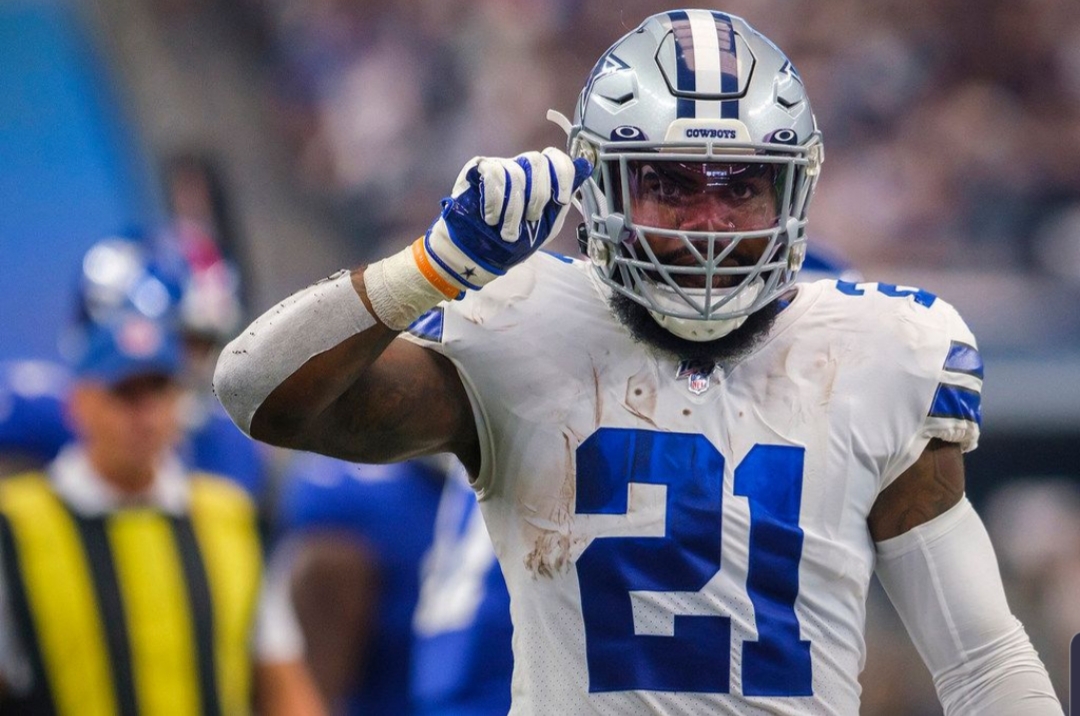 Since 2017, the Dallas Cowboys have done one thing about as well as any team in the league, dominate their division. When they take the field at Metlife Stadium Monday, they’ll be seeking their eighth consecutive win the NFC East. Since they acquired Amari Cooper in 2018, the Cowboys are a perfect 7-0 in division play. However, the driving force behind this divisional destruction is All-Pro Ezekiel Elliott.

Two seasons ago, Elliott served a six-game suspension after a long battle with the NFL over domestic violence accusations. He would only play in three NFC East games that season, and he made them all count.

In a rare occurrence, Elliott kicked off the 2017 season with a very productive 104 yards as the Cowboys crushed the New York Giants 19-3. The Cowboys wouldn’t play division game until Week 8 on the road against the Washington Redskins. Elliott would have one of the best rushing performances of his career as he ran for 150 yards on 33 carries, and the Cowboys won easily 33-19.

Having been eliminated from the playoffs, the Cowboys simply played for pride in the season finale against the Philadelphia Eagles. Elliott once again went over the century mark with 103 yards, giving him a 100-yard game in each division game he played during the season and the Cowboys won 6-0.

The Cowboy’s first two-division games of the 2018 season were against the Giants and Redskins. Elliott only rushed for combined 111 yards and the team went 1-1. However, the final three games of division play Elliott participated in were a clinic. He had games of 151, 121, and 113 yards and the Cowboys won all three games. The team was 4-1 in the games Elliott played in the NFC East. He sat out the season finale to rest for the playoffs.

2019 has seen the Cowboys continue their stranglehold on the division. Elliott had minimal preparation time for the season opener vs the Giants due to his contract holdout, and he had a pedestrian 53 yards on 13 carries. In the two-division games since, however, the two-time rushing champ was back to his dominant ways. He rushed for 111 yards in both games as the Cowboys won convincingly against the Redskins and Eagles.

This current run of dominance by Elliott within the division is quite impressive. The Cowboys are 10-1 vs the NFC East since 2017 in games Elliott has played in. Also, he has eight 100-yard games over that span. The Giants are currently 22nd in the NFL stopping the run. I expect another big game for Ezekiel Elliott Monday night as he continues to feast on every defense within the division.

Stay tuned for more coverage of the Dallas Cowboys from Matthew Lenix throughout the season. NGSC Sports, we never stop.