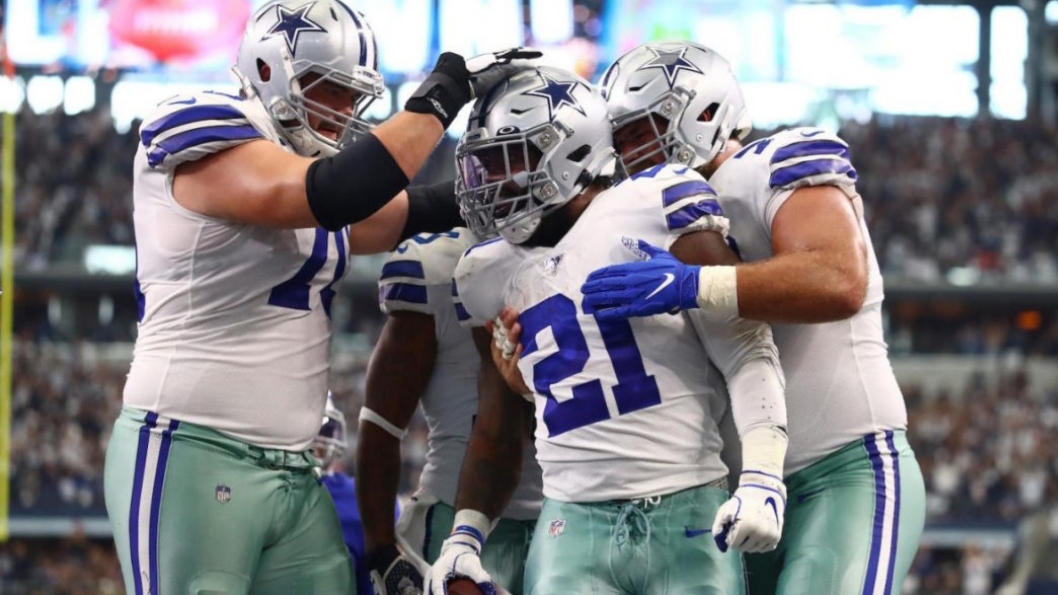 It seems like only yesterday the Dallas Cowboys were 3-0 with a two-game lead in the NFC East. Dak Prescott was one of the leading candidates in the early MVP race with 920 yards and nine touchdowns. All-Pro Ezekiel Elliott’s 289 yards was the best three-game start of his career. Defensively, they were allowing just under 15 points per game in the first three weeks. Now, the Cowboys are trending downward as it’s been nearly a month since their last victory which has allowed the Philadelphia Eagles to draw even for the division lead.

This current losing streak started with a trip to New Orleans three weeks ago to face the Saints on Sunday Night Football. This game would be a struggle for the Cowboys offense mainly because the offensive line was manhandled in the running game all night. Elliott only managed 35 yards on 18 carries which put the Cowboys in too many second/third and long situations throughout the ball game. Turnovers would also kill two potential scoring drives as the normally reliable Jason Witten and Elliott fumbled on back to back drives to end the first half.

Even though Elliott scored the games only touchdown the Saints would only need four field goals to pull out a 12-10 victory. A masterful performance by the defense went to waste thanks to there being minimal running lanes for Elliott and untimely turnovers.

The Green Bay Packers have been a thorn in the Cowboys side during the past decade. Coming into their Week five matchup the Packers had won seven of the last eight against the Cowboys since 2009, which included three consecutive wins in Dallas. The Packers wasted no time taking advantage of two Prescott interceptions and built a commanding 17-0 halftime lead, that quickly ballooned to 24-0 early in the third quarter.

Prescott would lead three consecutive scoring drives and pulled the Cowboys to within 14 early in the fourth quarter, but his third interception led to a Packer’s field goal that put the game out of reach. The Cowboys would lose their second straight game in large part to Packers running back Aaron Jones having a career-high 182 all-purpose yards (107 rushing, 75 receiving) and scoring four rushing touchdowns, the most ever by a Cowboys opponent. The most alarming stat of the game was the fact that the Packers put up 34 points without Aaron Rodgers throwing a single touchdown.

Last Sunday against the New York Jets was looked at as a bounce-back game for the Cowboys after a few rough weeks. Unfortunately, games have to be played on the field and this wouldn’t be the Cowboy’s most impressive performance.

Quarterback Sam Darnold made his return from Mononucleosis that kept him on the sidelines since Week one. However, if you didn’t know any better you would think he just played football the day before. His two first-half touchdown passes helped the Jets build a 21-6 halftime lead. The Cowboys rode the coattails of Elliott in the second half as he gained 70 yards on 18 carries. Even though the Cowboys outscored the Jets 16-3 after halftime they ultimately fell short 24-22 after a failed two-point conversion attempt in the final minute.

Now, the Cowboys are backpedaling into this Sunday’s game with the Philadelphia Eagles in desperate need of a big win at home. They received great news on Friday, though, in terms of their injury situation. Barring any setbacks, ESPN’s Todd Archer reported that Tyron Smith, La’el Collins, Amari Cooper, Randall Cobb, and Byron Jones would all be available to play after being listed as questionable all week. The Cowboys will need all hands on deck in this crucial game for the top spot in the NFC East, especially with their season spiraling at a rapid pace with three consecutive losses. This game needs to be approached as a must-win if the Cowboys want to keep hopes of a second straight playoff berth alive.