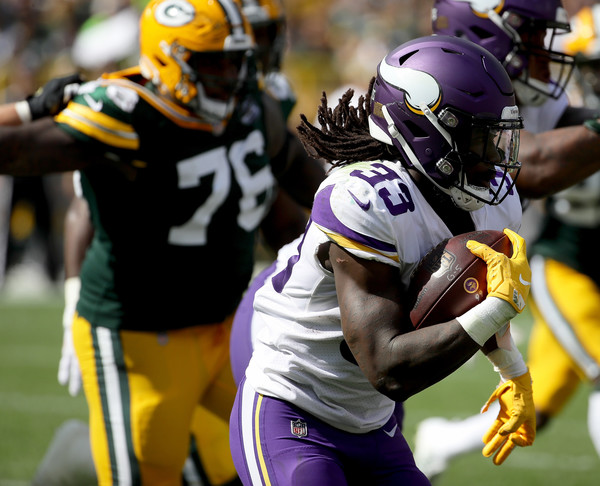 There is a favorable fantasy football matchup for one of the league’s leading rushers, Dalvin Cook. Here are few players that owners must start and a few that should be on the bench for Week 7.

1. Dalvin Cook- Running Back- Minnesota Vikings- Cook rushed for 583 yards this season and goes against the Detroit Lions 27th overall run defense. Fantasy owners who took a chance on Cook despite his injury history reaped the rewards and will continue to do so.

2. Kyler Murray- Quarterback- Arizona Cardinals- Fantasy Owners may see Murray on the start them list often at the rate he’s passing the ball. The Cardinals have a big game against the New York Giants and are on a two-game winning streak. It seems the Cardinals offense has chemistry, which is good news.

3. John Brown- Wide Receiver- Buffalo Bills- Brown was a cold streak before he caught five passes for 75 yards last week. The Bills take on the 0-5 Miami Dolphins so fantasy owners know how this will go. Expect Brown to really get back on track and probably have one of the best days of his career.

1. Kenyan Drake- Running Back- Miami Dolphins- Drake wasn’t consistent at all this season. Take into account the Dolphins face the Bills juggernaut defense.

2. D.J. Moore-Wide Receiver- Carolina Panthers- Some fantasy owners will disagree with this assessment but don’t get mad just yet. Moore is back on track but the Panthers face the San Francisco 49ers and their number one pass defense in the league. Starting Moore would be a risk.

3. Kyle Rudolph- Tight End- Minnesota Vikings- Rudolph is on a cold streak. he would be best to bench him this week.

Gardner Minshew- Quarterback- Jacksonville Jaguars- Minshew is doing a great job passing the ball and may not start much longer. Nick Foles may return soon.

Be sure to join us next week for more fantasy football starts and sits.