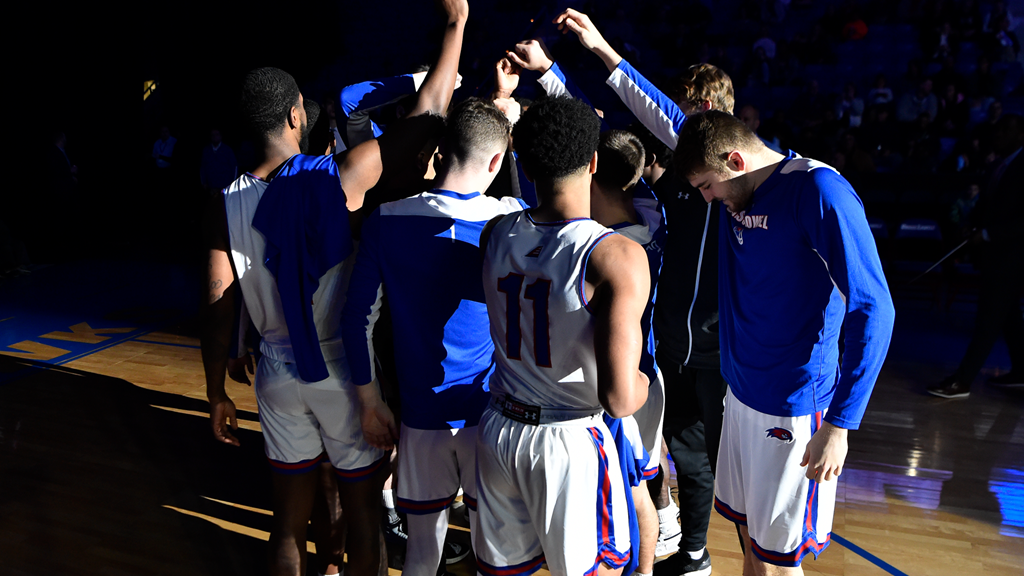 The River Hawks received 38 points to match their high placement in the poll since joining the conference in 2013-14. Last year, Head Coach Pat Duquette‘s squad compiled a Division I program record 15-17 overall record, including a 7-9 mark in conference games to finish fifth in the America East standings.

Reigning America East Champion Vermont was the unanimous first-place selection in this year’s poll with 68 points. UMBC picked up 53 points to finish second, while Stony Brook (48 points) and UAlbany (47 points) placed just ahead of the River Hawks in third and fourth, respectively. Binghamton and Hartford placed tied for sixth in this year’s preseason poll with 23 points apiece. Maine followed with 15 points to take the eighth spot and New Hampshire rounded out the standings with 13 points.

For just the second time since joining the conference, a River Hawk was named to the Preseason All-Conference Team. Lutete returns for his final season after having led the team with 18.7 points and 7.6 rebounds per game, and a 53 percent clip from the field.

UMass Lowell opens the 2019-20 season on the road against in-state foe Massachusetts on Tuesday, November 5.