Boston College pounds their way to a victory over N.C. State, 45-24 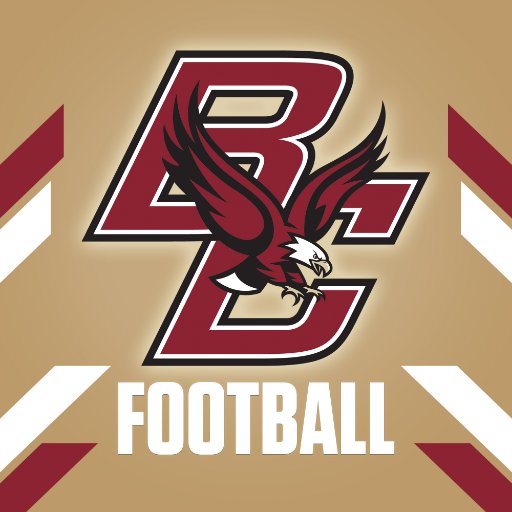 With a backup quarterback in tow, the Boston College Eagles took a simple approach to their game with North Carolina State. Keep the ball on the ground between the tackles and go from there. Boy did it work. Backed by an offensive line that controlled the line all day and two running backs, A.J. Dillon who went over two hundred yards on the ground, and his running mate, David Bailey who went over one hundred himself. For the game, the offense smashed their way to over four hundred on the ground and the Eagles win their second ACC game and their fourth overall 45-24 over N.C. State.

The story of this game was the Eagles’ ability to run the ball at will. The 420 yards on the ground matches the most ever vs the Wolfpack back on Nov.16, 2013. The Boston College offensive line did a number on the front seven of N.C. State finishing the game with 429 yards on the ground, averaging 7.2 yards per rush. They opened big holes all game long for the running backs who ran hard and broke tackles when needed. North Carolina State’s defense came into this game ranked number one in rushing defense giving up only 47 yards per game. But on Saturday, they were no match for the Eagles offensive line on this day. To make matters worse for the Wolfpack, they were facing the second-best rushing offense in the conference. Boston College was averaging 222.7 yards per game.

As good as the offense was, it was the defense that put the Eagles on the board first. Boston College (4-3,2-2) played the field position game in the first quarter and it paid off. Pinned deep on their own side of the field, the Eagles defensive back Jason Maitre picked off his first career interception and returned it eight yards for the first score of the game. It would be the beginning of a good day for the Eagles defense that would also produce two goal-line stands and hold the Wolfpack to 56 yards on the ground and 366 for the game.

Meanwhile, the offense did their thing with Dillon who ran for 224 yards and three scores.  Afterward, he said, ” the offensive line blocked their butts off”. Even he was surprised at what they did on the afternoon, saying “not expecting what we did today”. His running back mate, David Bailey, went for 182 yards and two scores including a 54-yard score that was his longest as an Eagle. Backup quarterback Dennis Grosel managed the game very well in the first start of his career. He was replacing Anthony Brown who was out with an injury. His numbers of 6-for-15 for 103 yards may not look like much, but he did not turn the ball over, was not sacked, and threw the ball away when he had nothing. His Coach Steve Addazio said ” He was very good today” and thought his running backs “ran hard through contact.”

The offense would score five touchdowns, all on the ground. An interesting note is that the Eagles’ wideouts only caught three balls on the afternoon. Tight end Hunter Long was the man in Saturday’s passing attack as he caught three balls for 84 yards, including a 51-yard screen pass in the first quarter.

Coach Addazio also had high marks for linebacker Max Richardson. He had 10 tackles on the day, one sack, and three tackles for loss. The coach agreed he was all over the field on Saturday. He coach said his staff put together a great game plan for State. He was also very happy with the way his offense established the run. Boston College was coming off a bye week, which helped them to get ready for this game and to get some players recharged.

North Carolina State (4-3,1-2) used all three of their quarterbacks on Saturday. The best of the trio was Devin Leary who went 15-of-33 for 259 yards and three scores. Most of the yards and a couple of the touchdown throws came after the game had been decided. Devin Carter had a big game catching the ball with six catches for 140 yards, while Thayer Thomas caught two touchdowns passes, both from six yards out.

Next week will be a challenge for the Eagles as they head to Death Valley to take on Clemson. North Carolina State stays on the road to take on Wake Forest.