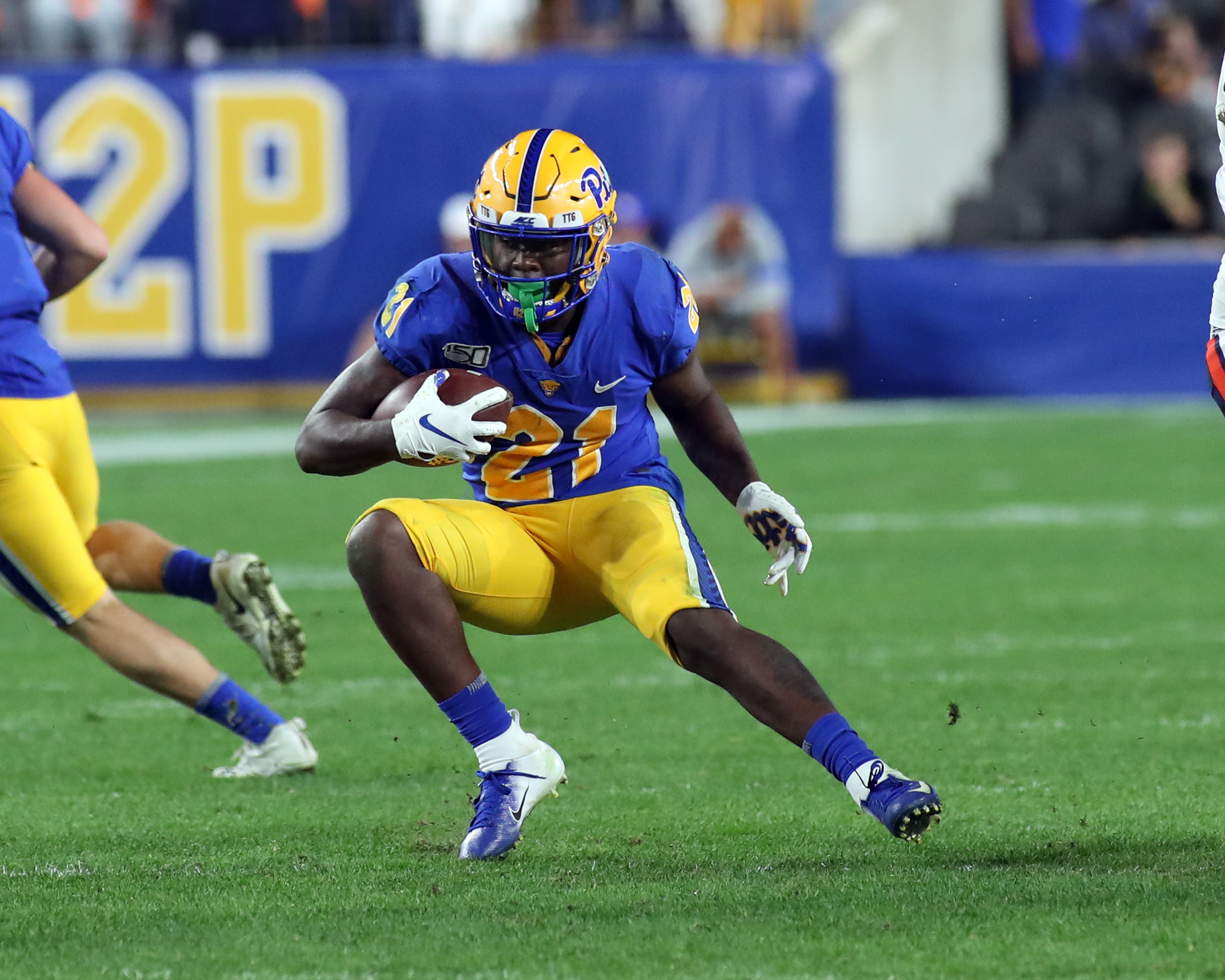 Welcome to the most comprehensive Pitt Panthers Game Day Preview on the internet! This is your one-stop shop for everything you need to know about Pitt and their upcoming opponent! Mike Drakulich (@SportsNationPIT) brings you inside the huddle for both teams, providing all fans with a game story, Pitt’s Path to Success, score prediction, game information, a detailed breakdown of each team, including individual stats, team stats, and team injury reports. Heck, you’ll even know the weather at kickoff! The only thing you’re missing is a game uniform!

Last Saturday at Heinz Field did not go as planned by Pitt head coach Pat Narduzzi.

The Panthers had been on a roll since dropping a heart breaker to their rivals across the state 17-10. They were favored by 5.5 points and it was Homecoming. Honestly, gazing down the schedule, Pitt seemingly would not find itself an underdog in any remaining game on their schedule. All they had to do was keep winning and wait till Virginia tripped up and the ACC Coastal would be theirs for a second year in a row.

“Tough one for our kids, tough one to swallow,” he said Monday during his weekly news conference. “Not only Saturday after the game but even Sunday. As you watch the tape, didn’t play our best ballgame, and for whatever reason sometimes that happens.”

To add salt into the wounds of a fresh loss, Virginia would indeed lose later that day.

“I don’t know what it was. Again, give Miami credit,” he said. “They’re a good football team, top-15 defense in the country, and I think anytime you face that, you’re going to come up against some things.”

So, the Panthers find themselves in the same position as they were in last week. They are favored by 7.5 as they head down to Atlanta to face the Georgia Tech Yellow Jackets, who are 2-5 overall, and 1-3 in the ACC.

That one win was against Miami…

With the ACC Coastal still a possibility, the Panthers need to learn from last week and play each game as if it’s their last.

“I think adversity if you’ve got a bunch of tough guys, which we do, that’s easier than handling the success that you have at times, and we had some success,” Narduzzi said. “We figured we’re going to find a way to get it done, and sometimes you just are one step behind, one play behind and don’t get it done. Who knows?

“Sometimes you’ve got to get slapped upside the face to figure it out, and, hopefully, they felt it. It didn’t feel good, and we have to respond.”

The defense has played superb. It’s the offense that has been plagued by questionable play-calling, lack of killer instinct, and brutal dropped passes.

“At the end, we got an opportunity to make probably three catches in that two-minute situation and don’t,” Narduzzi said. “We got a chance in that four-minute situation, which we’ve talked — it seems like — all year about, practicing those situations at the end of games, and again, obviously we failed in both those opportunities.”

Pitt tight ends coach Tim Salem is doing his best to correct these mistakes by his receivers.

That, though, has been in practice. What about the crucial drops that have plagued this team all season?

“If I start making an issue of it, you start writing in the newspaper. The kids start reading it. I got a problem,” said Salem.

“How about some damn compliments and positive stuff and just build on that and everything else feels good? That’s how I’m looking at it.

“If I start making it a problem, it is a problem.”

Despite the miscues which clearly drive him crazy, coach Salem can only try to teach positive thoughts.

“Whether you drop one pass, two passes or 100 passes, you can’t let plays get away from you,” he said. “That’s just so many yards you could have gained.”

Hopefully the message Salem is trying to teach will be embraced by his players.

“I would say since a couple weeks ago — through our head coach right on down — it’s very positive, very full-speed, let’s stay focused on the moment,” he said. “Something screws up, just keep going.

“We went to practice (Tuesday), and there was a lot of juice and energy, which is nice. Coaching is fun. So good. We’ll get it figured out.”

Gone is Paul Johnson’s triple option attack, in is Geoff Collins and his spread option offense.

Pitt’s defense has been up to the task all season long. Georgia Tech has some fast players, but so did Miami, and Pitt held The U to just 208 total yards.

It’s time for the offense to rise up and take control, especially with just four games left, and the possibility of the ACC Coastal crown still within reach, especially the rushing attack, which will likely be without the services of Todd Sibely, who led the Panthers in rushing last week vs Miami with 54 yards.

“I liked what I saw out of him,” the coach said of Sibley. “He’s big, physical and he was running hard and running with a little bit of attitude and confidence.”

Now it will be up to A.J. Davis, Vincent Davis, and V’lique Carter to shoulder the load.

“He might not be our short-yardage back, but I like what he does in there,” Narduzzi said of Carter. “He can run on the outside and go, but if he hits a hole inside, it’s just a matter of time when he hits one and it’s gone.

“If he hits one and there are some holes like Qadree Ollison and Darrin Hall had last year, he’s going to be gone. Now, is he going to break a million tackles? But I do like how physical he was, regardless of his size. There are a lot of guys that size in the NFL that run hard.

“He’s starting to figure it out. It takes time to figure out how to play with your pads down, and you can be small and still be physical.”

With the Yellow Jackets inability to stop a rush of 1st graders on their way to a candy table, Saturday will be a good time to see what Pitt’s RB’s can produce when given the chance. Tech is giving up 226.3 yards per game on the ground.

Pitt is 8-5 overall vs Georgia Tech

Has done well when his number has been called.

Has all the talent in the world. Being implemented into the passing attack more each week.

Tech’s best weapon. Leads the team in rushing and touchdowns.

Bad! The Yellow Jackets are giving up 411.9 total yards per game, with an astounding 226.3 on the ground. While they have nine turnovers to their credit, they’ve only gotten to the opposing QB 12 times.