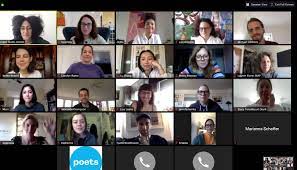 Hartley: So Ryan, you’ve been known to enjoy the McDonalds food at the Olympic Village. Tell us about that.

Lochte: Yeah, one of my favorite parts of staying in the Olympic Village was I could go to the 24-hour McDonalds and eat whatever I wanted.

Hartley: What would be your typical meal?

Hartley: How many times a day did you do this?

Hartley: What else did you like about the Olympic Village?

Lochte: It was a great opportunity to meet many different athletes from many different countries. I enjoyed those times and have many lasting relationships with swimmers from all over the world.

Hartley: Now let’s shift to you, Katie. Being a world-class athlete, I assume you were the greatest athlete ever to go to Little Flower School in Bethesda, Maryland. True?

Ledecky: Actually, I’ve heard some other guy says he was a better athlete.

Hartley: Oh really. Who is he?

Ledecky: It’s you. You wrote an article right before the 2016 Olympics saying you’re the greatest athlete in the school’s history and I’m the second-best.

Hartley: Do you agree?

Ledecky: Well let me ask you a few questions. Have you ever won a Gold Medal in the Olympics?

Ledecky: Have you ever won a Gold Medal in any swimming event in your life?

Ledecky: What were you good at in sports?

Hartley: Everything I played except swimming. That was basketball, baseball, football, and tennis. I won 11 MVP awards at Little Flower.

Ledecky: And then what?

Hartley: I became an athletic bust. Peaked in eighth grade.

But Katie, I’m supposed to be interviewing you.

Ledecky: In your article, you said there are only busts of athletes in Little Flower School’s lunchroom, one of me and one of you.

Hartley: That was for dramatic impact.

Ledecky: That’s not true. You need to get your facts straight. Swimming is a serious sport and nobody takes you seriously.

Hartley: OK, moving on. Michael, as you know America has legalized marijuana in many states. How do you feel about this trend?

Phelps: Honestly, I think it’s a good thing. If people want to smoke pot and they’re not endangering other people, and it can make them feel better, then I think it’s OK.

Hartley: How do you feel about swimmers taking advantage of marketing opportunities?

Phelps: I’m all for that. I think Wendy’s should sponsor this young phenom you wrote about for SwimSwam, Phoebe Bacon. She would be the perfect person to endorse the Wendy’s Baconator. Man what a sandwich.

Hartley: You sponsored Subway for years. What’s your favorite sub they have?

Hartley: OK that wraps up today’s Zoom call. Stay tuned for more roundtable Zoom calls with swimmers heading into the Trials in June. 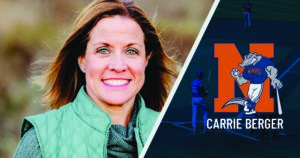