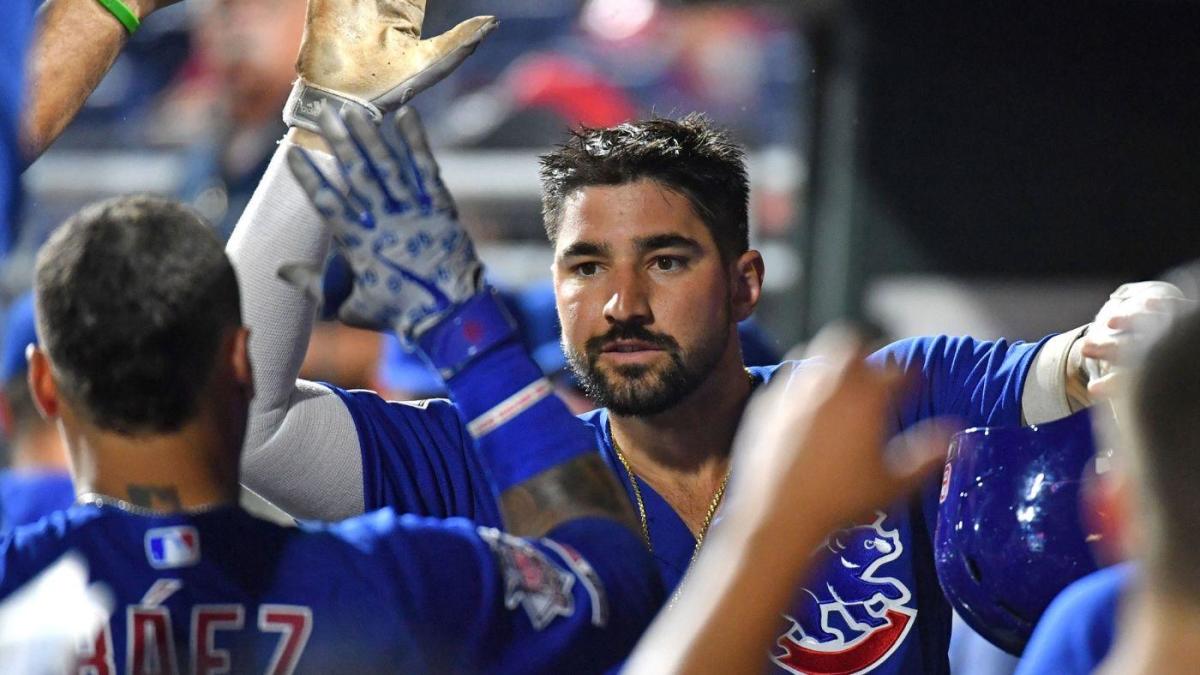 The prior week in MLB was about an outfielder in the National League making history, a rookie slugs his way into the record books, and a pitcher in the American League will have a new role when the playoffs begin.

Chicago Cubs outfielder Nicholas Castellanos made history this past weekend, as he crushed his 58th double of the season against the St. Louis Cardinals, he’s only two doubles shy of becoming the first player in 83 years with 60 doubles.

Nicholas Castellanos picks up his 58th double of the year!

It’s just the 10th time in @MLB history a player has hit 58 doubles in a single season. pic.twitter.com/qHxE2owGwi

He’s the first right-handed hitter to accumulate at least 57 doubles since 1936 when it was accomplished by Hall of Famers Billy Herman (57) of the Chicago Cubs in 1935 and Joe Medwick of the St. Louis Cardinals (64) in 1936.

Castellanos is just the third hitter since 1950 with at least 57 doubles in a season, joining Carlos Delgado and Todd Helton, who both reached the mark in 2000, per Jordan Bastian of MLB.com.

There are just six players in baseball history who have tallied 60 or more doubles in a season.

The outfielder has been a welcome surprise for the Cubs as they acquired him at the trade deadline. Castellanos had 37 doubles with the Detroit Tigers and is at 21 with the Cubs.

He’s just the fourth player to have 20 or more doubles with two teams in the same season, per Eric Stephen of SB Nation.

Speaking of Castellanos, he has 20 doubles with the Cubs after hitting 37 with the Tigers. He’s just the 4th player ever with 20 doubles for 2 different teams in the same season, along with Cliff Floyd (2002), Shannon Stewart (2003), and Randy Winn (2005)

Castellanos will be a free agent at the end of the season and should receive contract offers from several teams, given his terrific 2019 campaign.

New York Mets first baseman Pete Alonso is having a 2019 season for the ages.

The rookie slugger crushed his 50th home run of the year against the Cincinnati Reds a couple of days ago.

A special moment for a special player. ❄️???? pic.twitter.com/lGOdlSMwzm

Alonso is the second rookie to hit at least 50 home runs in a season, joining New York Yankees outfielder Aaron Judge, who had 52 homers in 2017, per ESPN Stats & Info.

Alonso is just the fifth MLB player to record a season with 50 or more home runs this decade, per Tim Healey of Newsday.

Most home runs in a season this decade:

Alonso is the favorite to win the National League Rookie of the Year and will probably garner some MVP votes as well.

New York Yankees starting pitcher CC Sabathia will have a new role when the postseason begins.

Yankees manager Aaron Boone mentioned several days ago Sabathia will pitch out of the bullpen for the remainder of the regular season to prepare him for a relief role in the postseason, per Randy Miller of NJ.com.

Cc Sabathia will pitch out of bullpen twice in final week of #Yankees season to get ready for bullpen role in playoffs, Boone just said.

Sabathia will be entering uncharted territory by pitching out of the bullpen.

The left-hander has made 560 regular-season appearances in the majors to date, and all have been as a starting pitcher.

Sabathia has one relief appearance in his career, and this occurred in Game 5 of the 2011 American League Division Series against the Tigers.

The 2019 season for Sabathia hasn’t been great as he’s been placed multiple times on the injured list with a knee issue.

He made MLB history earlier in the season when he became the 17th pitcher and third left-hander in history to tally 3,000 strikeouts.