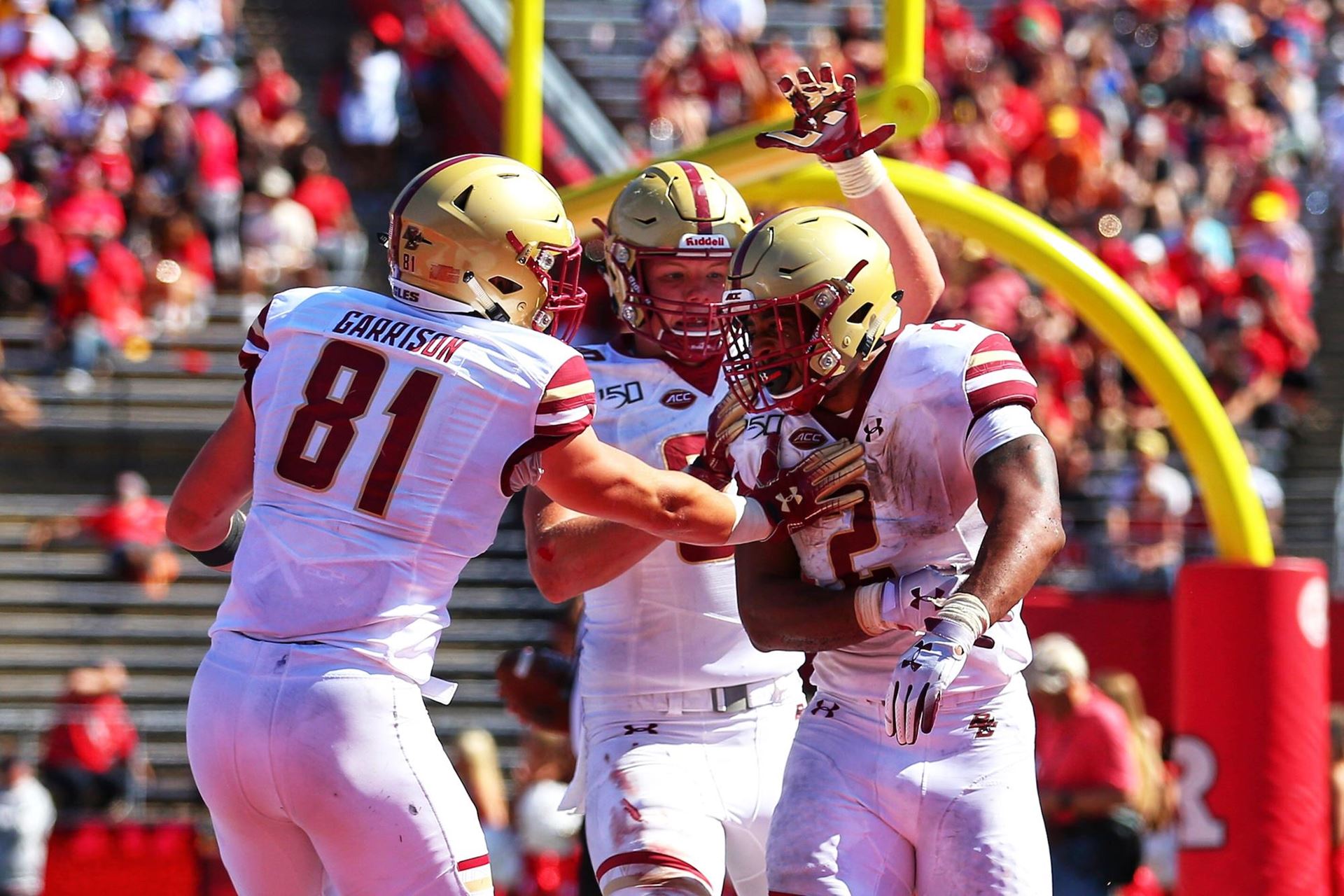 PISCATAWAY, N.J. — For the first time since 2003, Boston College earned road victory over a Big Ten opponent as the Eagles came away with a 30-16 victory at Rutgers Saturday afternoon.
The Eagles moved to 3-1 with the win, while the Scarlet Knights dropped to 1-2.

BC totaled 272 yards on the ground, including a 42-yard touchdown run by David Bailey on the first drive of the game.

Junior running back AJ Dillon led the way with his 14th career 100-yard game rushing for 150 yards and two touchdowns in the victory.

A 74-yard hookup between Rutgers’ Artur Sitkowski and Raheem Blackshear tied the score, 7-7, with 6:54 to play in the first.

Quarterback Anthony Brown got the lead back for the Eagles in the second on a one-yard sneak up the middle. The score came off a lost Scarlet Knight fumble that set up BC at the Rutgers 12-yard line.

Despite the strong first-half effort on the ground, the BC running attack hit its stride in the second half. Dillon went over 100 yards on the game and reached the end zone on the first possession of the third quarter to cap off an 82-yard drive.

Dillon reached the end zone again, a four-yard run, to cap a 75-yard drive that chewed up more than six minutes off the clock.

WHAT’S NEXT
Boston College hosts Wake Forest on Parents’ Weekend on the Heights at 3:30 p.m. next Saturday. The game will air on ACC Network.