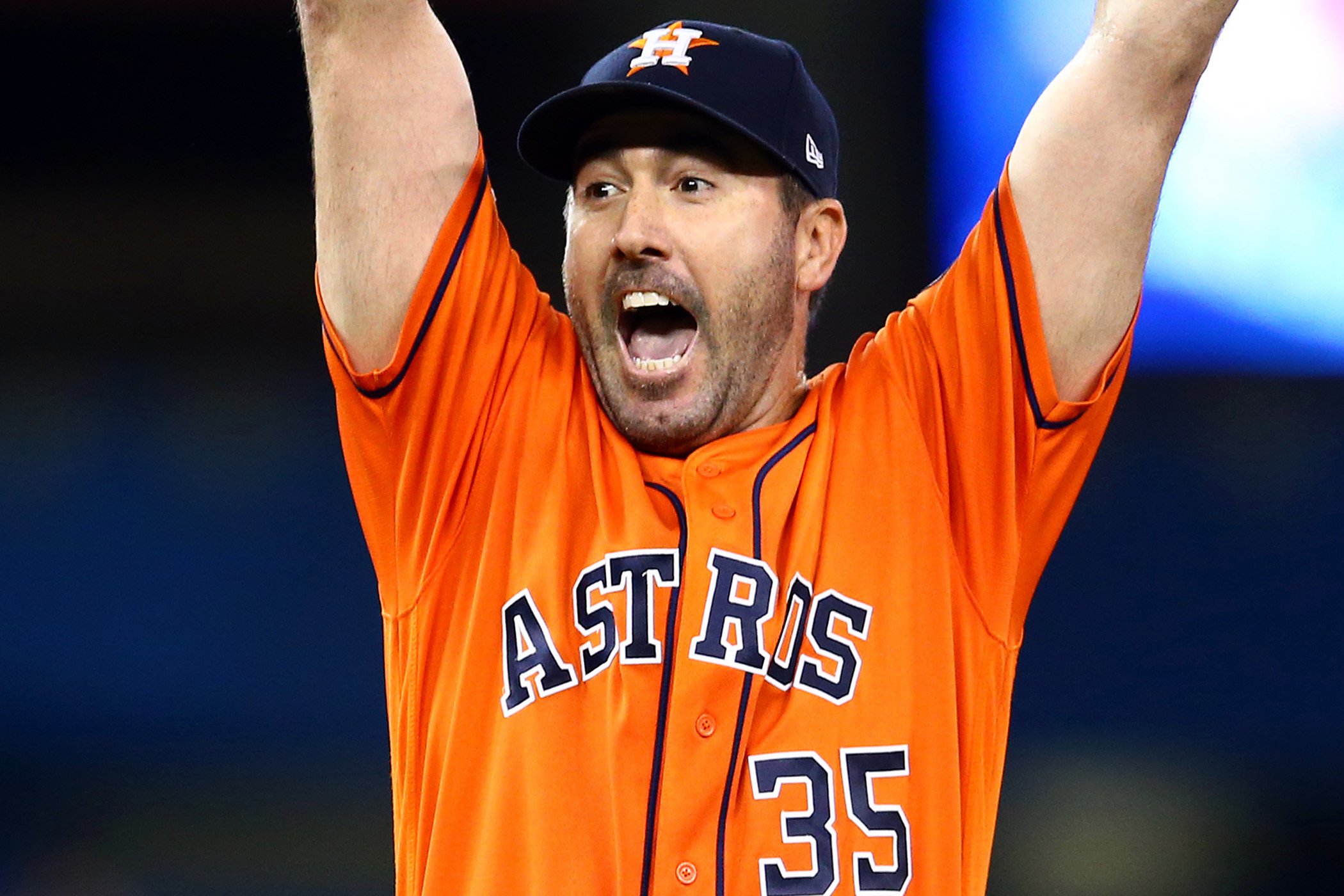 Major league baseball has entered its final week of the season.

With the playoffs right around the corner, the 2019 campaign has been one to reflect on. The game continues to develop through analytics, and as always there were plenty of storylines.

Some players and teams jumped off the page while others fell short of expectations. The rest remain right where we expected them to be.

The American League rookie of the year in 2018 was a hotly contested debate between Shohei Ohtani, Gleyber Torress, and Miguel Andujar.

This year the competition isn’t really close in either the AL or NL.

Yordan Alvarez of the Houston Astros and Pete Alonso from the New York Mets have dominated all season, putting up historically good numbers.

Starting with Alvarez, the rookie left-hander has added a dimension to the Astros lineup they haven’t had the last couple years. The balance of a left-handed power threat in the middle of the line up is significant.

Alvarez, who has only played 82 games on the season, is hitting a sensational .326 with a .422 on-base percentage. On top of that, he has picked up the slack when injuries to Altuve, Springer, and Correa hit throughout the season.

On the other side of things, the “Polar Bear” Pete Alonso has established himself as the second coming of Aaron Judge in 2017.

Not standing quite as tall at 6-foot-7, but Alonso’s presence has been felt near the top of the Mets’ lineup all year long. His 50 home runs are second all-time for a rookie behind only Judge himself.

The Mets have had yet another rough year, but Alonso’s rise to stardom has certainly served as an offensive bright spot.

The comeback player of the year awards goes to two players who were both Yankees in 2018.

One still plays for the pinstripes, while the other needed a change of scenery to find his footing again.

Starting with Gary Sanchez, the two-time All-Star catcher has re-discovered his footing in 2019 both behind the plate and at the batter’s box. He has reminded people why he was regarded as the best offensive catcher in 2017.

Despite a slightly slower second half of the season, the catcher has 34 home runs and an OPS of .850. His passed ball issues have also become a thing of the past.

All around outside of a couple of IL stints, Sanchez has been a mainstay for the Yankees in a year of excessive injuries.

As for Sonny Gray, it is fair to say things just didn’t work out in New York. Whether it was the spotlight or the heavier offenses of the AL East, Gray and New York weren’t a match.

Just one year later in quiet Cincinnati Ohio and Gray has a 2.80 era with a top-20 whip, that sits just behind Max Scherzer, Clayton Kershaw, and Lucas Giolito.

Gray blamed the Yankees for forcing him to use a slider more than he would’ve liked. Perhaps he just needed a new home to prove once again what he can do.

After facing a 50-game domestic violence suspension, Roberto Osuna’s career wasn’t only over with the Jays, but it was in jeopardy all together.

Combine that with the Astros parting ways with Ken Giles and a huge closer role opened up for the 2017 champs.

Combined with Ryan Pressly and Will Harris, Osuna has given the Astros as formidable of a late-game relief corps as there is in all of baseball.

Out in the NL West, Kirby Yates has put together the best season for a relief pitcher in 2019.

If the Padres weren’t such a lowly team yet again, Yates might’ve been able to show just how electric he is come postseason time. A true underrated star.

Let’s be honest, the American league cy-young competition is between Gerrit Cole, Justin Verlander and nobody else is even close.

Verlander’s resurgence has only continued though, and his stats across the board are all slightly better than Cole’s. Outside of strikeouts of course, but not by much.

He is putting up closer numbers over a span of 200 innings pitched while hoisting the load as the ace on the favorites in the Houston Astros. Verlander’s impact has been nothing short of amazing, and the hardware should no doubt be his this season.

The national league is where things can get interesting.

Hyun-Jin Ryu was the best pitcher in all of baseball through the first 4 months of the season. Then August hit, and things haven’t been the same since.

His era has jumped from 1.45 on August 11th to 2.41 as of September 22nd. Albeit still good numbers and an expected regression to the mean, it is concerning for it to happen at this point in the season.

Nonetheless, the cushion he built as the Dodgers’ ace was so large that he could stumble a bit and still be the favorite. That is the case here for Ryu.

Sometimes voters will look for ways to not give deserving managers their due credit, while blaming it on a talented roster.

In this case both Aaron Boone of the New York Yankees and Brian Snitker of the Atlanta Braves have proved their worth and have certainly made a difference.

For Boone, he became the first manager to have consecutive 100-win seasons to start his career. Granted his Yankees are perhaps the most talented team in baseball, the feat is nothing to scoff at.

In 2019, he has etched himself in as one of the games premier managers.

His team has suffered a major league baseball record 30 players hitting the IL, some making multiple trips. For Boone, he has figured out a way to get the best out of his players day in and day out.

Combined with his track record proving how he won’t hesitate to go to war for his players, Boone has to be the odds on favorite for the award.

Brian Snitker hasn’t faced the same injury issues Boone has. Instead, he has just helped his incredibly young team continue to develop towards their ultimate potential.

Their 96-61 record sits as the fourth best in all of baseball, and proves they belong in the same tier as the Astors, Yankees and Dodgers.

With a top 8 offense and a top 8 pitching staff, Atlanta continues to play impressively balanced baseball behind Snitker. His work deserves serious recognition.

Both of these picks could understandably draw some criticism. There is a method to the madness though, and a reason these two are the right picks

Starting with LeMahieu, there is no argument that there are players with better stats. Mike Trout should get the award without a doubt if it were all about numbers.

Personally speaking, I am tired of giving the award to a player who can’t even smell the playoffs. I value winning, and LeMahieu has brought just that to the Yankees.

With every projected opening day starter spending time on the IL except for Gleyber Torres, LeMahieu has shouldered the load.

His 26 home runs and 100 RBI are nice. However he leads all qualified American League hitters with a .393 average with runners in scoring position. He is also second in overall batting average sitting at .329.

Combined with his versatility to play third base, second base, and first base, LeMahieu deserves the award. He contributes to a winning team, and that should be the most valuable thing accounted for.

In the national league, the decision to pick Cody Bellinger isn’t nearly as outlandish. Still, he has tough comparisons when going against Christian Yelich.

Bellinger and Yelich have been going at it statistically all season, with Yelich holding the edge for the most part throughout the season.

However, a knee injury sidelined Yelich for the rest of the season, as the Brewers attempt to hold on to the second wild-card spot.

Again though, I am a firm believer in the award going to the best player on the best team. That is Bellinger on the Dodgers.

His 46 home runs are phenomenal, as they trail only Pete Alonso and Eugenio Suarez. Combined with an ops of 1.032 and a .302 batting average, Bellinger doesn’t have slouch numbers.

For the team most likely to represent the national league, he is the most valuable.