Dillon Grabs Consecutive ACC Running Back of the Week Awards 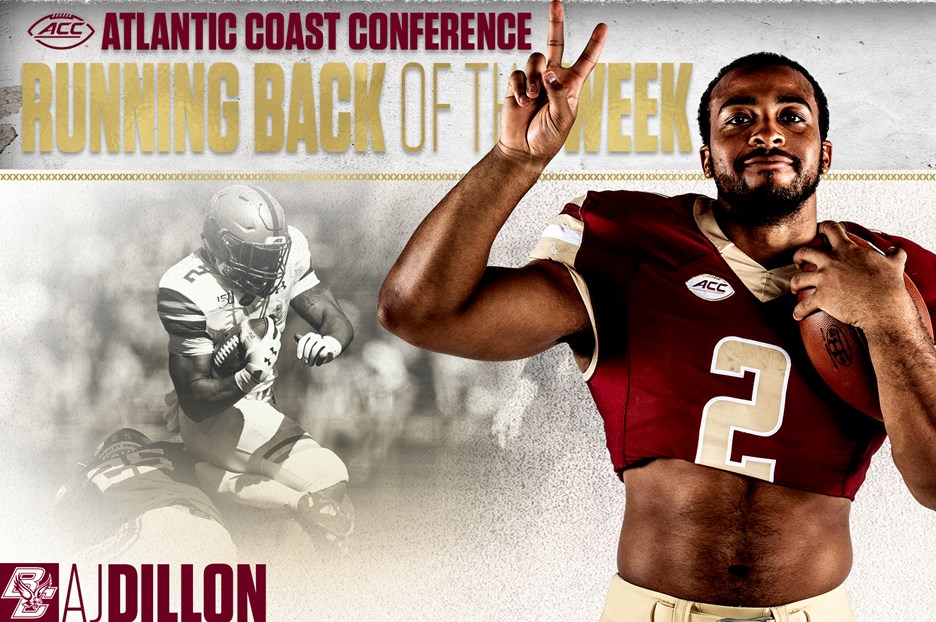 GREENSBORO, N.C. – Boston College junior running back AJ Dillon earned his second straight ACC Running Back of the Week honor as announced by the conference on Monday afternoon. It marked the seventh such honor in Dillon’s career and was shared with Florida State’s Cam Akers.

Dillon rushed for 150 yards and two touchdowns in the Eagles’ 30-16 win at Rutgers on Saturday. It was his second consecutive 150-yard game and ninth of his career. Dillon’s 14th career game with 100 rushing yards or more are tied for the fifth-most in BC history and currently ranks second-most among active running backs in the country.

For the season, Dillon has rushed for 468 yards, which ranks sixth in the nation and second in the ACC. His six rushing touchdowns are also sixth in the country and lead the league. Dillon is up to sixth on the all-time rushing list at BC with 3,165; 339 yards back of Troy Stradford (1982-86).

Boston College is at home this weekend against Wake Forest. Saturday’s kickoff is set for 3:30 p.m. on ACC Network from Alumni Stadium.