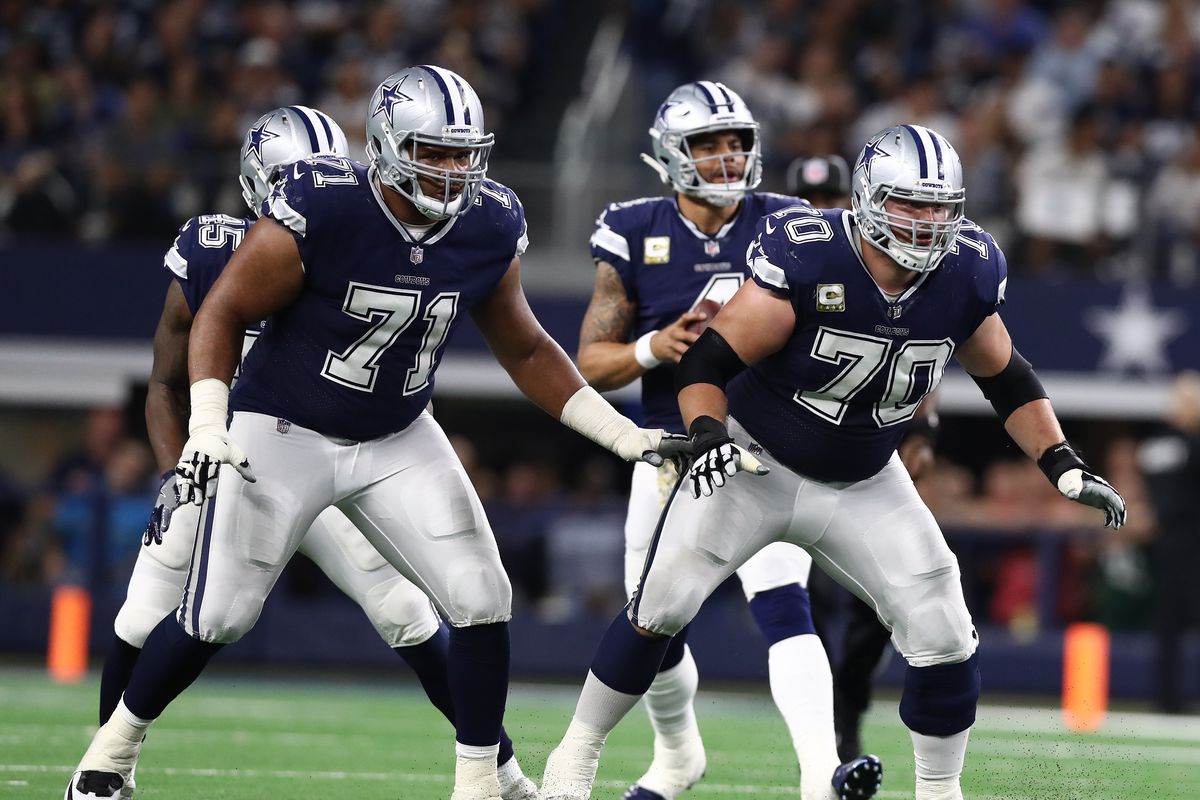 The Dallas Cowboys have built a reputation as one of the best offensive lines in the NFL over the last half-decade. Currently, they may not be quite what they were from 2014 to 2016 but nonetheless last season they blocked for the league’s top-ranked offense.

Tyron Smith, the elder statesman of the group, will be the anchor at left tackle as he’s been since he entered the NFL in 2011. Even though he missed three games for the fourth consecutive season he played his most snaps since 2015 and was called for his fewest penalties since 2016. He’s still one of the best left tackles in the sport even with the lingering injuries.

Zack Martin is considered by most as the best guard in the NFL. Since entering the league in 2014, Martin has been selected to the Pro Bowl and received All-Pro honors every season. In 630 pass-blocking snaps in 2019 Martin didn’t allow a single sack. He’s hasn’t allowed a sack since Week 14 of the 2018 season and has only given up eight in his career in 3,711 pass-blocking snaps. Simply put, Martin is as dominant as any player in the NFL at any position.

The surprise of the Cowboys offensive line last season was La’el Collins. After signing a five-year, $50 million dollar deal with $35 million in guarantees Collins was dominant. According to PFF, he was the fourth-highest graded offensive tackle in 2019, third amongst right tackles, finishing just behind Ryan Ramcyzk of the New Orleans Saints and Lane Johnson of the Philadelphia Eagles. He proved he was a top-five tackle in the NFL last season and a cornerstone for the Cowboys offensive line for the foreseeable future.

Collins and Smith were ranked 10th and 3rd for offensive tackles and Martin was ranked 2nd for all interior lineman in CBS Sports list of the top offensive linemen heading into 2020.

Joe Looney will more than likely take over the top spot at center for the recently retired Travis Frederick. It won’t be the first time, though, as he filled in for him in 2018 while he battled Guillain Barre-Syndrome and missed the entire season, and performed pretty well. Rookie center Tyler Biadasz will have time to learn and develop behind him.

Connor Williams has been serviceable at left guard and at times has been pretty good, he just needs to be more consistent. He’ll have an uphill battle after suffering a torn ACL last season. Also, Connor McGovern will be on his heels for the left guard spot as well.

The Dallas Cowboys will once again have one of the NFL’s best offensive lines in 2020.