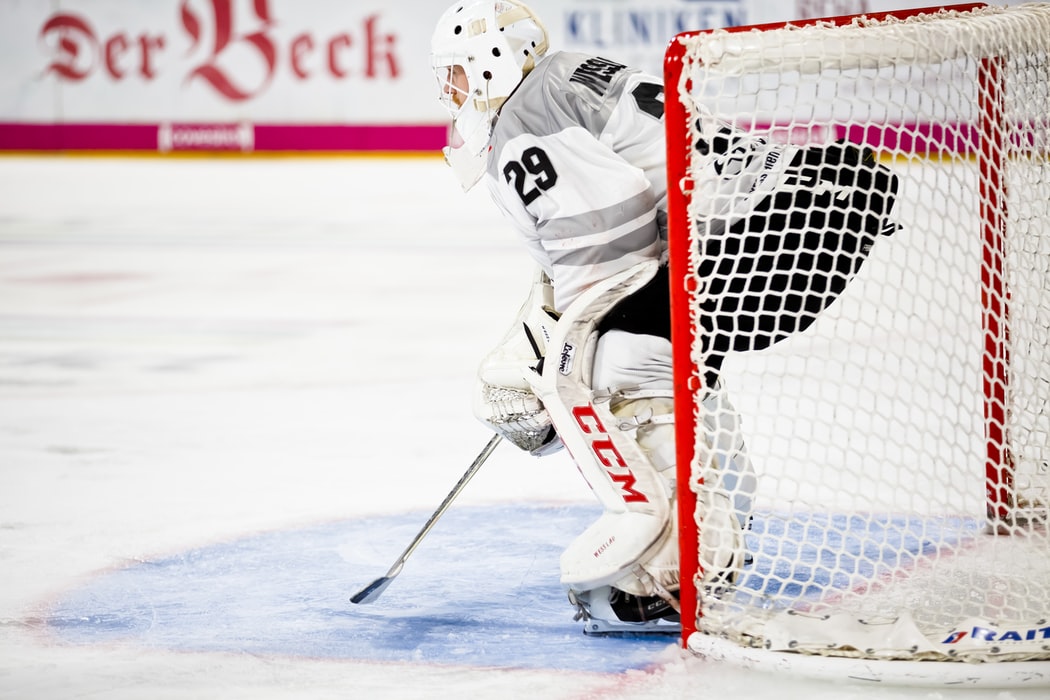 The sports world finds itself flummoxed, flabbergasted, and frustrated. This is a holy mess requiring rapid rectification.

All the world’s sports honchos are jonesing to reopen their sports. But they’re confounded as to how and when.

Analysis paralysis torments their minds and jerks us around.

To minimize coronavirus cases, they can’t figure out how many people should be allowed to attend the games in person. Vexing them all night long is whether to finish the regular seasons or start right in with the playoffs.

It really isn’t complex. Logic solves all problems. All these sports leaders need to do is adhere to these straightforward guidelines and sports will consume a disproportionately large chunk of our lives once again.

NBA players should double down as hockey players for the next few months. They should join the NFL hockey playoffs.

LeBron will play goalie for the Los Angeles because he’s big and has fast-twitch hand-eye coordination and because he lives in Los Angeles, which makes all of this convenient for him.

The sports world needs a happy LeBron. His goalie equipment will have to be custom-made because he’s six foot nine – taller than any NHL goalie ever. That special gear will be expensive. But stimulus checks will handle that like everything else that needs to be paid for these days.

His team will win the Stanley Cup because no one will score on him. He will do down as the greatest goalie in NHL history and will be the first guy to be inducted into the NBA and NHL Halls of Fame.

All Canadian NBA players will be highly coveted by NHL teams because they undoubtedly played hockey as kids and are more skilled than the American NBA players. It’s all because of where they were born. Canada equals hockey. America equals Sammy Sportface.

Forget the rest of the NBA’s regular season. No one was going to watch it anyway. Allow every NBA team into the playoffs except for the Wizards, because they’re worse than most Division III college teams.

NBA players will have their games on the nights when the NHL playoffs are not played. It will get busy, but getting’ busy gives pleasure.

Make each NBA game a one-game sudden death. Overtime games will be decided by penalty kicks by soccer players booting basketballs into the basketball hoop. This takes tremendous skill so the overtimes could last several hours but who cares? We don’t have anything else to do.

The shortened playoff schedule will end the season by September – three months later than usual. Everything is late these days. Sports is just one of them. Lateness is in vogue. Embrace that.

Make three-point shots worth 10 points. That way we will see more long-range bombing. That’s entertaining. So what if they miss a bunch. Balls flying through the air mesmerize.

Amid this 10-point pandemonium, strategies will have to be adjusted. It will make less sense, for example, to shoot anything but 10 pointers. Inside basketball play will become obsolete. Cut all centers and forwards. Field 12 shooting guards on each team. Draft some good college shooters if you need to fill your rosters.

Steph Curry will score 160 points in one game, breaking Wilt Chamberlain’s single-game record by 60. That will be a Sports Center Top 10. But 160 won’t break Wilt’s other record of 20,000. Sports are the great equalizers.

Allow 10 fans into each NBA stadium. Spread them out as far as possible – way up in the rafters — so that if even if they shout at each other they won’t be heard. Peacefulness is needed. People talk too much anyway.

Charles Barkley should broadcast all the games simultaneously over Zoom. He should eat Baconators during the broadcasts and tell us how delicious they are. During halftime, he should show us tutorials of him swinging a golf club. We can all learn from his swing.

Major League Baseball players should compete in the NBA playoff games. Make sure the games are at night because the baseball games will be played during the day.

Mike Trout will play power forward for the Lakers. LeBron won’t pass him the ball because he won’t be confident Trout can score.

The Houston Astros will be the only MLB team that won’t play in the NBA games. Instead they will steal basketball signs. When LeBron puts up the number 1, they will bang on the trash cans next to the bench twice. That will signal to his teammates that LeBron is going to drive and tomahawk dunk the ball.

When LeBron puts up the number two, the Astros will bang on the trash cans three times. That will mean LeBron will rifle a four-seam fastball at Anthony Davis for an alley-oop windmill dunk.

When LeBron raises three fingers, that means three Astros players will sit behind the opponent’s bench and listen in on their strategy so they can plot to cheat and beat them.

Professional tennis players will join the professional soccer league because many of them are from Europe. All Europeans excel at soccer. Before they became tennis stars, Roger Federer and other European tennis stars were schoolboy soccer phenoms. Roger That.

Complicated scheduling will irritate many. Tennis players will have to play their matches and then fly on empty planes to other countries to plays soccer matches – all in the same day. It will get tiring for them. But these athletes are well paid, so they need to earn their bank and we need to see tennis players compete on the soccer pitches.

Everybody needs to loosen their belts and take a gulp of Crush Grape Soda. Reopening the sports world will be simple. All we have to do is make these seamless adjustments.

The world has changed.

And so must we.