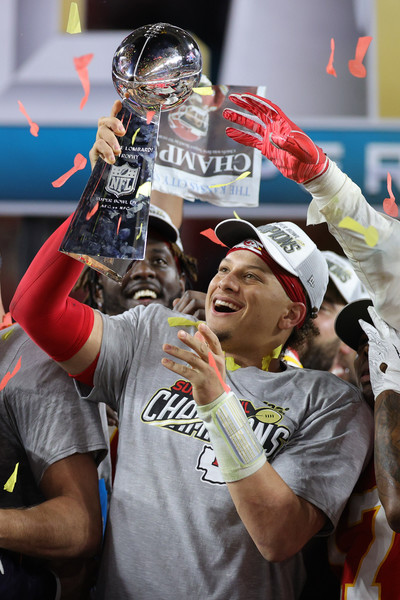 Share
Tweet
Share
Share
Email
Comments
The Kansas City Chiefs will be the most electrifying offense in the NFL in 2021. Patrick Mahomes will be the top passer in the NFL and will of course benefit from throwing to Tyreek Hill, Mecole Hardman, Sammy Watkins, and Travis Kelce. Running backs Damien Williams and rookie running back Clyde Edwards-Helaire and will be one of the top duos in the league. The Chiefs have a lot to look forward to as they have an offensive unit that simply isn’t fair to defend against. It will be hard-pressed to name any defense that has a chance to slow this unit down, let alone shut it down.
The Chiefs were the sixth-best offense overall and the Ravens were the second-best offense in the NFL in 2019. The Chiefs were slowed down by injuries to Mahomes and Hill.

One unit that is catching up to the Chiefs potent group of scorers is the Baltimore Ravens offense. All of the talk about how Lamar Jackson will never be a good quarterback, let alone an elite one, went away very quickly in 2019. Jackson looked like a bulked-up passer which really helped the dual-threat out of Louisville. There were early concerns that his light frame was a problem. The thought was that Jackson would be vulnerable to big hits and injuries. His durability was not a guarantee. No one should question Jackson’s durability and passing ability in 2020. Many doubters will start thinking about throwing the “Madden Curse” argument into a debate about Jackson. The “curse” disappeared along with the Chiefs Super Bowl drought. Mahomes wasn’t affected by the silly conspiracy theory. No one should expect Jackson to suffer the grim fate of the “curse” this season.
The Ravens will have a balanced offense which will feature Jackson, running back Mark Ingram, Receiver Marquise Brown, and rookie running back J.K. Dobbins out of Ohio State. The running game and a top dog defense was the identity of the 2000 Super Bowl Champion Baltimore Ravens. The team won the Super Bowl again in 2013. The Ravens consistently rushed for over 100 yards per game in the 2000 season (12 of 16 games). Is history close to repeating itself?