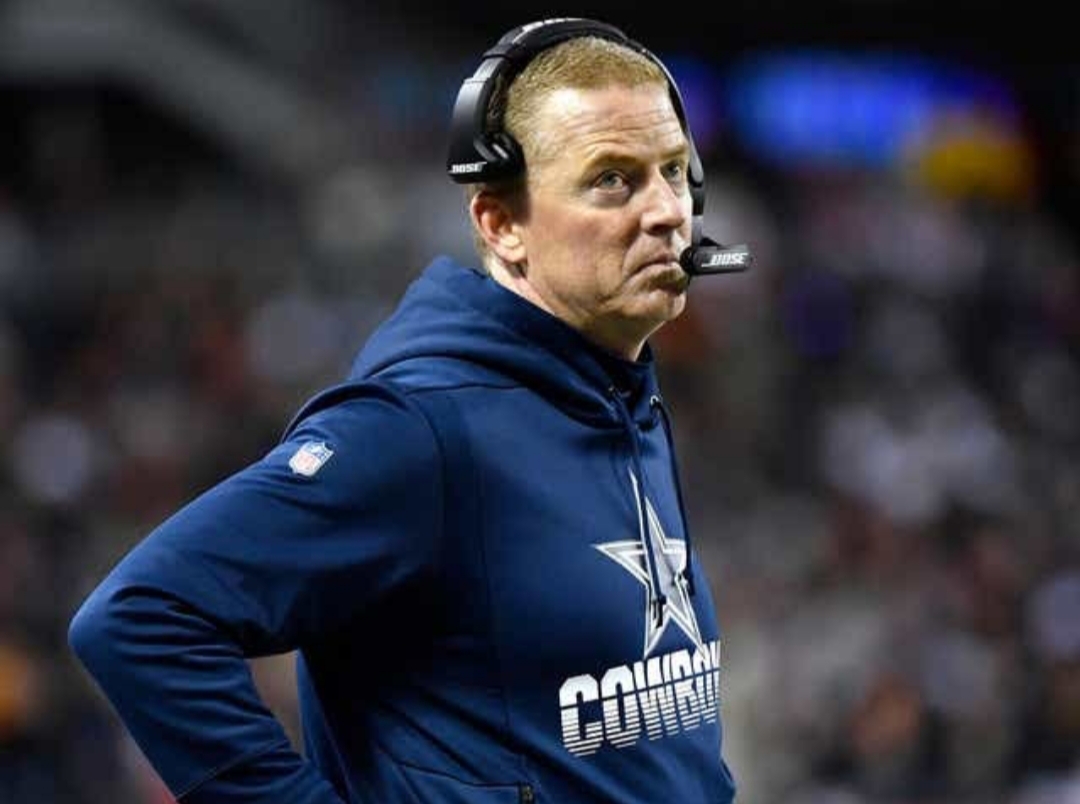 The Jason Garrett era in Dallas is slowly coming to an end. Since taking over on an interim basis in 2010 after the firing of Wade Phillips, Garrett has only produced three division titles and two playoff wins.

With an organization like the Dallas Cowboys that simply isn’t good enough. After all, we’re talking about five Super Bowl titles, countless nationally televised games each season, and arguably the most recognizable brand in all sports. In Garrett’s only three playoff appearances (2014, 2016, 2018) the Cowboys had teams that were looked at as championship contenders but never made it past the divisional round.

So far this season, Garrett has guided the Cowboys to a disappointing 6-7 record with multiple three-game losing streaks during the first 13 games. Former Dallas Cowboy and NFL Hall of Famer Troy Aikman laid into not only Garrett but the entire organization during Thursday nights loss to the Chicago Bears.

“I don’t know how you come back from this. I really don’t,” Aikman said. “For the last two weeks, we’ve heard from them that they are going to get it going. They had a chance at home against the Buffalo Bills to finally beat a team with a winning record. That didn’t happen. They got embarrassed in that game. They come here against a team that had a lot to prove but was struggling in a lot of areas and it was the same old story.”

He continued to lay into Garrett, Cowboys owner Jerry Jones and the players as well.

“Even though we knew before this game kicked off that it didn’t matter if they lost, they were still going to be in contention. I don’t know how you sell that if you’re Jason Garrett or Jerry Jones or anyone. When you have a performance like that to say ‘Hey! But we’re still alive. We’ll go play this week against the Rams and it’s all right out in front of us.’

“I don’t think the players hear that. I wouldn’t hear it if I were them. And this is on the players as much as it is the coaches. They’ve got to be better. I’m not sure I’d even talk to the team this week. I’d just say ‘Let’s just go play next week and you guys figure it out.’ But the talk is over and it has been over for a while.”

With this being said, the Cowboys are already doing their due diligence when it comes to exploring other options at head coach according to NFL Network’s Jane Slater.

Jerry Jones says Jason Garrett will remain the coach but I can confirm a very real interest in Urban Meyer. In fact, I'm told Stephen Jones spoke with him recently. Lincoln Riley remains a strong candidate & file this name as a possibility Clemson OC Tony Elliott per sources.

Let’s start with the former University of Florida and Ohio State head coach Urban Meyer. His reputation in the college ranks is impeccable. He won three National Championships during his collegiate coaching career including the 2014 title with the Buckeyes when he coached All-Pro Ezekiel Elliott. Just recently, he talked about how attractive the Cowboys job would be and even spoke with team exec Stephen Jones and the interest between both parties is very real.

Another strong candidate is Oklahoma Sooner’s head coach Lincoln Riley. He has led the Sooners to the College Football Playoff in each of the previous two seasons, which also produced back to back Heisman Trophy winners Baker Mayfield and Kyler Murray, who both went number one overall in the NFL Draft. Currently, he has Oklahoma in position to make a third consecutive CFP appearance with a win over Baylor in the Big 12 Championship Game. Also, he could very well have a Heisman finalist again as Quarterback Jalen Hurts has had an impressive season. Pretty strong resume Riley brings to the table.

According to Patrik Walker of CBS Sports, another possible candidate is former University of Washington’s head coach Chris Petersen who recently stepped down in order to recharge himself. His ties to the Cowboys run pretty deep as current offensive coordinator Kellen Moore, All-Pro DeMarcus Lawrence, and Tyrone Crawford all played under Petersen at Boise State. This connection with the organization will definitely work in his favor if talks heat up in the future.

One thing seems all but certain and that’s a divorce between the Cowboys and Jason Garrett. Two playoff wins in a decade for an organization as storied as the Cowboys is unacceptable. Unless Garrett can pull off a miracle and make a deep playoff run he’s likely headed for a pink slip, and even if he does, it still seems like a new voice and direction is needed in Dallas.