Football is Dead, so Highlander Crew Stops at Vineyard to Drown Sorrows 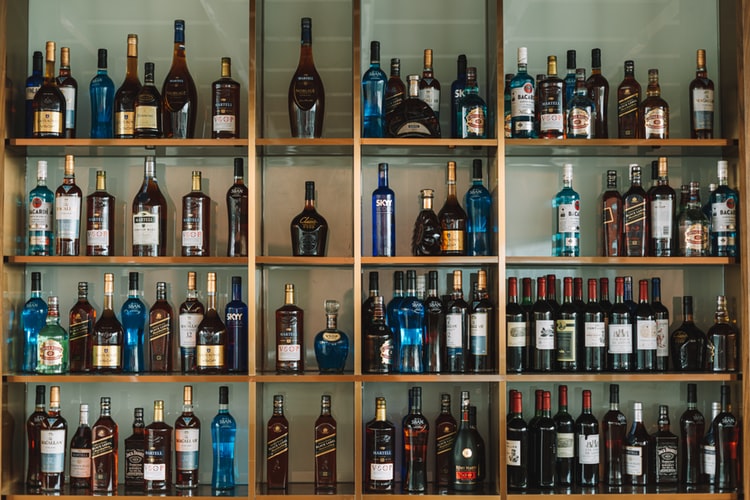 “Where the hell are we?” asks Kraft.

“No we aren’t,” said Belichick. “We went through there several hours ago. Don’t you remember, we picked up Ricky in Idaho and smoked a bone. I think we got so high we haven’t said anything to each other in 480 miles. We’ve been off in our own mental chambers pondering the end of the world.

Stop to drink wine at Bledsoe’s

“I have a plan for our next stop,” he added. “We’re going to Walla Walla, Washington to Drew Bledsoe’s house. He’s got wine vineyards galore. We’ll go there and drink a bunch of wine and get hammered.”

“But Bill, you broke the guy’s heart when you wouldn’t give him his starting job back and kept Brady as the starter,” said Belichick. “Bledsoe is not going to want to see you.”

“I don’t want to see him either, but I want to drink a bunch of wine because I’m finding that the only way to cope with this insane situation is to either get high or drunk. Besides, Walla Walla is on the way to Seattle so we won’t have to deviate from our path much, not that we have cared about that this entire trip.”

Ricky’s up for anything including drinking wine.

“And while we’re drinking wine we can get higher and get Drew to get high with us,” he said.

And off they went, bent on Walla Walla or bust.

“Don’t you think we should call Drew before we just drop on him?” asked Kraft.

“No because Drew hates me and won’t allow us to come,” said Belichick. “We need to just barge in.”

“Hey, Drew. We’re all high and figured we would like to get drunk while we’re at it. So can we come in and drink a bunch of bottles of your wine?”

“You didn’t give me my starting job back, Bill,” said Bledsoe. “I’m still angry about that. I could have won six Super Bowls.”

“Drew, let’s move on and just get hammered,” said Belichick.

Is that you, Ricky?

“Wait a minute. Why are you four guys together? Are you Ricky Williams, the guy who quit football to go to Timbuktu to smoke pot?”

“Yes, Drew, and I’ve been wasted every day since. In fact, I got all these guys high after they picked me up in the tumbleweeds near a highway in Idaho.”

“I read about that on the Sammy Sportface blog,” Bledsoe said. “Without Sammy, no one in the sports world would know anything going on. Why are you guys together?”

“We’re on our way to get Tom Brady back to the NFL?”

“Oh, Jesus, it’s all about Brady again. Brady, Brady, Brady. I moved to nowhere Washington to get away from ever hearing his name again. And now I have to hear about you guys sucking up to get him back. Sportface also broke the story that Brady is going to the XFL and has recruited Julian Edelman and Antonio Brown to play with him. But none of this matters because the coronavirus ended sports forever. There will be no more XFL, NFL, or football.”

“Right, and that’s why we got high and want to guzzle your wine,” said Belichick. “But one condition: We have to practice social distancing as we drink. Each of us will spread out around your house in different rooms and take a bottle with us. We will drink alone. And we won’t talk to each other. Just drinking. I like to do everything without other people around.”

“Makes a lot of sense, Bill,” said Bledsoe. “This coronavirus is ruining civilization. And we humans should never touch each other or be near each other ever again. Interpersonal relationships should never be tolerated anymore. But we can drink. And that will save us.”

“And I’ll give each of you a joint to smoke by yourselves,” said Ricky. “Let me know if you need more than one. I have enough pot to roll us 47 joints without leaving Bledsoe’s crib.”

Bledsoe directs each of the four men to a different room: Belichick in the basement; Kraft in the den; Goodell in the TV room; and Ricky in the master bedroom.

“Go to those rooms and I’ll bring you the wine bottles,” he said. “I’ll drink in my kitchen.”

The men spread out with their booze and dope. They think about what they’re doing and wonder how it came to this. But they don’t care. Nothing matters. Their worlds have crashed into oblivion.

But they don’t even realize it. They’re gone, in outer space, floating in the clouds somewhere.

Bledsoe smokes his joint. Fifteen minutes later, he starts thinking about what’s going on and finds the whole thing disconcerting.

He feels a sneeze coming on. He rushes to Kraft’s room. And then sneeze’s all over Kraft’s face, a torrential downpour of germ-laced respiratory droplets.

“Take that, old man,” he says. “I’ve been waiting to sneeze on you for years. And now is the perfect time.”

“Go ahead and sneeze on me some more,” said Kraft. “My empire has fallen. Brady is gone. Football is history. But it sure feels good to be high.”