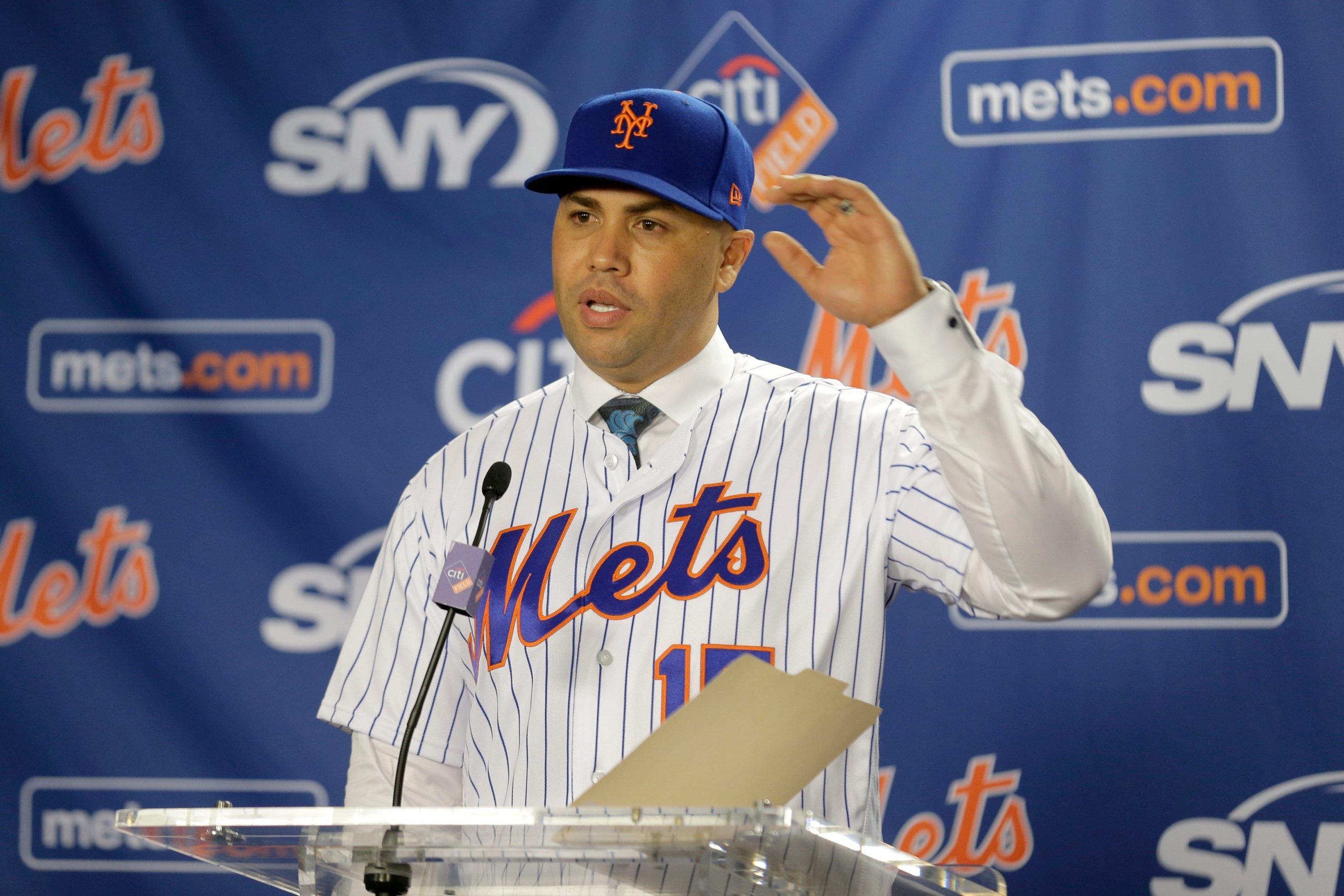 The last week in MLB was about another team looking for a new manager due to the sign-stealing scandal, a club in the American League will be interviewing a veteran manager, and a third baseman signs a contract.

The New York Mets will be looking for a new manager as Carlos Beltran has decided to step down, per Tim Brown of Yahoo Sports.

Carlos Beltran has told the Mets it is best if he steps down. Looks like the direction this will take.

The past week Major League Baseball was in the headlines due to a report about the sign-stealing scandal involving the Houston Astros and Boston Red Sox.

Astros manager A.J. Hinch and general manager Jeff Luhnow were both fired after being suspended for one year by MLB.

Beltran was the only other individual named in the report who still had a job before stepping down.

The former player stepping down was the right move.

He would have been a distraction for the team with spring training merely a couple of weeks away, and the questions would continue heading into the regular season.

The Mets and Beltran provided a statement about the decision to step down, per Tim Healey of Newsday.

Official: The Mets say they and Carlos Beltran mutually agreed to part ways.

“We agreed this decision is in the best interest of the team,” Beltran said in a statement. “I couldn’t let myself be a distraction for the team. I wish the entire organization success in the future.” pic.twitter.com/QMPArlFXjI

The Mets will go through the interview process once again to hire another manager.

The top two candidates for the Mets would be Eduardo Perez, and their bench coach Hensley Muelens, per Bob Nightengale of USA TODAY.

Eduardo Perez, the runner-up for the #Mets managerial job, along with Mets bench coach Hensley Muelens, now emerge as two of top candidates

Perez was the runner-up for the job before the Mets hired Beltran.

Muelens has experience being a coach and is multi-lingual, per Sam Dykstra of MiLB.

-Is already the #Mets bench coach, so he's been around this offseason
-Won three World Series as a Giants coach
-Managed the Netherlands in the WBC
-Speaks five languages (English, Dutch, Spanish, Japanese, Papiamento)

The Mets should have a new manager by spring training, and the focus will be on the team.

The Houston Astros will interview Dusty Baker next week, per Jon Morosi of MLB Network.

The team is looking for a new manager after the sign-stealing scandal that’s rocked the baseball world.

The Astros are signaling they want a veteran manager with stellar leadership skills as they’ve interviewed Showalter and Gibbons and will interview Baker.

The team needs someone with experience to guide the franchise through a turbulent time.

The Astros will be the most-watched team this upcoming season.

The Minnesota Twins have signed third baseman Josh Donaldson to a four-year, $92-million contract, per Mark Feinsand of MLB.com.

Per source, Donaldson will earn $84 million over the first four years of his deal with the Twins, with a $16 million club option ($8 million buyout). So it’s $92 million guaranteed, but with escalators and the option, the deal could climb to $104 million.

The deal includes a club option in the fifth year to increase the total value of the contract to $104 million.

Donaldson’s deal is the second-largest for a player at age 33 or older.

The only deal larger was the seven-year, $105-million contract given to Kevin Brown by the Los Angeles Dodgers in 1998, per Ken Rosenthal of The Athletic.

The former MVP was hampered by injuries in 2018 but showed he can make an impact when healthy.

The Twins will have a stacked lineup for the 2020 season, and let’s not forget, they set a major-league record with 309 home runs last year.

They attempted to add starting pitchers this offseason but came up short.

So, adding a player like Donaldson to make their lineup stronger was a smart move.