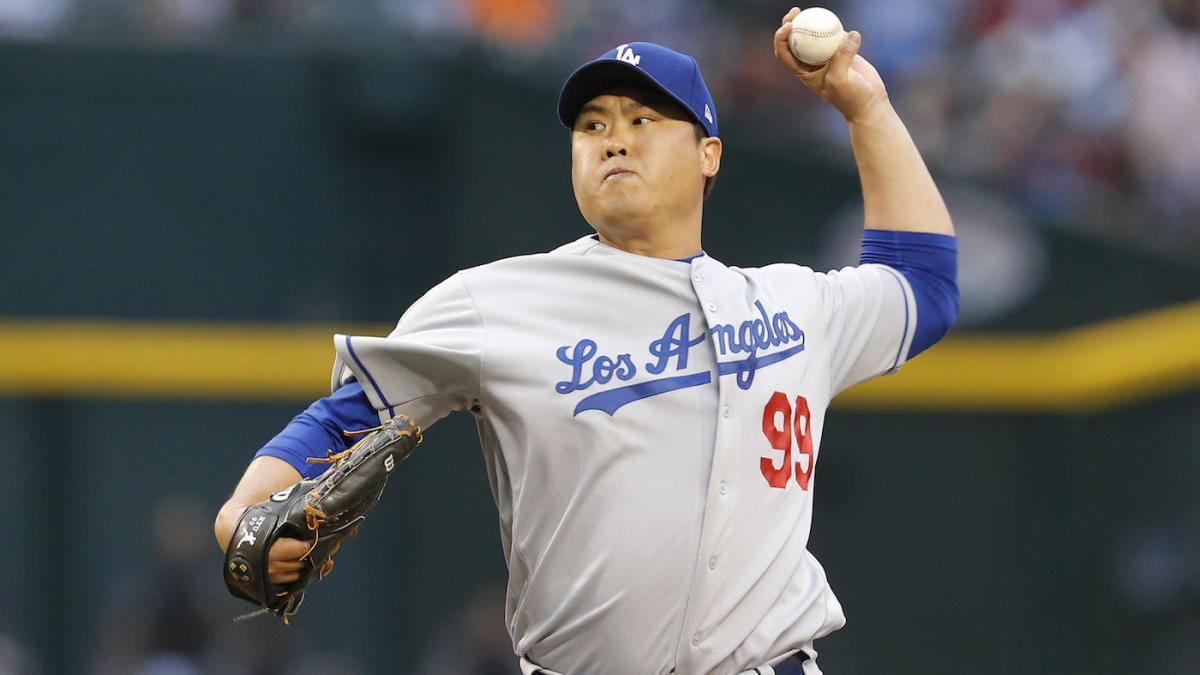 The last week in MLB was about a team in American League signing a starting pitcher, a club in the National League signs a reliever, and a team signs an outfielder to a multi-year contract.

The Toronto Blue Jays made a significant addition to their starting rotation several days ago, by signing starting pitcher Hyun-Jin Ryu to a four-year, $80 million contract, per Jeff Passan of ESPN.

BREAKING: Left-hander Hyun-Jin Ryu and the Toronto Blue Jays are in agreement on a four-year, $80 million contract, sources familiar with the deal tell ESPN.

The deal includes a partial no-trade clause and no opt-outs, per Mark Feinsand of MLB.com.

Ryu’s no-trade clause with Toronto is only a partial no-trade, not a full one, per source. Deal is 4 years/$80M with no opt-outs.

Ryu is coming off a stellar campaign with the Los Angeles Dodgers last year in which he led the National League with a 2.32 ERA and finished second in the Cy Young voting.

The Blue Jays have an ace for their rotation with the signing of Ryu.

The Blue Jays didn’t commit too much money long-term to Ryu, but there is some risk involved.

He was forced to miss the entire 2015 season due to a shoulder injury, and last year marked the first time since 2013 he tossed more than 180 innings.

Ryu showed that when healthy, he’s a good starting pitcher, and the Blue Jays are hopeful the left-hander will be healthy during the length of the contract.

The New York Mets made a significant addition to their bullpen a couple of days ago, when they signed reliever Dellin Betances to a one-year contract with a player option for 2021, per a team announcement.

‘Twas the night before Christmas…When we signed four-time All-Star RHP Dellin Betances (@DBetances68) to a one-year contract with a player option for 2021!

The contract is worth $10.5 million and can increase to $13 million if he appears in 70 games, per Jeff Passan of ESPN.

The player option for 2021 is worth $6 million, per Joel Sherman of The New York Post.

Betances also has a vesting player option for 2022 worth $1 million if he pitches 50 games in 2020, notes Sherman.

Betances appeared in just one game for the New York Yankees last season as he suffered a shoulder injury during spring training.

The Mets are hopeful that Betances will be healthy next season.

The bullpen was a weakness for the club last year, and the signing of Betances addresses that need.

The Miami Marlins have signed outfielder Corey Dickerson to a two-year contract, per Craig Mish of FNTSY Sports Radio.

Corey Dickerson has a 2 year deal with the Miami Marlins, pending physical.

The contract is worth $17.5 million, per Mark Feinsand of MLB.com.

Corey Dickerson and the Marlins are finalizing a two-year deal worth $17.5 million, per source. Pending physical. @JonHeyman had him going to the Marlins 1st.

The Marlins signing Dickerson was a smart move as he’s a solid outfielder.

He posted a .304 batting average and .906 OPS with 12 home runs and 59 RBIs in 78 games he split between the Philadelphia Phillies and Pittsburgh Pirates in 2019.

Dickerson was forced to miss a big chunk of last season due to a fractured foot but has been very durable in his career, as indicated by him appearing in at least 130 games in four of his seven seasons.

The addition of Dickerson will be useful for some of the younger players on the Marlins’ roster.