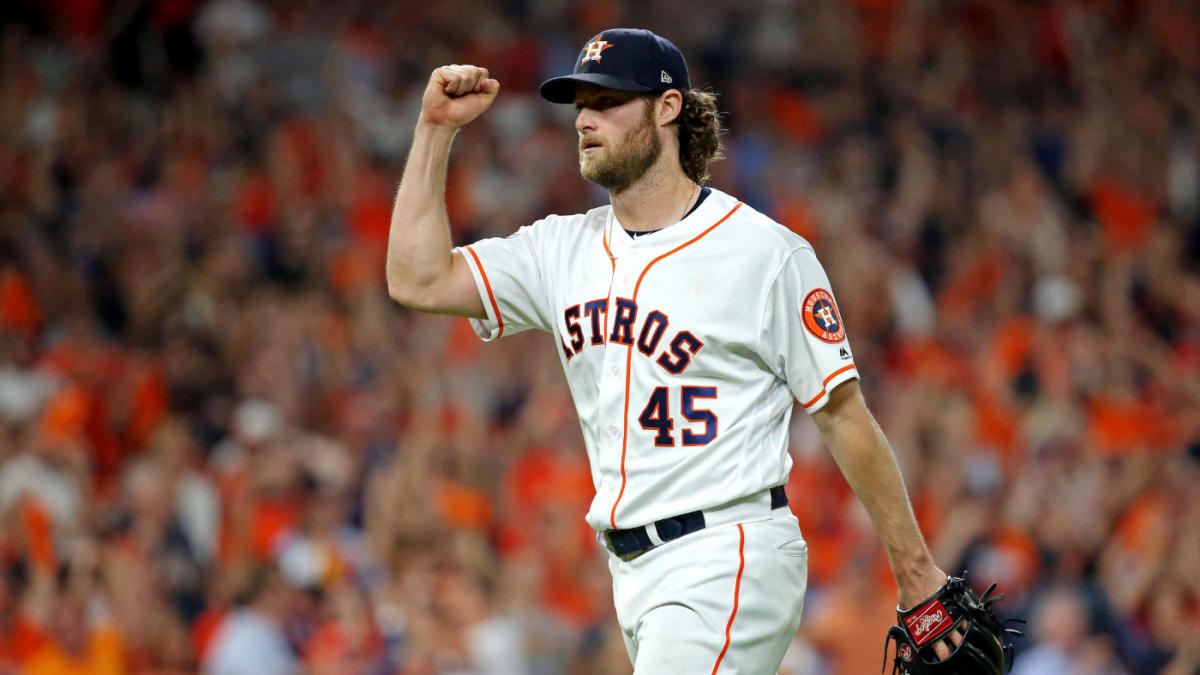 The prior week in MLB was about a free agent reportedly receiving a massive contract offer, a pair of teams signing a starting pitcher to a contract, an infielder signs a deal, and a National League club trades for an outfielder.

Gerrit Cole is the top free agent in MLB this offseason and is set to receive a huge contract.

The New York Yankees have reportedly offered him a seven-year, $245-million contract, per Bob Klapisch of the New York Times.

I'm told #Yankees have a seven-year, $245 million offer on the table for Gerrit Cole. Would be a record-setting contract for a pitcher, surpassing Greinke’s $34.4 million AAV. Question is whether #Dodgers or #Angels will go to 8-9 or even 10 years.

The contract, if accepted by Cole, would be a record deal for a starting pitcher, surpassing the $34.4 million average annual value that Zack Greinke signed seasons ago.

The Yankees aren’t the only team trying to sign Cole as the Texas Rangers, Los Angeles Angels, and Los Angeles Dodgers are also in the mix for the right-hander.

It will be interesting to see if other teams are willing to offer Cole more years and money and if the Yankees will engage in a bidding war to land Cole.

The Philadelphia Phillies have made a significant upgrade to their starting rotation by signing starting pitcher Zack Wheeler to a five-year, $118-million contract, per Jeff Passan of ESPN.

Wheeler gets five years and $118 million.

Wheeler was one of the better starting pitchers available in free agency, and it’s a solid move by the Phillies to add the right-handed pitcher.

The Phillies weren’t the only team trying to sign Wheeler as the Chicago White Sox offered him more than $118 million.

However, Wheeler’s wife is from New Jersey, and with the Phillies being closer to her home, this factored into his decision, per Ken Rosenthal of The Athletic.

#WhiteSox’s offer to Wheeler was for MORE than the $118M he will receive from the #Phillies, sources tell The Athletic. As @MarcCarig said, Wheeler’s wife is from New Jersey, and that proximity was an important consideration in his decision.

Wheeler has thrown 749 1/3 innings pitched during the regular season in his career, and it’s the fewest amount of innings for any pitcher at the time of signing a contract over $100 million, per Sarah Langs of MLB.

Zack Wheeler has thrown 749 1/3 IP in his regular-season MLB career.

That's the fewest career MLB IP for any pitcher at the time of signing a $100M contact.

The Phillies signing Wheeler shows the front office is willing to spend, and this probably won’t be the only significant addition they make during the offseason.

The Atlanta Braves busy offseason continues as they have signed veteran starting pitcher Cole Hamels to a one-year, $18-million contract, per a team announcement.

The deal doesn’t contain any no-trade protection, per Buster Olney of ESPN.

Cole Hamels's one-year contract with the Braves does not contain any no-trade protection.

The addition of Hamels to a young Braves’ pitching staff is monumental.

The left-hander has a career 3.42 ERA in the regular season, and more importantly, a 3.41 ERA in his postseason career.

Hamels gives the Braves a veteran presence in their pitching staff, and it should be valuable to the younger pitchers on their team.

The Braves will be seeking a deeper run in the postseason, and its possible Hamels helps them achieve that goal.

The Cincinnati Reds have signed infielder Mike Moustakas to a four-year, $64-million contract, per Jeff Passan of ESPN.

Mike Moustakas' deal with the Cincinnati Reds is for four years and $64 million, sources tell ESPN.

Moustakas, who has primarily been a third baseman in his career, will play second base for the Reds, per Ken Rosenthal of The Athletic.

Moustakas will play second base for #Reds. Also on it: @JeffPassan. https://t.co/ZclKczZaUb

The Reds have added a solid bat in Moustakas, who is reliable with the glove.

Moustakas could help the Reds contend for a playoff spot next year.

The Reds were surprisingly one of the better pitching teams in the National League last season, and if that continues next year, along with more production from the offense, they could have a breakout campaign.

The San Diego Padres made a trade with the Tampa Bay Rays a couple of days ago.

They acquired outfielder Tommy Pham and infielder/right-handed pitcher Jake Cronenworth from the Rays in exchange for outfielder Hunter Renfroe, shortstop prospect Xavier Edwards and a player to be named later, per an announcement.

Pham going to the Padres is a significant acquisition as he played very well for the Rays in 2019.

If you’re wondering why the Rays would move Pham to acquire someone like Renfroe, it’s about money.

The Rays are saving around $5.2 million by dealing Pham to the Padres. The amount of savings might not seem much, but for a team like the Rays, those savings are a huge deal.

The Padres got a strong outfielder, who will hopefully help them contend in 2020, while the Rays acquired a young outfielder with talent on a lower salary.