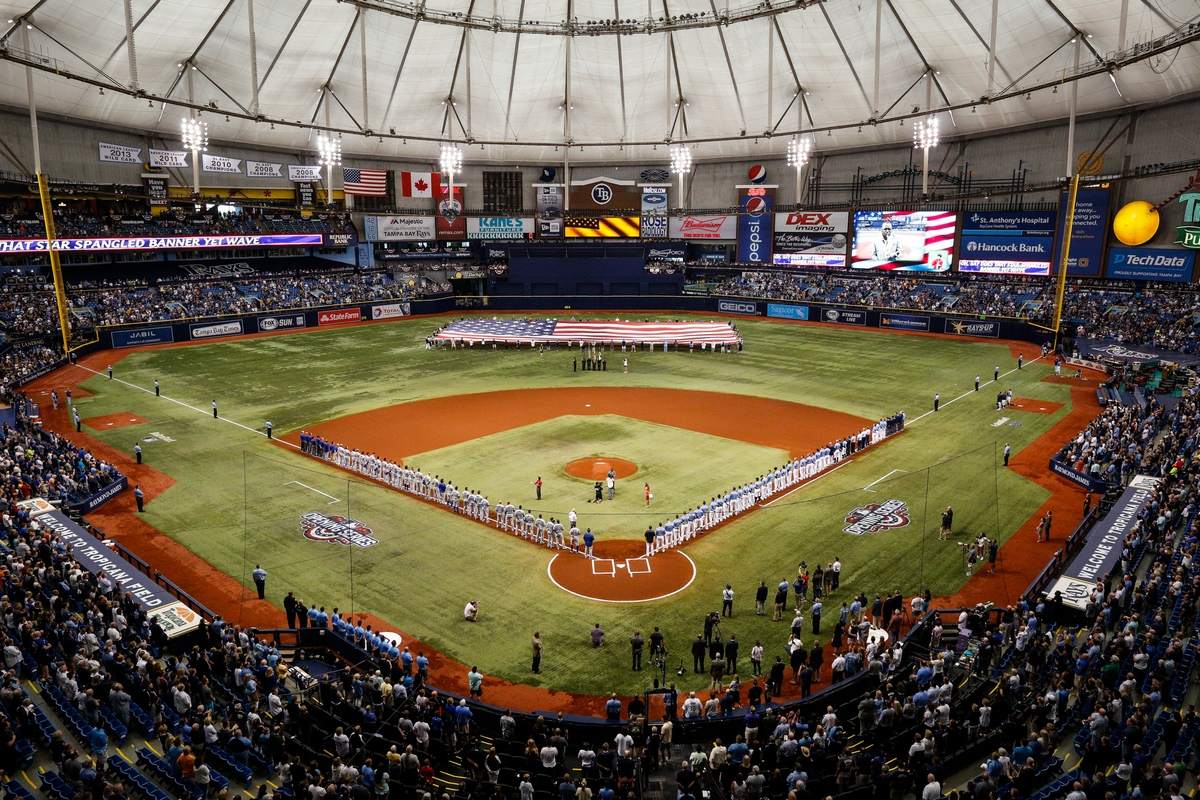 The last week in MLB was about a team coming up with an intriguing plan for their future ballpark, a pitcher in the American League is suspended for PED usage, and a starting pitcher in the National League continues making history.

The Tampa Bay Rays have been struggling to find a site for a new stadium and have their sights set north of the border.

The team has received permission by MLB to explore becoming a two-city team, per Jeff Passan of ESPN.

The plan still in the early stages would have the Rays play early season home games in the Tampa Bay area, and the remainder of their home games would take place in Montreal, with both cities having new stadiums, per Passan. I wonder what odds you would get if you had to place a bet in the best sportsbooks on how this will work out.

The plan by the Rays wouldn’t happen until 2023 or later, per Marc Topkin of the Tampa Bay Times.

BREAKING: Details on #Rays getting permission to explore splitting future seasons between Tampa Bay and Montreal, and lots of questions about the plan https://t.co/g1TmyVymq7

The plan will have to clear numerous hurdles before this dream could be realized.

How would the season be split between both stadiums? How will the contracts be structured if players are splitting time between the United States and Canada? How long would this agreement last?

Another problem for the Rays is they’re under agreement with the city of St. Petersburg that all of their home games be played at Tropicana Field through 2027.

The team has come up with this different plan due to their low attendance.

The only benefit to the club is this plan would save them money for a new stadium.

They’re hopeful of playing early games during the regular season in Tampa Bay in a roofless stadium for an estimated price of $600 million, which is a reduction of about $300 million to $400 million if they were to build a stadium with a dome, per Evan Drellich and Josh Tolentino of The Athletic.

The Rays believe they could build a cheaper, roofless stadium in St. Pete if they can spend the hottest Florida months in Montreal instead. Cost could drop to $600 million, rather than $900mil to $1 billion. More at @TheAthleticTB: https://t.co/nHYmI2fHJJ

The plan will be challenging to complete as you’re trying to build two stadiums.

The city of Montreal was an interesting choice by the Rays for their supposed second home as that’s a city which lost the Montreal Expos to Washington D.C after the 2004 season.

The big difference is people in Montreal would love to have baseball come back, and the Rays are struggling mightily to draw a crowd in Tampa Bay for an outstanding team.

The Rays should scrap this idea of being a two-city team and move the franchise to Montreal.

The Oakland Athletics will be without one of their best starting pitchers for almost the rest of the 2019 season, as right-handed pitcher Frankie Montas has been suspended 80 games for testing positive for performance-enhancing drugs, per a team announcement.

The A’s were disappointed upon learning of this suspension. We fully support MLB’s Joint Drug Prevention and Treatment Program and we will welcome Frankie back after the discipline has been served.

Montas tested positive for Ostarine, per Joel Sherman of the New York Post.

The loss of Montas is significant for the Athletics as he was having a breakout season for the club.

The suspension will make Montas ineligible to pitch in the playoffs if the Athletics were to make the postseason, but he can return during the last week of the regular season as the team will be on the road facing the Los Angeles Angels and Seattle Mariners.

The Los Angeles Dodgers have been the best team in the National League for the season so far, and a primary reason has been the performance of staff ace Hyun-Jin Ryu.

Ryu had a reliable performance in Saturday’s contest again the Colorado Rockies, by tossing six quality innings and allowing just three runs (one earned run) with five strikeouts and one walk.

He has a microscopic 1.27 ERA through 15 starts this year, which is the fourth-best ERA by a pitcher in their first 15  MLB starts of a season since 1920, per ESPN Stats & Info.

Going back to 2018, the left-hander has yielded two or fewer earned runs in 18 straight starts, longest streak since Zack Greinke in 2013-14 with 22 such outings.

Ryu has been one of the best starting pitchers in baseball this season due to him keeping opposing hitters off balance and excellent control.

He has walked just six batters in 99 innings, and there are only two starts he has surrendered eight or more hits.

Ryu is having a historic season and should be a favorite for NL Cy Young if he continues to pitch like this for the entire season.

That does it for another week of the MLB Digest. Stay tuned next week for more MLB news.