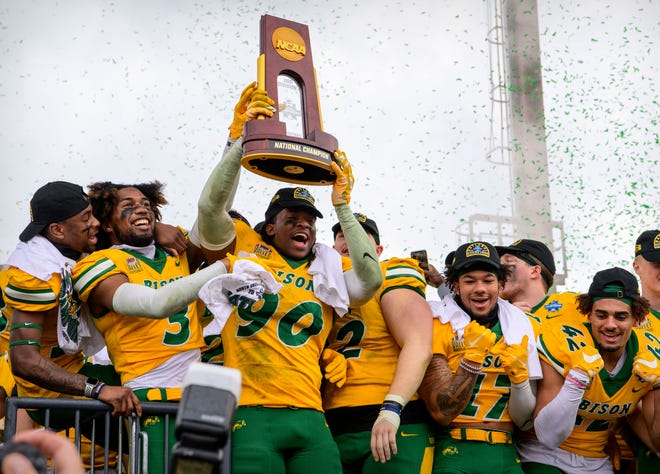 The 2022 FCS National Championship game took place on the cold and wet field of Toyota Stadium in Frisco, Texas on Saturday afternoon. The participants were the North Dakota State Bison (13-1) and the Montana State Bobcats (12-2).

The Bison are no stranger to this setting as they sought their ninth national title in the last 11 years. On the other side of the field, the Bobcats were looking to claim their first championship since 1984. A packed and energetic crowd anticipated a close battle, but the Bison quickly turned it into a massacre.

The Bobcats’ first possession was an unfortunate one. Freshman quarterback Tommy Mellott suffered an ankle injury and didn’t return, and the Bobcats were forced to punt. The Bison would impose their will on their first drive with the running game behind the legs of quarterbacks Cam Miller and Quincy Patterson as well as running back Hunter Luepke. The possession was capped off by an eight-yard touchdown run by Luepke giving the Bison an early 7-0 lead.

On the second drive for the Bobcats, they once again drove deep into the Bison’s territory. Unfortunately, it was another empty possession as kicker Blake Glessner missed a 43-yard field goal and the Bison got the ball back at their 25-yard line. The running game was dominant once again as the Bison gained nearly 50 yards on the ground between Luepke and fellow running back Tamerik Williams. Luepke would finish the drive with his second touchdown of the game, this one from 11 yards out to give the Bison a 14-0 lead.

The Bobcats continued to struggle putting points on the board as their third consecutive drive was stalled after gaining just 17 yards. It wouldn’t take long for the Bison to open up the floodgates as running back Kobe Johnson went 76 yards on the second play of the drive which made the game 21-0 with just under 11 minutes to go in the second quarter.

NDSU goes up 21-0 in the FCS Championship on this 76-yard run 😤 @ESPNCFB pic.twitter.com/V4BBQHvD8G

After the next three possessions were halted by an interception and back-to-back punts, the Bison took over at their 15-yard line. Miller and Patterson used their legs and timely passing to march the Bison down the field. However, for the third time in the first half, Luepke went into the end zone, this time from eight yards out which put the Bison up 28-0 going into halftime.

The Bison racked up over 250 yards rushing in the first half while also converting four out of their five third downs and going a perfect three out of three in the red zone.

The second half started how the first one ended with the Bison cashing in on another possession. After four consecutive run plays that picked up 30 yards, Miller connected with tight end Josh Babicz for a 35-yard score which gave the Bison a 35-0 lead.

Quarterback Tucker Rovig and running back Isaiah Ifanse lead a promising drive for the Bobcats deep into Bison territory. After a failed third and goal from the eight-yard line, the Bobcats finally got on the scoreboard with a 26-yard field goal from Gleesner making the score 35-3.

The Bison added a field goal and the Bobcats scored their only touchdown late in the fourth quarter. 38-10 was the final as the Bison made won their four national titles in the last five seasons. 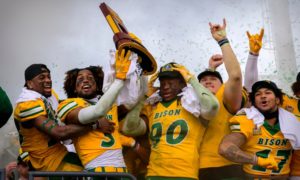 North Dakota wraps up the season at 14-1 and moved to 9-0 in Toyota Stadium when playing for the FCS national title. Bison head coach Matthew Entz, who has gone 37-4 and won two national titles in three seasons since taking over for Chris Klieman, mentioned postgame that the Bison do things their way and it’s successful.

“We have a process. Our kids believe in it, and it works,” Entz said.

The Bison and the undisputed kings of the FCS and the smart money says it’s not ending any time soon. 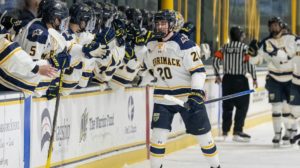 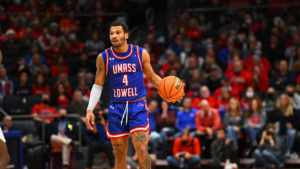 Next post River Hawks Take Down Retrievers on Buzzer Beater, 66-64

This was the 36th Outback Bowl also known as the Hall of Fame Bowl. In the previous 28 matchups,...