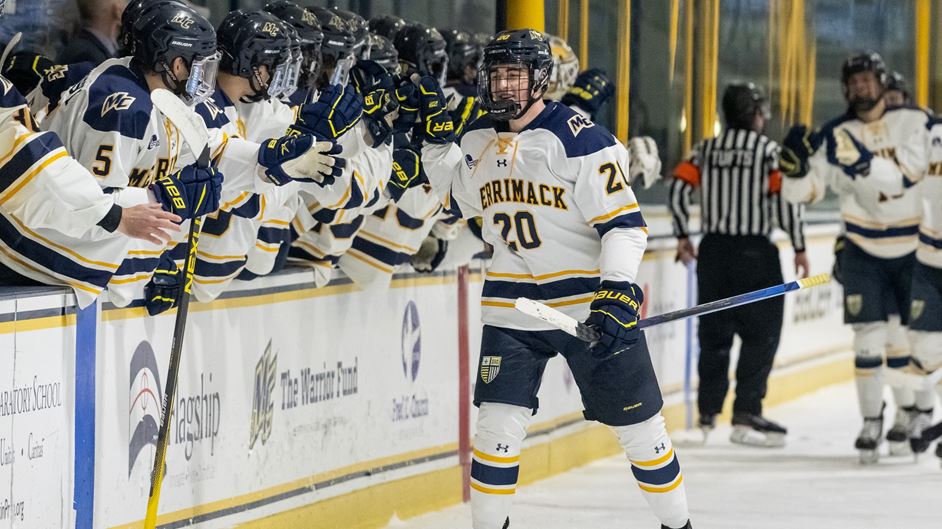 As we have come to understand, schedules in any sport can and make changes in the blink of an eye. The Merrimack College Warrior hockey team faced this over this weekend. Originally, the team was to play a couple of hockey teams from upstate New York in Clarkston and St. Lawrence. However, both games were canceled. So instead, the Warriors put a game together at the last minute with the Bentley College Falcons on Saturday night. Bentley lost a pair of games to UMass Lowell so both teams were eager to play.

Merrimack (8-10-1) may have been more ready as well as eager to play. In the first period, they had the better of the play against Bentley (10-8). They outshot the Falcons 23-8 and put the puck in the net three times on Bentley starting netminder Nicholas Grabko who needed some help from his friends and got very little. However, the best scoring chance of the period belonged to Bentley as freshman left winger Danny Pearson was stopped on a clean breakaway from center ice by Warriors goalie Hugo Ollas early in the first frame. From there, the Warriors took over. First, at 6:45 off a Falcons turnover in their own zone when Regan Kimens took a feed from Mark Hillier and scored his 2nd of the season to make it 1-0 Merrimack. Minutes later, Filip Forsmark was stopped on a breakaway of his own by Grabko to keep the score at 1-0. But the Warriors kept coming and they made it 2-0 at 8:29 of the first on a goal by seldom-used Hugo Esselin off an assist from Ryan Nolan. The goal was Esselin’s 2nd of the year and before the period was halfway done Merrimack had a two-goal lead. Merrimack added a third goal at 18:23 when Hillier picked up his first of the season and of his college career with help from Kimens and Esselin. The Warriors went to the dressing room up 3-0.

The second period was uneventful as there was no scoring. The Warriors did kill a couple of penalties, and through two periods were a perfect three-for-three in killing off man-advantage situations. They continued to outshoot the Falcons 13-9 in the second twenty minutes and for the game at 36-17.

In the third, the teams traded power-play goals. Merrimack would make it a 4-0 game on a PPG by Ben Brar, his fifth of the season from Max Newton and Ryan Nolan. Bentley spoiled the shutout bid of Hugo Ollas at 18:25 of the third on a goal by Matt Lombardozzi from Michael Zuffante and Drew Bavaro. The goal for Lombardozzi was his fifth of the year. Merrimack would outshoot Bentley by a 50-22 count in the 4-1 win.

After the game, Warriors head coach Scott Borek was pleased with the way his team played. He thought his team “was a little too fancy in the second period.” Because of the lack of time and knowledge about who his team would play, the coach said “we just tried to make it about ourselves and kept it simple.” He also liked the way his team played five-on-five in the first.

Merrimack returns to Northeast play next Friday night when they host Providence College. 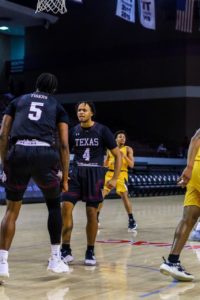 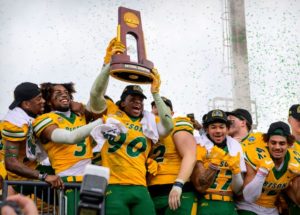