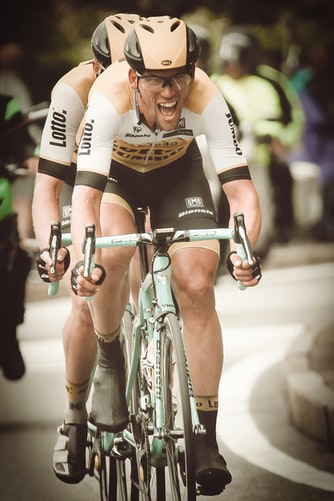 What does it cost to be the best at what you do, to be the greatest of all time at your particular sport? Is it justified to be a jerk to others, to treat them as inferior to you, because you want to dominate your sport? If you win the biggest prizes in your sport, can all of that we explained away because it’s the price people must pay to be superior?

These questions have become frequent conservation topics in the past few weeks. The 10-part documentary about Michael Jordan called “The Last Dance” raises the question as to whether Jordan was justified in humiliating his teammates and opponents to get them to play up to his standards and help him achieve his personal goals.

Last night a documentary titled “Lance” about Lance Armstrong tackled these same types of questions. (By the way, if you thought the Jordan documentary was riveting and thought-provoking, the Armstrong documentary takes those questions to an even more intense and unforgettable level).

Yesterday we saw Tiger Woods in a golf match with Phil Mickelson, Tom Brady, and Peyton Manning. He was his usual cocky self.

Like Jordan and Armstrong, Woods believes in berating his opponents to gain a psychological advantage to help himself become of the greatest golfer ever. He has said he played golf tournaments to win not to become buddies with his opponents.

These three men reached the zeniths of their respective sports. In that sense their careers followed the same trajectories. And in similar ways they treated others around them as inferiors. They were mean, short-tempered, aloof, and manipulative with their competitors and often teammates.

They wanted to crush their foes. And they used mental warfare to achieve that goal. They hurt other people to help themselves.

This is an important topic for fathers of sons who are athletes. Imagine your son happens to be a 10-year-old kid who you believe has the potential to be a professional basketball player. You decide you should teach him how to get a mental edge over the other players.

You teach him to be aloof. You tell him not to be guarded around his competitors. Show him how to be distant from competitors, to reveal nothing about how he thinks or what he wants. Get him thinking these are not his friends but rather obstacles to be destroyed in his path to glory.

Have him put up pictures on his bedroom wall of his biggest competitors. Have him throw darts at those pictures every night. Teach him to want to destroy his opponents. Make them the enemy.

Encourage him to make a list of the 10 best players he competes against. Make sure he studies how they play and practice and figure out ways to play and practice harder, so he ends up making the pros and the others don’t.

Spread misinformation. Have your kid convince his competitors that they will never make it to the pros. Show your son how to plant that idea in the other kids’ heads. Make them doubt themselves. Help your son gain any mental edge you can. Convince him that his competitors are his enemies.

Should you teach your kid these things?

Of course not. If your kid is destined for greatness, encourage him to practice hard at his craft. But don’t teach them to be mean to other people and play mind games with them.

In the long run, your son will need to have good relationships with people well past his playing years. If he’s a jerk to everyone as a competitor, those people won’t forget and will likely not want to hang out with your son later in life.

It’s fine to have your son aspire to greatness, but recognize that only a small percentage have that level of talent. Jordan’s basketball talents were otherworldly, maybe the most natural the game has ever seen.

Armstrong showed the uncanny ability at the age of 16 to beat 20-year-old star triathletes. A raw talent, a kid prodigy. Blessed with incredible aerobic capacity, it was innately easier for him than virtually anyone else to run, bike, and swim fast for long distances. Tiger could hit a golf ball accurately and far at a young age.

These three guys are one in a hundred million types of talents. Yet each of them in his own way mistreated other people.

If my son was that kind of athlete but was unkind to other people, I would not be proud of him. I would be ashamed of him and tell him so.

Nobody – no matter how gifted – has the right to belittle others. This is psychological abuse that can cause the victim to suffer from anxiety, paranoia, depression, and other sad and dangerous conditions. Not just for days or weeks but for the rest of their lives.

Superstars have no right to inflict such serious damage on other people because they believe it’s necessary to become the greatest at their crafts.

Do I admire the work ethics of Jordan, Armstrong, and Woods? Yes. I especially appreciate how much time they spent practicing when others were being less disciplined with their lives. Think about the thousands of hours Lance spent on the bike out on some lonely nowheresville road by himself training to win the Tour de France.

That takes toughness. It necessitates being away from other people enduring endless isolation. That requires the mental and physical discipline to avoid being lazy and sitting around the house on your couch doing nothing.

But you can’t be a jerk to people just because you train hard and spend your time alone a lot aspiring to be the greatest cyclist who has ever lived.

You turned out to be a nasty, insensitive cuss to many people. And you didn’t care. So were you, MJ. You mentally tortured your teammates because you wanted to win. Maybe they didn’t have the same ambitions as you.

You should have been more sensitive to that. But you weren’t. It’s fine to encourage teammates and try to inspire them. It’s not appropriate to berate them and make them afraid of you.

Same goes for you, Tiger. You took being a jerk to extreme levels. It’s well known that many pro golfers think you were obnoxious and surly. You treated them as if they were below you in terms of talent, ambition, and status in life.

You were wrong to be that way.

All three of your guys were great at what you did, but you shouldn’t have treated people the way like obstacles to be swatted out of your way.

It’s possible to be great and a good person. Wayne Gretzky, the greatest hockey player of all time, wasn’t rude or obnoxious to anyone. He was a classy great guy, always. Katie Ledecky, one of the greatest female swimmers ever, has never said a bad word about opposing swimmers. She lets her swimming do the talking.

How come they could be so great yet such good human beings?

Because they chose to be. In their hearts they knew what was right and wrong when it came to interacting with other people.

You three guys knew this also but decided to be mean anyway. And for that you’re far from the greatest human beings of all time. You’re remembered as much for how poorly you treated people as to how talented you were.

Your legacies are mixed and impure. You’re admired for your competitiveness and talents but not your characters and empathy.

You are not as beloved and respected as Gretzky and Ledecky. People would rather hang out with these two cool superstars than you three. You are winners at your sports but losers in how you treated people.

But I bet the three of you don’t care. Because that’s the kind of people you are.