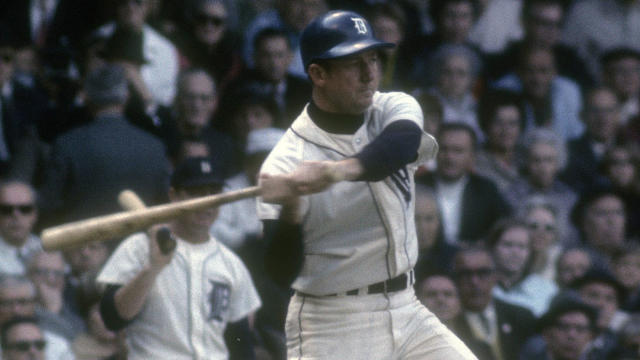 The prior week in MLB was about a former player passing away, the league is working on a new plan to start the 2020 season, and a player retires.

Detroit Tigers Hall of Fame player Al Kaline who was 85, died last week at his home in Bloomfield Hills, Michigan.

Kaline, who was known as “Mr. Tiger,” spent his entire 22-year career with the Tigers.

The Tigers and their general manager Al Avila released a statement regarding Kaline.

A statement from the Detroit Tigers pic.twitter.com/jftTwj7YRh

Kaline owns plenty of franchise records, including most games played (2,834) and home runs (399).

The 18-time All-Star and 10-time Gold Glove winner were inducted into Cooperstown in 1980. He’s one of 32 players in MLB history to collect at least 3,000 hits.

Kaline, after collecting his 3,007th career hit in 1974, decided to retire and became the Tigers’ color commentator the next season.

Former team president Dave Dombrowski hired him as a special assistant to the general manager in 2002.

He held that position until he passed away, and his 67 years with one team was one of the longest in MLB history.

MLB, MLBPA Focused on Plan to Play Games in Arizona

The 2020 baseball season might be played in empty stadiums in Arizona if baseball does return.

The coronavirus has forced most sports leagues to suspend operations, but baseball might be the first to re-emerge.

MLB and the MLB Players Association are working on a plan which would allow them to begin the season in May, though some officials believe June is possible, per Jeff Passan of ESPN.

NEWS: Major League Baseball and the MLBPA are focusing on a plan backed by federal health officials that could have players in training camps by May and games soon thereafter.

Details at ESPN on how MLB may return — and the difficulty in doing so: https://t.co/zDoNa3k4pm

The plan would have all 30 teams play games in the greater Phoenix area.

There are about half of the teams in MLB who already have spring training games in Arizona.

The state of Arizona is a more feasible option than Florida – where the other half of teams host spring training – because stadiums in Arizona are in closer proximity to each other than in Florida.

MLB issued a statement a couple of days ago they’re in discussions about a fixed location for the season.

Numerous issues need to be worked out.

The first is how MLB would ensure that players and staff would be safe.

If you’re going to be playing baseball, then the players, coaches, umpires, and anyone else at the games would need to be isolated.

The other aspect about keeping people safe concerns testing, as people would need to be tested multiple times to ensure they don’t have the virus.

The next issue is the length of the season.

The idea of playing a full schedule is probably gone, but maybe playing 100 games is logical.

The length of the season is crucial because that will determine how long players will be away from their families.

Some players have families, and they might not want to bring them to Arizona.

Some players have said they don’t mind spending time away from their families, and other players are opposed to the idea.

The other problem is what if a player or players must leave where everyone is isolated due to their wife being pregnant.

They would need to go through a quarantine process before being allowed back with the other isolated players and staff.

Another issue is about the weather in Arizona.

The temperature can exceed 100 degrees in Arizona during the summer months, and this will have an impact on the performance on the field.

Several issues need to be addressed for MLB to play games in Arizona this year.

Mark Reynolds has decided to retire as he made the announcement a couple of days ago on MLB Network.

Reynolds started his career with the Arizona Diamondbacks in 2007 and played with them for three more seasons.

Reynolds was known for possessing plenty of power as he had eight seasons with at least 20 home runs.

However, he was very susceptible to striking out as he led his respective league in strikeouts in four consecutive years from 2008-11.

Reynolds had a stable career and displayed on numerous occasions if contact was made, he could hit the baseball a long distance.