Sportface gives you Predictions for Sports World After Pandemic 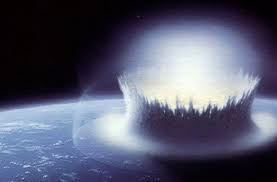 Seismic and cataclysmic changes to the sports world will be marching towards us full throttle after the worldwide pandemic starts to fade away. Here is what Sportface thinks.

In an online survey of 643,900,992 sports experts yesterday, NGSC Sports finds that the most popular sports are likely to be those that can be played in close quarters with minimal human touching and allow for easy access to bathroom tissue.

The most popular sports are going to be tetherball, paper football, and bubble hockey. Following are more details about these winners:

Tetherball is an unsuspenseful game in which one or two people stand a few feet from each other near a thin silver pole, not unlike Rob Gronkowski’s stripper pole. They tie a rope at the top and leather ball of roughly the same soft texture as a rugby ball but less bulbous and bumpy.

One player swings at the ball and both players watch it go around the pole a few times. Then the other person gets a whack and they watch the ball twirl around a few times.

It’s mesmerizing to watch the players smack the ball and track it flying around. This can have a hypnotic effect on both the players and fans. Tetherball can also be a romantic sport to play on a date such as in his scene in “Napoleon Dynamite”:

Go to YouTube and watch the tutorial on how to make the triangular paper football. It’s too tedious to explain in prose here.

Once you have your ball, which isn’t round as most balls are but shaped like a triangle, go to your kitchen table and cajole some sucker friend of yours to sit on the other side. Your pal is likely to be a loser if he agrees to play this stupid game with you.

You push the paper to one side. If any part of the triangular football hovers over the edge of the table but does not fall off, that’s a touchdown equaling six points, just like NFL scoring. This gives the game a feeling of authenticity.

You can also kick field goals by standing up the triangle on the table and flicking it with your forefinger. The motion is quite a bit like when you flick a booger off your finger after picking your nose.

Your opponent provides you with the goalposts with his thumbs representing the goalposts. The players help each other by providing goal posts for each other, taking much of the competitive juice out of the event.

This game will kind of remind you of the little glass balls you see at Christmas. You shake the ball filled with water and snowflakes fly around inside the glass.

Bubble hockey looks like this except there are no snowflakes or Christmas characters standing around such as Jesus as a baby. Instead there are plastic replicas of hockey players holding their sticks.

Players never have to touch each other because they stand on opposite sides of the bubble. They manipulate their players using handles and generally find it difficult to control their players and the shots because the game is not engineered well.

You will see a boring game of hockey but at least the contestants are not shaking hands with each other nor touching their own faces or each other’s, the latter of which would be disturbing anyway.

Because of these drastic changes to the world of sports, ESPN sports analyst Stephen A. Smith has been notified by his ESPN bosses that he will have to comment about these sports on his show, “First Take,” instead of football, basketball, and baseball.

These three major sports have been sidelined indefinitely and may never return because these sports involve people touching each other. Dr. Fauci says people won’t be allowed to touch each other anymore so we avoid future pandemics, even though that means the world will stop procreating and no more babies will be born.

“I’m furiously flabbergasted and fed up,” said Stephen A. “Are you kidding me? Tetherball? What the hell is that? That’s incredibly asinine, plain and simple. And so was that movie, ‘Napoleon Dynamite.’ How damn ridiculous. I’d never vote for pathetically pathetic Pedro.

“And Paper Football? Are you seriously serious? I am not kidding around. That’s not a sport? That’s a gigantic joke. That’s the bottom line.

“And Bubble Hockey? PU-LEASE. What on Earth am I supposed to say about Bubble Hockey? It’s a spectacularly stupid game. Hockey played within a bubble on a field the size of a dessert tray. Why can’t they play football, basketball, and baseball again? My sports world is crumbling. Time for me to retire. I’m out. Plain and simple. This the death of Stephen A. as a spellbinding sports superhero.”

Other sports that will become more popular include competitive eating, fueled by Joey Chestnut, who can shove 65 hot dogs down his throat in three minutes; and the Electronic Sports League, which features online video game competitions that are mind-numbingly inane and played by computer nerds rather than real athletes.

“We think tetherball shows the most promise for taking off,” said Ralph Garcia of NGSC Sports. “It’s got the best of both worlds: You use a ball and you can play it with your girlfriend. Guys love games with balls and love playing with girlfriends.”