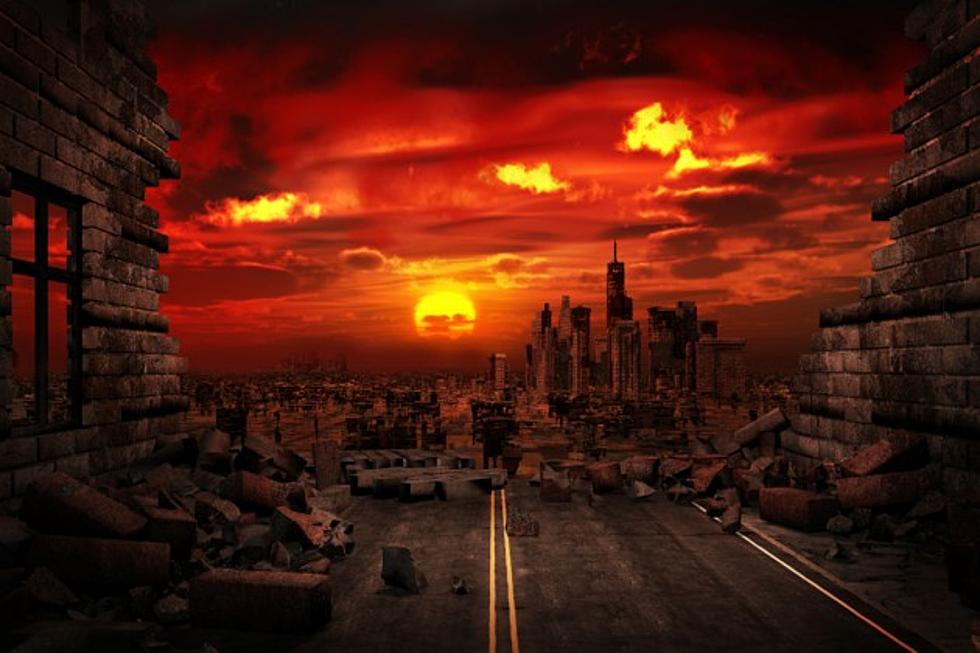 Sure we all have our list of the best apocalyptic songs, those about the destruction of the world and widespread unfathomable damage.

In these pandemic times, it’s high time we do a refresh on that list so you can listen to them as you sit around in your houses with nothing to do.

Let’s start with the Honorable Mentions:

“Stairway to Heaven” by Led Zeppelin

It’s supposedly about Heaven, but it sounds like a song about the end of civilization and actually feels like a nose-dive into Hell. So don’t be fooled by song titles. And the tune gets scarier and makes you feel more uneasy as it progresses, a telltale sign of an impending apocalypse.

The insanely long length of this musical masterpiece also smacks of an apocalypse, which tends to be drawn out so as to maximize suffering.

Have a listen to this tune. If it doesn’t make you feel that the world is in big trouble, I’ll buy you lunch at KFC. Just look at the title. The word itself, Inagodadovida, looks like a giant, intractable problem impacting billions of people.

“Point Me in the Direction” by the Partridge Family

In arguably the most riveting Partridge Family episode, the clan cruises through New Mexico on the colorful bus. They encounter a sullen runaway girl. She’s afraid and keeps hiding from the family. She’s as lost as anyone has ever been.

They can’t find her. They try to help. But there’s so much desperation and fear. Not only is one of the best apocalyptic creations of all time, it’s the best sitcom song ever.

Check this out: Point Me in the Direction

And now for the Top Five All Time

Number Five: “Horse With No Name” by America

Think about it. You’ve got a horse that doesn’t have a name. It’s out in the desert. It’s blazing hot. Nobody’s around. Everything seems awry. The song reeks of the apocalypse.

This song is about outer space and never coming back. It’s the netherworld, the unknown. Desperation, despair and hopelessness ooze from this tune. You just know Major Tom’s number is up. In every stanza, he’s writhing in the apocalypse.

When a guy tells a girl, or a girl tells a guy, that “it’s over,” this can be the worst moment in the lives of those individuals and for everyone else around them: brothers, sisters, basketball coaches.

Number Two: “Blister in the Sun” by the Violent Femmes

There are many unknowns about this song. In fact, it’s best that we don’t delve too deep into it because we would find more twisted logic and dire circumstances.

Picture that burning sensation of a honkin’ totally exposed blister. Then compound that pain with the sun torching what already stings. It crushes the human mind to even contemplate.

But it’s more than just that agony. It’s the metaphor of we as humans being the blister and the sun, life, burning us, stinging us, causing us endless damage.

The sun, of course, has all sorts of apocalyptic characteristics and connotations.

Number One: “Shannon” by Henry Gross

We all know people like dogs more than other people. So when a person’s dog floats out to sea never to be retrieved, it’s an apocalyptic event. It’s bad enough for a dog to die. It breaks the owner’s heart.

But in the vast ocean? With all those sharks circulating?

No song in world history is more apocalyptic.

Have a listen: Shannon.