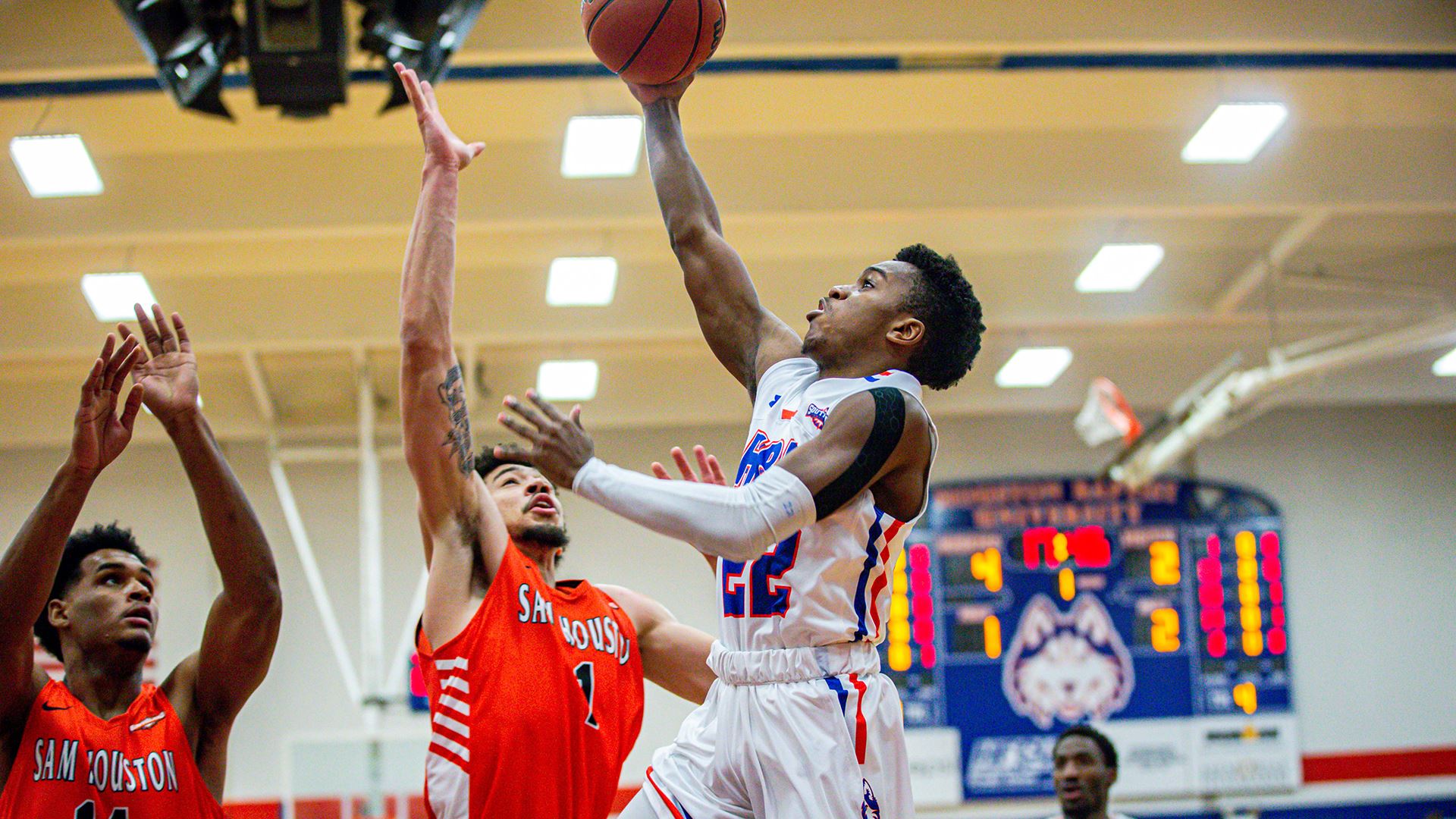 Gates knocked down a trey to open scoring in the second half and pull within six, a deficit the Huskies would reach multiple times in the period but not get any closer than. The Colonels’ lead grew as high as 17, including at 91-74 with just 2:55 to play, but HBU closed the game with an 11-2 run with Ian DuBose scoring nine of those 11 points.

DuBose led the Huskies with 19 points and six assists while also recording a pair of steals. The junior was 7-of-14 from the floor and 2-of-3 from beyond the arc. His 19 points bring his career total to 1,392 which places him ninth on the program’s all-time scoring list.

Gates added 18 for the Huskies, knocking down 4-of-9 from deep and 6-of-12 from the field. Junior Ryan Gomes scored a season-best 10 points on 5-of-6 shooting from the floor while Qon Murphy had nine. Pierre finished with eight points and four assists while Benjamin Uloko also scored eight with a pair of blocked shots.

HBU will be back in Sharp Gym this Saturday, Feb.  29, for Senior Night when the Huskies will recognize seniors Jalon Gates and Jackson Stent prior to tip-off against McNeese at 7:00 p.m.