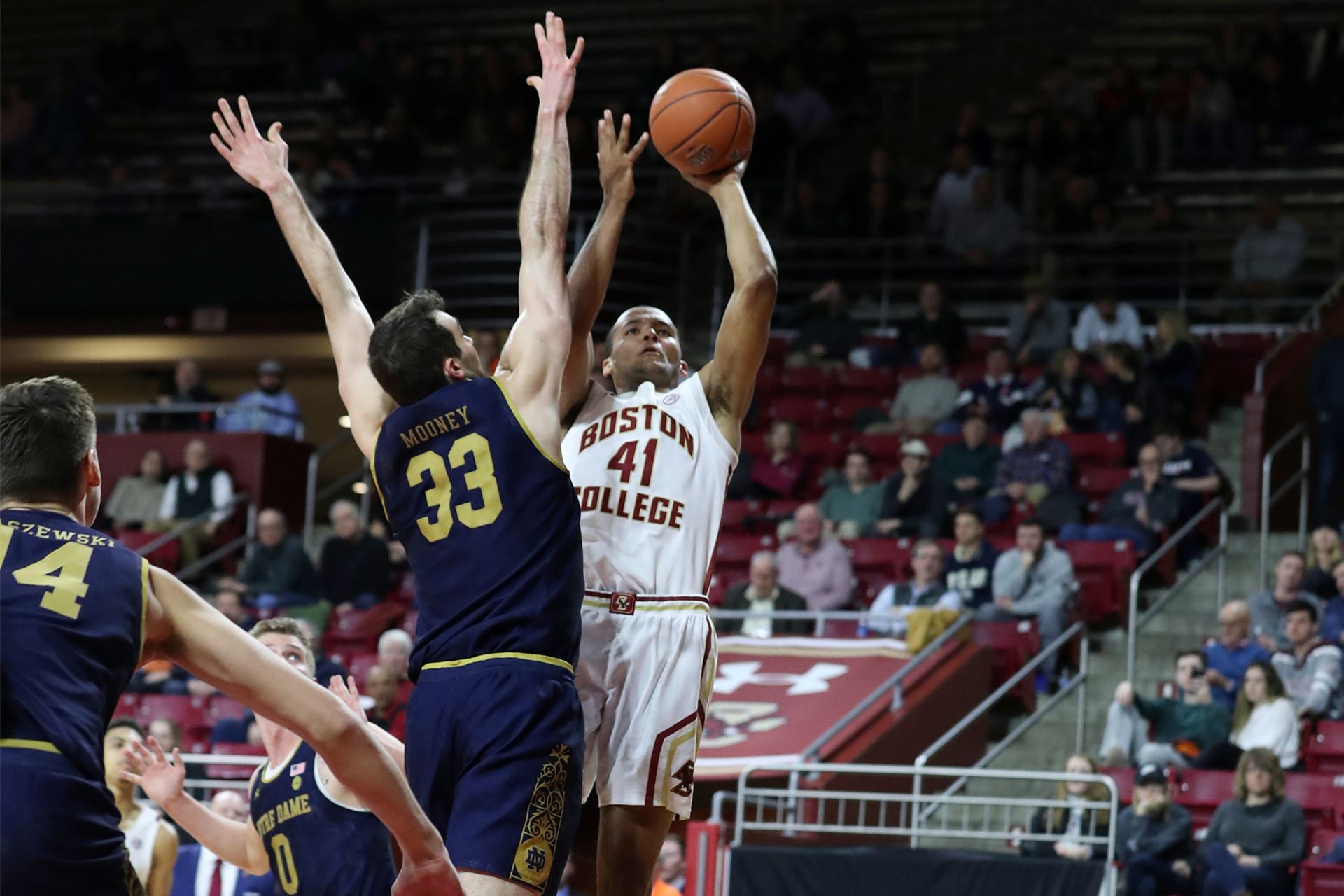 CHESTNUT HILL, Mass. — TJ Gibbs short jumper with 0.1 seconds left lifted Notre Dame to a 62-61 victory Wednesday night at Conte Forum. The last-second shot spoiled the BC Eagles attempt at a season sweep of the Irish for the first time since 1996-97.