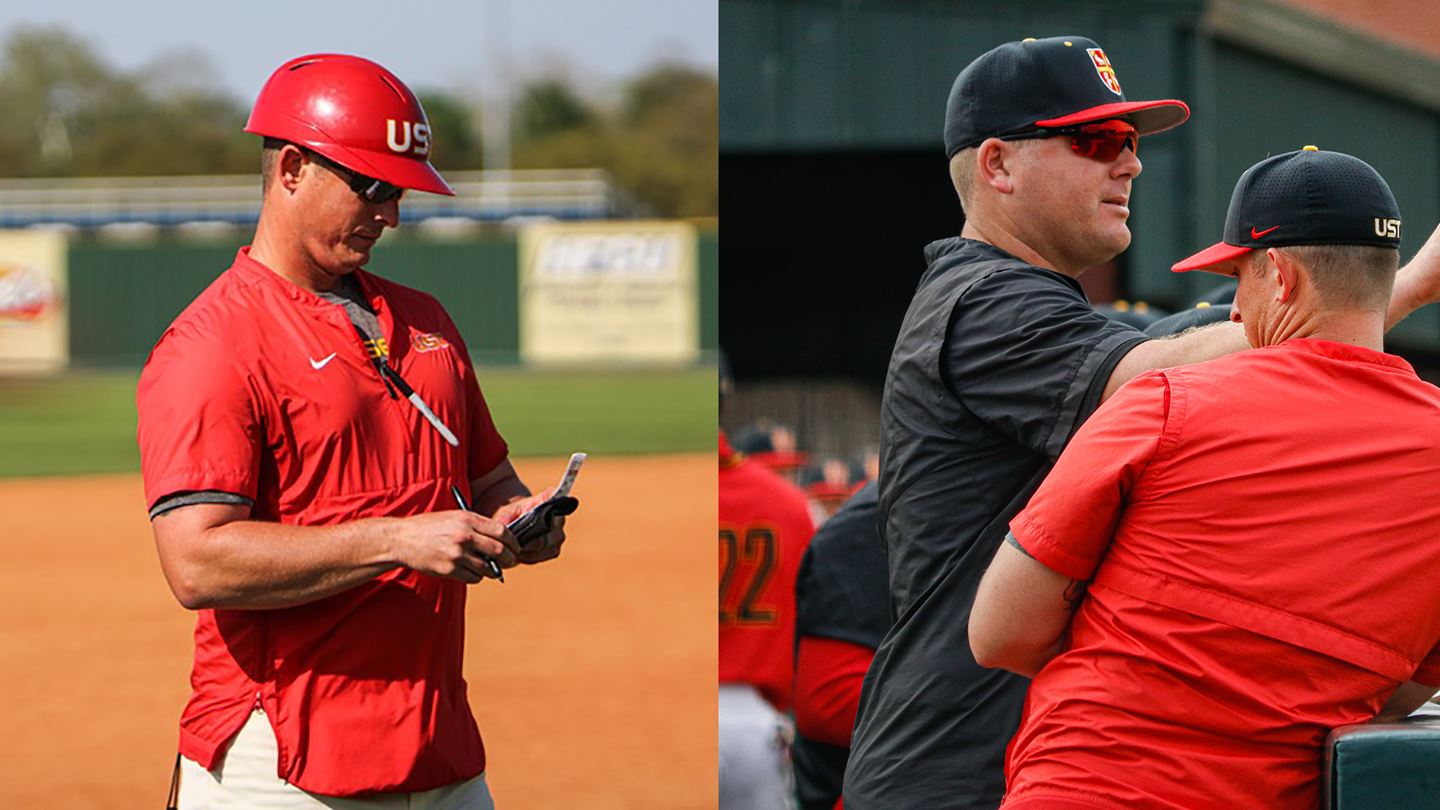 HOUSTON – HBU Head Baseball Coach Lance Berkman has named Clayton VanderLaan and Tyler Bremer as his assistant coaches, the athletic department announced Monday. The three were on staff together at the University of St. Thomas for the 2021 season.

“One of the most critical factors in having a successful baseball program is having outstanding assistants,” Berkman said. “There is no doubt that both Clay and Tyler are those type coaches. They are young, energetic, knowledgeable, and extremely competent. They will be instrumental in recruiting and developing players who will help us achieve sustained success on the field. They are also men of high character who will help our student-athletes grow into young men we can all be proud of. I am blessed to have them alongside me in this new journey.”

VanderLaan was the head coach at UST, overseeing the Celts return to varsity baseball after more than a half-century without a program. He had a 24-27 record, going 17-16 in 2021 and 7-11 in the pandemic-shortened inaugural season in 2020. VanderLaan spent the 2017-18 academic year at Division II Saginaw Valley State, taking over the head coaching position in April of that season.

Prior to his collegiate coaching career, VanderLaan was the pitching coach for three seasons at St. Thomas High School, capping his tenure by winning the 2017 TAPPS Division I championship. He guided the St. Thomas pitching staff to an 80-21 record and 2.85 ERA in three seasons, including a 65-4 mark over the last two campaigns. Eleven pitchers from the program went on to play college baseball.

VanderLaan played three years of professional baseball from 2012-14 with the Frontier Greys in the Frontier League and the Alexandria Aces and Brownsville Charros of United League Baseball. He began his collegiate career at Michigan State, before becoming a three-year letter winner at Cameron University, where he earned All-Lone Star Conference honorable mention.

Following his collegiate baseball career, VanderLaan played two seasons of college football at Graceland University and earned a bachelor of arts in liberal studies in 2014. He is a Houston native who attended Cypress Ridge High School.

Bremer also spent two seasons at UST, assisting with the Celts’ return to the diamond. Prior to UST, he coached at Northland Christian High School, RTG Baseball, and was a player coach for the Texas Airhogs.

He was drafted by the Chicago Cubs twice, first in 2010 and again in 2012, before being traded to the Miami Marlins in 2014. Bremer pitched for six seasons in the minor leagues, including two separate stints at the Triple-A level with New Orleans in 2015 and 2016. He was a Florida State League All-Star and Minor League Baseball’s Reliever of the Year in 2015 and was named to the Southern League All-Star Team in 2016.

Bremer spent two seasons at Baylor, going 7-1 with a 2.61 ERA, 50 strikeouts, and 14 walks in 58.2 innings over 15 appearances, including nine starts, as a senior in 2012. That season, the Bears advanced to an NCAA Super Regional. He was first drafted by the Cubs after two seasons at Yavapai Junior College but opted to transfer to Baylor to finish his collegiate career. He earned a bachelor of science degree in education from Baylor in 2012.

A native of Berkeley, California, Bremer went 7-2 with a 1.40 ERA and 86 strikeouts as a senior at Berkeley High School to earn All-Alameda Contra Costa Athletic League Pitcher of the Year. He was also a three-time All-ACCAL selection.

Berkman and his staff continue to round out the 2022 roster and have already secured seven commitments, which will be released at a later time.