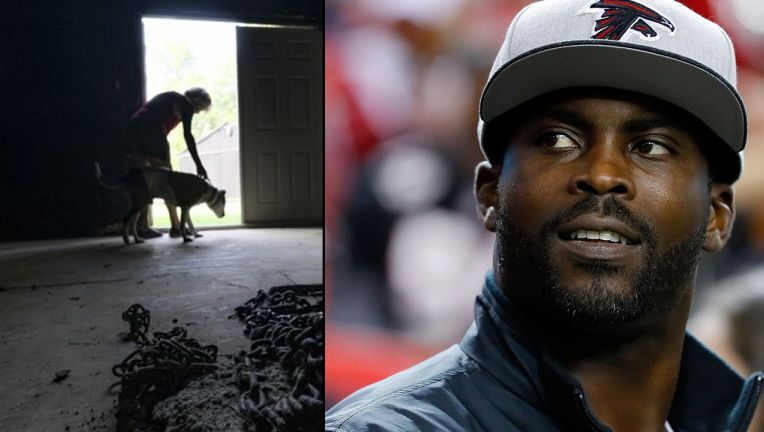 So, Michael Vick is back in the news and he hasn’t played in the NFL in two years. Commissioner Roger Goodell wants Vick to be an honoree captain in the 2020 NFL Pro Bowl. Many are upset with this because of what he did while he played with the Atlanta Falcons. Vick was convicted of killing pit bulls while he was part of a dogfighting circuit. There are nearly 500,000 people that are petitioning for him not to be part of the Pro Bowl. The reason is that he killed innocent animals and as a result of that, he has been mentoring current NFL players. Now the way the Pro Bowl works is it like a draft where each team has three captains. Those captains pick a team of players. This is an exhibition game before the biggest game in the NFL, the Super Bowl.

I am going to look at both sided of this issue. Let’s start with the people that are protesting. Most of the planet are animal lovers. So anytime someone, or a group of people, hurt animals it doesn’t make them happy. So when it comes to Michael Vick, they will never be happy with him. Vick, as I said above, had an off the field dog fighting circuit. He was convicted and served time in prison. After he got out of prison, he has been clean. He also is a dog owner. What I have read is that no matter what he does he can’t please them. The people don’t want him tarnishing or giving them the wrong ideas of how to be an NFL player. They believe he will be more of a negative influence than a positive one. The problem is Vick will still be a captain. On top of that, he has already served his time and paid the price for his crime.

Now from what sports fans, also animal lovers, are saying. As many NFL fans will tell you they don’t care about the Pro Bowl. The players don’t care either. Most of the ones that are picked are either in the playoffs or heading for the Super Bowl. Most of them skip because of the punishment to their bodies during the season. The game means nothing. Most people don’t watch the game and it takes place one week before the Super Bowl. It will be played at Camping World Stadium in Orlando, Florida. The Super Bowl is in Miami, Florida. Michael Vick being a captain should not be an issue. The game means nothing and if players are willing to do the same thing he did then their not so smart. If the player is smart, he will look and say I will not make the same mistake.

I believe it is up to the people to believe what they believe. If they are against him being a captain in the Pro Bowl, then they will protest. There are many sports fans that say they don’t care about what he did because he served his time. Those fans also don’t care about the Pro Bowl. In the end, take the stand that you most believe in.