HBU Falls in Pre-Thanksgiving Bout with the Cougars 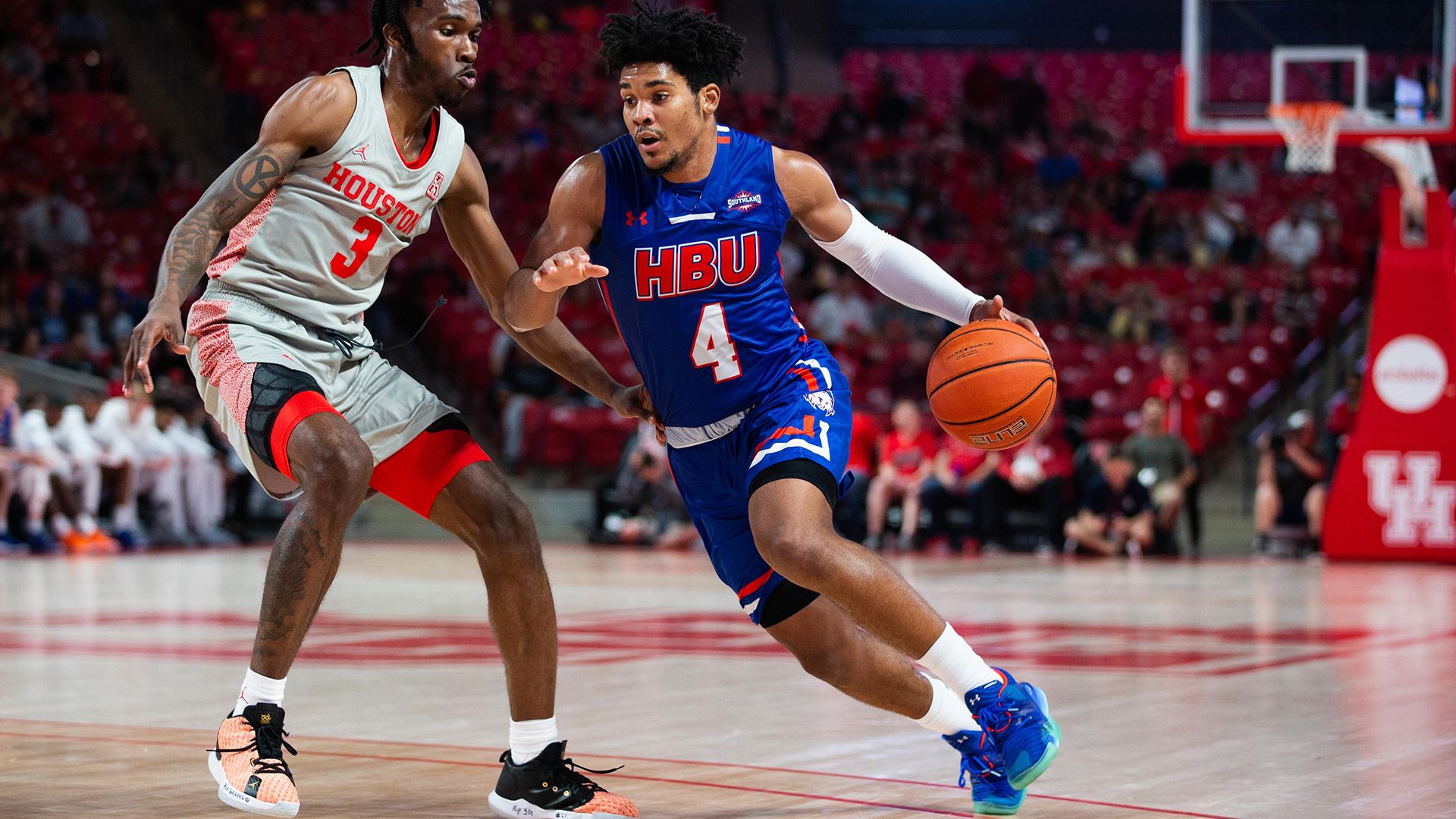 HOUSTON – HBU got a career-best 15 points from freshman Myles Pierre but fell to crosstown foe Houston on Tuesday evening inside the Fertitta Center by a score of 112-73.

The Huskies (0-5) fell behind amidst a flurry of whistles before the first media timeout with six fouls called on HBU within the first 4:11 of the game while Houston (3-2) raced out to a 15-2 lead. UH built that lead up to 17, leading 29-12 at the 10:03 mark. From there, HBU put up a 12-3 run with six points apiece from Ty Dalton and Myles Pierre, bringing the score to 32-24 less than two minutes later. The Cougars then kept the Huskies off the board for more than five minutes while mounting a 16-point run and ultimately taking a 56-33 lead into the half.

HBU trimmed its deficit to 18 at the 13:52 mark thanks to a quick 6-1 burst but the Cougars pulled away from there. Senior Jalon Gates scored eight of his 12 points in the second stanza.

Pierre led the Huskies with a career-best 15 points thanks to 5-of-15 shooting, including knocking down 4-of-8 from beyond the arc. The freshman also pulled down four rebounds. Junior Ian DuBose pitched in 13 points, four rebounds, and three assists while Dalton had a team-best six boards and five assists, matching a career-high.

The Huskies will have a week to prepare for their next opponent, visiting Dayton, Ohio to face off against the A10’s Flyers at UD Arena on Tuesday, Dec. 3.