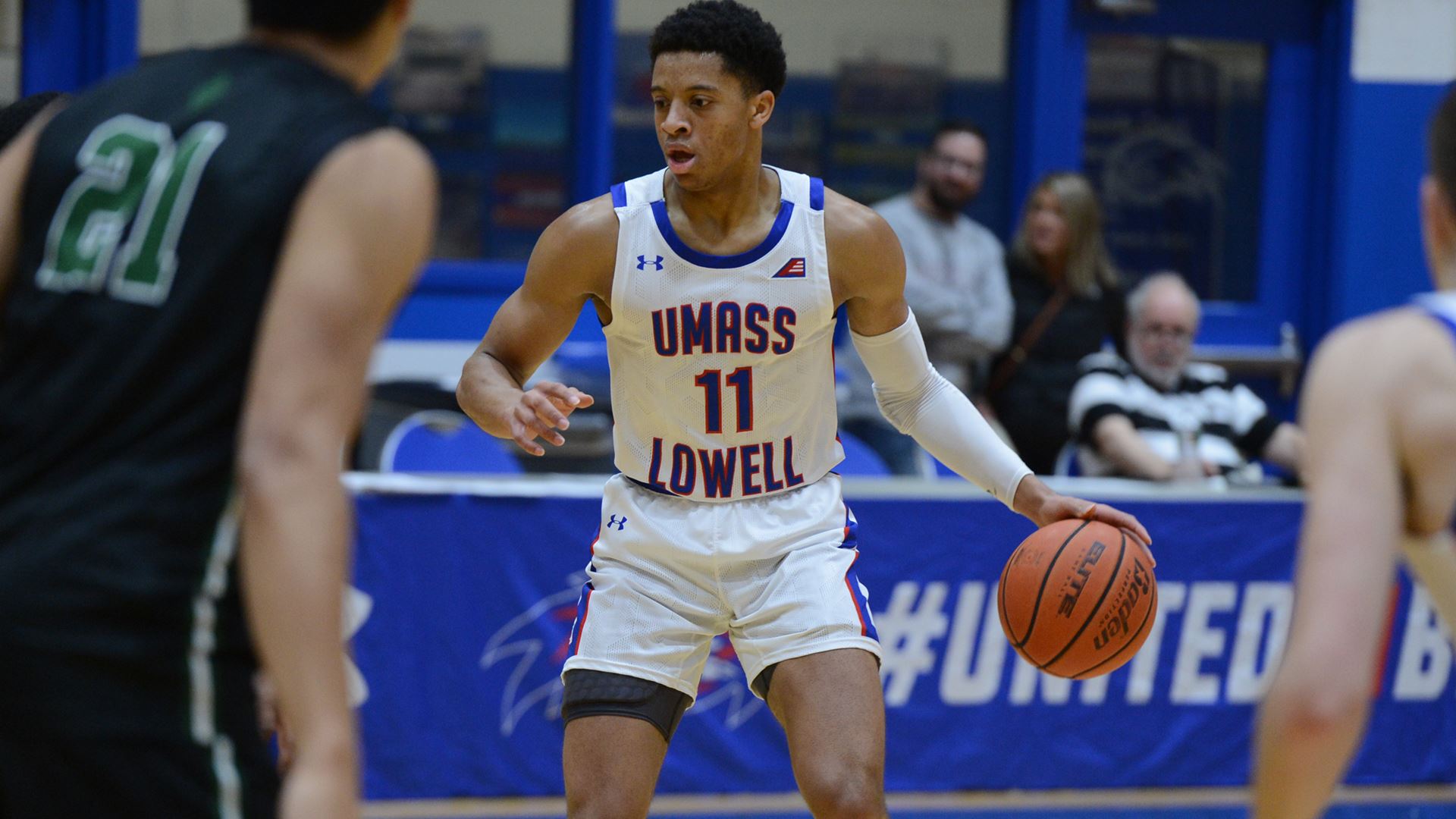 The coach was happy and so was his players, and why not. Its been a tough week for the UMass Lowell River Hawk basketball team. After losing all three games in there first ever invitation event, The team has spent the last several days taking a good hard look at themselves Through film sessions and time on the court. The River Hawks (3-5), needed to get things back on the right track. On Tuesday night, they took their first steps in that direction. Backed by five players in double figures, and a defense that did not allow a point over the final 4:28 of the game, the River Hawks snapped a three-game losing streak with a 75-63 win over Brown (4-2).

The River Hawks defense was good in several ways. First, they helped the Bears into 20 turnovers for the game which the River Hawks turned into 16 points. They held Brown to 20% shooting from three (2-for-10) for the game and only allowed the Bears to scored 24 points in the second half. Meanwhile, the River Hawks hung in there with a bigger Bears frontcourt down only six points in the paint (38-32). They got it done at the foul line after not taking a free throw in the first half. UMass Lowell made up for it in the second half making 14-of-16 for 87%.

The River Hawks jumped out of the gate fast with a 9-2 run to begin the game. Brown came right back after taking a timeout to settle things down. A 12-0 Bears spurt gave them a 14-9 lead with 15 minutes left in the first half. To make matters worse for the home team, there was foul trouble to some of their big men. The River Hawks got back to square one at 16-16 on a three-ball from Obadiah Noel (18 points, six rebounds). Once again, Brown went on a run to take a nine-point lead on a Dan Friday (13 points) dunk off a Lowell turnover. It was 27-19 Bears with 9:36 to go.

Brown would increase their lead to their biggest of the half on a layup in the paint from Lowell, Ma. native Tamenang Choh (13 points, five boards) to 33-21 with 5:48 left in the half. The River Hawks put their offense into high gear with a 16-4 run to tie the game at 37-37. The three-point shot was a big factor in getting back into the game. Three long distance makes by freshman Ron Mitchell (11 points, seven rebounds), Jordyn Owens (13 points) and Josh Gantz (10 points, four assists, four steals, three blocked shots) helped to create the fifth tie of the first half. Brown took a two-point advantage to the locker room on a Choh wing jumper, for a 39-37 Brown lead at the half.

The second half was close for the first fifteen minutes as there were two ties. Brown had the lead only once in the half at 57-56 on a Friday three with 7:14 left in the game. UMass Lowell had leads of five twice. The first time on free throws by Noel to make it 54-49. Then again at 56-51 on one of two free throws made by Owens. In the final 6:23, Lowell put the game away with their defense and good shot selection. A 14-6 finishing run gave the home team a much-needed win. Christian Lutete had six points (14 points, nine rebounds) in the final stretch run to help finish off the Brown Bears. The final score was River Hawks 75 Brown 63.

After the game, head coach Pat Duquette was “real happy with the win.” He also said: “it been a tough week for us as coaches and players. Everyone had to look themselves in the mirror and figure out how to get better.” Josh Gantz thought it was also “a good week to look at ourselves.” Noel was especially happy “with the way we locked it down at the end.” The Thanksgiving turkey should taste a whole lot better after this one.

The UMass River Hawks will be back in action on Sunday when they host Central Connecticut State at 1 PM.