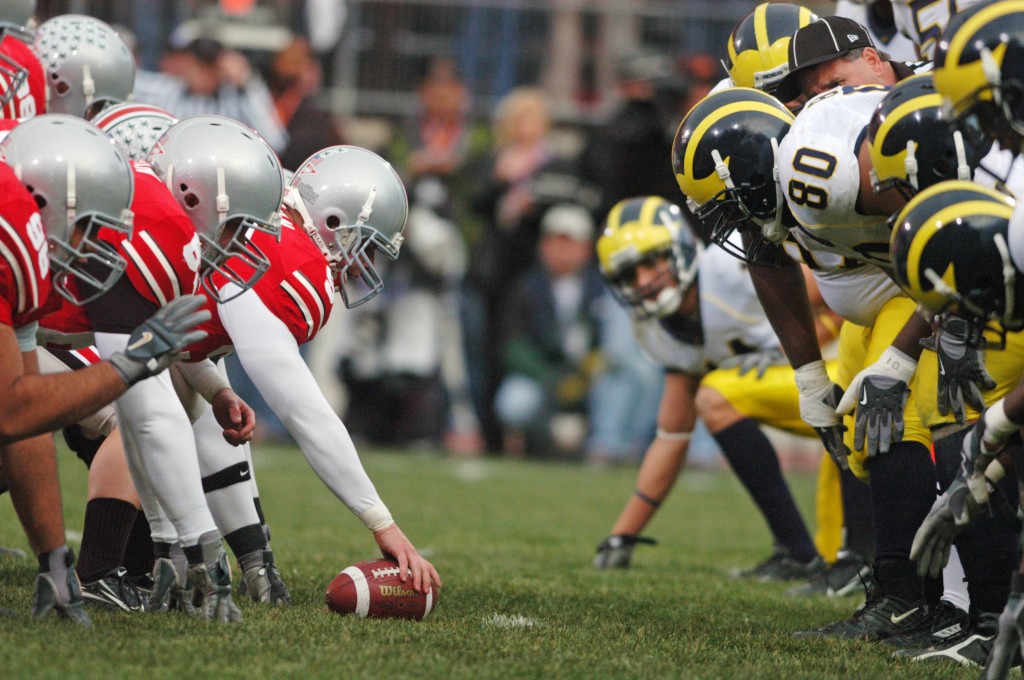 Like the Steelers and Pitt offenses, the bottom fell out for both my dad and I last week in Odds. My dad beat me with a record of 3-7… that’s pretty bad. I went 2-8 thanks to about six teams screwing me in the final few minutes of the game. As for WVU shafting me for the 6th straight week? They got kicked from the island for the last full week of NCAA games… enough was enough.

Next week it’s all NFL as there is only one NCAA regular season game left… that being Army vs Navy on December 14th.

The Team From Up North as my dad wrote back in picks is rolling right now. They have been since halftime of the Penn State game. Ohio State is ranked #1 right now, already blowing away Michigan State and Wisconsin while they were ranked. They were on their way to another big victory last week before imitating Baker Mayfield and turning the ball over like six drives in a row, allowing Penn State to cover and costing me a win in odds. The Wolverines haven’t beaten the Buckeyes in seven years, but what better way to make up for those losses than booting your most hated rival right out of the college football playoffs? Yes, I am calling not only for the cover, but Michigan outright… chalk it up! Go Blue!

Penn State shouldn’t have any problem doing what they do best…. beating up bad teams when it doesn’t count.

I find myself conflicted in this one, especially with the War Eagle being at home, but in the end, I ended up going with Alabama, as even without Tua Tagovailoa, the Tide remains formidable. Mac Jones keeps Bama’s slim hopes alive for a CFP berth.

Pitt ends the regular season not as they wanted to… playing for a chance to win the ACC Coastal division. Those hopes disappeared last week in their lackluster appearance vs Virginia Tech, in which Pitt’s receivers had more drops than an AT&T call in the country. 8-4 sounds better than 7-5, so expect the Panther’s defense to shut down the Eagles and the offense to bounce back from last week’s debacle.

Florida State has sucked all season, but in a rivalry game such as this, I can’t envision the Seminoles getting carved up by that much by their rivals from up north.

Like the game above, this is a rivalry, and these games almost always come down to the 4th quarter, if not the end. Oklahoma wins, but not by double digits.

The Lions are coming apart like that dummy in Airplane!, and with Matt Stafford out and Jeff Driskel hurting, the Detroit figures to be an early turkey dinner for the Bears.

Buffalo is 8-3 somehow… oh, yeah, they play a weak schedule. As for Dallas, if you thought Jerry Jones was pissed last week when they lost up at New England, God help them if they find a way to lose this week.

The Saints have been very average despite their lofty 9-2 record. They lost to these very same Falcons a few weeks ago, costing me my run in my Yahoo! Elimination Poll. By the time you are polishing off your 3rd feeding of the day, the Saints will have this wrapped up.

Cleveland wanted their rivalry back with Pittsburgh. Well, the bug does not have a rivalry with the windshield. It’s funny the scum from that filthy city in Ohio are acting like they’ve won the Super Bowl, but honestly fools… you’ve beaten the Steelers EIGHT times in 25 years. EIGHT! You won’t get to nine this year, as revenge is a dish best served cold, and it will be very cold on Sunday afternoon. The Steelers, even with Duck Hodges, will send the Browns hopes of making the playoffs right into the rubble that was Municipal Stadium.