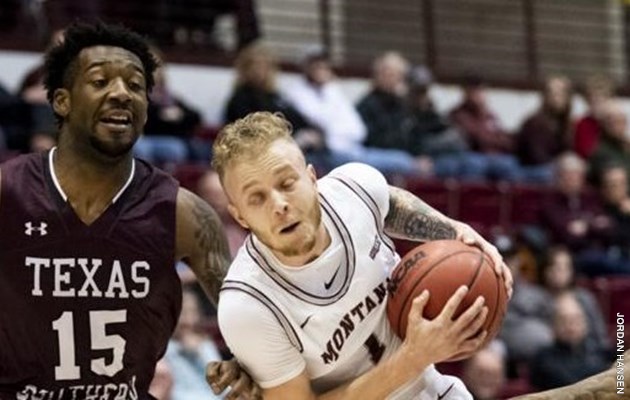 MISSOULA, Mt. – An 18-6 second-half run turned the tide of the game as Montana defeated Texas Southern 74-62 Monday night in the final leg of the Collegiate Hoops Roadshow.

The first half was evenly played as there were a total of six lead changes and five ties. The Tigers would claim an early four-point lead and led until the 10:14 mark. Montana would outscore the Tigers 12-6 over the next five minutes to lead 27-21 and had another six-point margin (29-23) with 3:50 remaining. The Tigers would fight back and tie the game at 29-all after a pair of John Walker III free throws at the 1:30 mark but Montana scored the final four points to lead 33-29 at the half.

TSU would tie the game twice within the first 3:07 of the second half but three turnovers and 2-for-5 shooting over a five-minute span changed the course of the game. On the other side of the court, Montana was perfect as they went 8-for-8 as a 36-36 tie turned into a 54-42 Montana lead with 11:22 left. TSU would close to within 10 points on three occasions over the remainder of the game but could never get over the hump as Montana won for the second time in the series history.

TSU is back at home this weekend as they’ll face Lamar Saturday night at 7 p.m. inside the H&PE Arena.