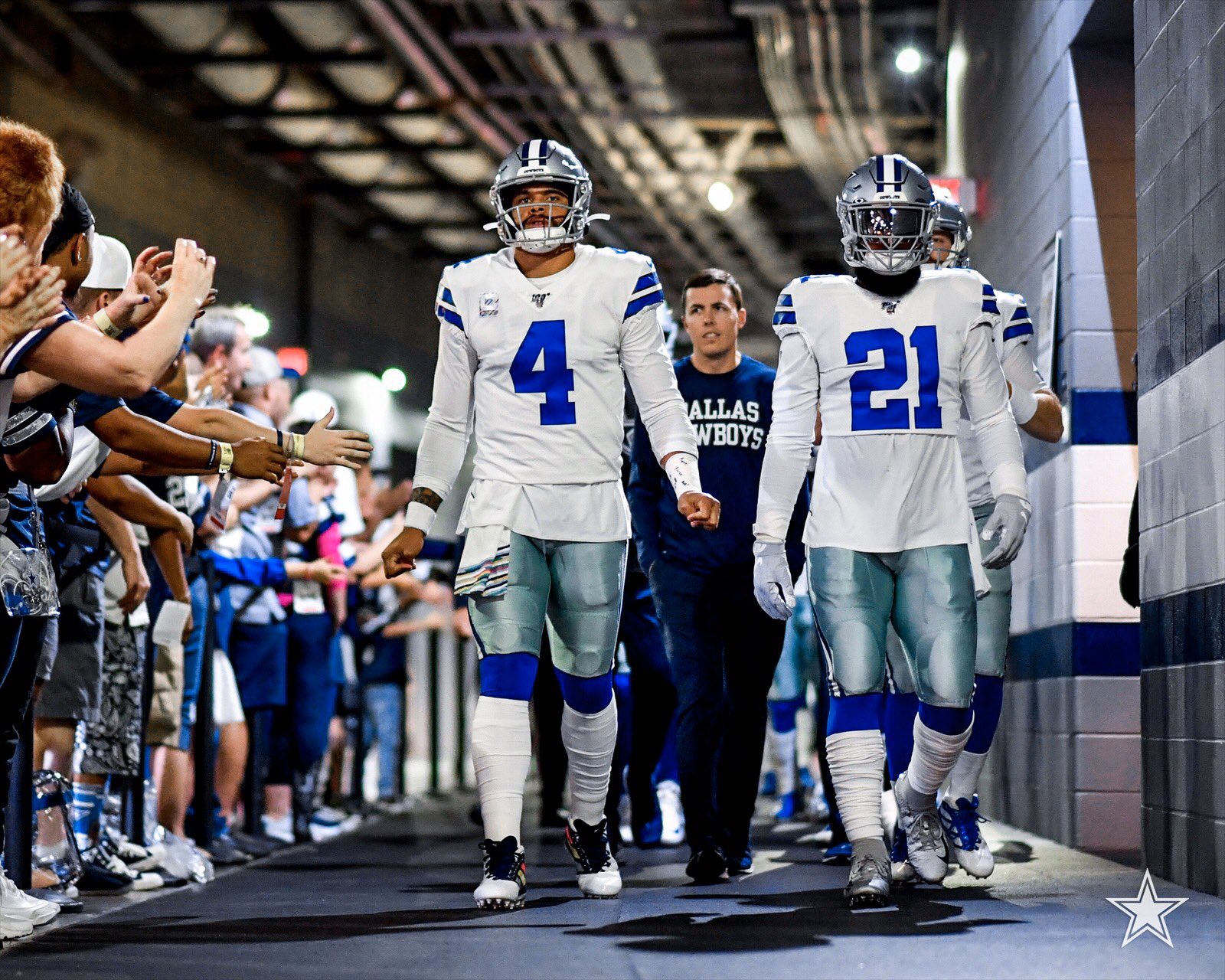 In 2019, we’ve started to see a slight twist as to how the Dallas Cowboys can win games now. No longer is the formula restricted to pounding to the ball with All-Pro Ezekiel Elliott behind a dominant offensive line. With this recent evolution of Dak Prescott, who’s playing at an MVP level, the Cowboys can keep defenses on their heels at all times.

In the NFL the goal is to be as balanced as possible on offense in order to keep defenses honest. At some point, one phase of your attack will be taken away or won’t be as productive depending on the particular opponent and how you match up with them.

The Cowboys provided Prescott with a legit number one receiver when they acquired Amari Cooper around midseason in 2018. The combination hooked up for 725 yards and six touchdowns in the final nine games as the Cowboys finished 7-2 and won the NFC East for the second time in three years. This provided plenty of momentum for Prescott heading into 2019.

In Week 1, Dak Prescott came out guns blazing vs the New York Giants. He threw touchdown passes to four different receivers and his for 405 passing yards set a new franchise record for a season opener. Also, he had a perfect 158.3 passer rating and led the Cowboys to a 35-17 victory. The following week, he continued his hot start vs the Washington Redskins on the road. He finished the game completing 18 consecutive passes including a perfect 14 of 14 in the second half and tossed three touchdowns in a 31-21 win.

He has three or more touchdown passes in five games and has thrown for over 400 yards three times so far this season. Currently, he leads the NFL in passing yards and QBR and is tied for second in touchdown passes. What this progression in Prescott’s game does is make it difficult for teams to stack the box to stop Elliott because it leaves them vulnerable in coverage against Amari Cooper, Michael Gallup, and Randall Cobb. Prescott has shown he can throw the Cowboys to victory if need be now that Offensive Coordinator Kellen Moore has taken off the handcuffs and allowed him to show just how good of a passer he really is.

Ezekiel Elliott has been the best in the NFL at the running back position since 2016. As a rookie, he led the league in rushing with 1,631 yards and was named first-team All-Pro. In 2017 he missed six games due to a suspension for domestic violence accusations but his 98.3 yards per game average led the NFL. Last season, his 1,434 yards got him his second rushing title as well as his second All-Pro selection.

So far in 2019, Elliott is quietly having another good season. He’s rushed for 833 yards and seven touchdowns and is also tied for second in the NFL with five 100-yard games (Cowboys 4-1). Even with Prescott playing the best football of his career, the threat of Elliott is still the main priority for defenses to stop. If he’s effectively moving the chains it forces teams to load the box to stop him, which makes it easier for Prescott to spread the ball around through the air.

The Cowboys have the league’s top passing offense because of Dak Prescott taking his game to another level. However, behind the legs of Elliott, the Cowboys also possess the league’s seventh-best rushing attack. If for some reason the passing game should struggle this team can still ride the coattails of Elliott and win ball games.

Prescott and Elliott are arguably the best two-headed monster on offense there is in the league. If you eliminate one phase of this offense the other is more than capable of getting the job done. The Cowboys are in the driver seat to repeat as NFC East champs, and if that is to come to pass, their top two offensive weapons will be one of the main reasons why.