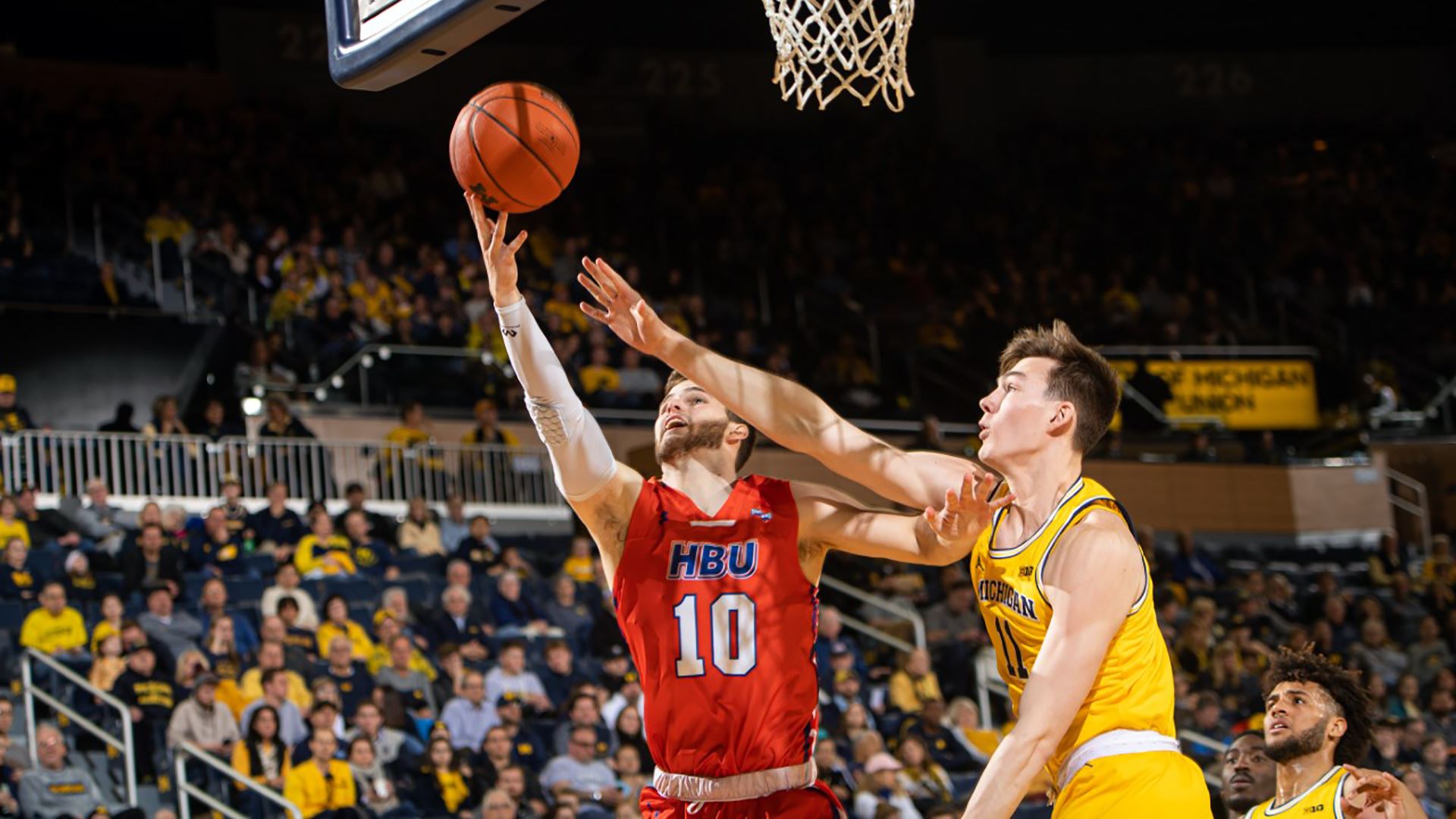 Ian DuBose leads the Huskies with 16 points and seven rebounds

ANN ARBOR, Mich. – HBU was unable to recover from a fast start by the host Michigan Wolverines, falling to the Big Ten power by a score of 111-68 on Friday evening inside the Crisler Center.

Michigan (4-0) jumped out to a 12-4 lead on the Huskies (0-4) after a second-chance layup from Ian DuBose less than four minutes into the game. The Wolverines then used a 14-point run to push their lead to 22 just over four minutes later. Michigan entered the game averaging just under 24 three-point attempts per game but took 19 in the first half, connecting on nine to build their halftime lead to 63-26.

In the second half, HBU came out and scored the first two buckets with a Ryan Gomes putback and a runner from DuBose. Michigan then led 73-33 after an Isaiah Livers dunk but the Huskies responded with a 12-2 run, with eight of those points coming from Jalon Gates, to bring the score to 75-45 with 12:53 remaining. That was as close as the Huskies got the rest of the way with Gates scoring 10 in the second period.

DuBose led the Huskies with 16 points and seven rebounds, connecting on 3-of-5 from behind the arc. Gates, meanwhile, added 15 points and snagged a career-best three steals. Freshman Myles Pierre added a career-high 13 points, knocking down 5-of-11 from the floor. Gomes set a new career-best mark on the boards, pulling down six rebounds while also adding six points.

Michigan held a 46-36 advantage on the boards but the Huskies turned 10 offensive rebounds into 14 second-chance points. The Wolverines scored 52 of their points in the paint and took advantage of 19 HBU miscues with 29 points off turnovers.

HBU will return home for its first game of the season in the Bayou City, heading to Third Ward to face the Houston Cougars at the Fertitta Center on Tuesday, Nov. 26. Tip-off for that game is set for 7:00 p.m.