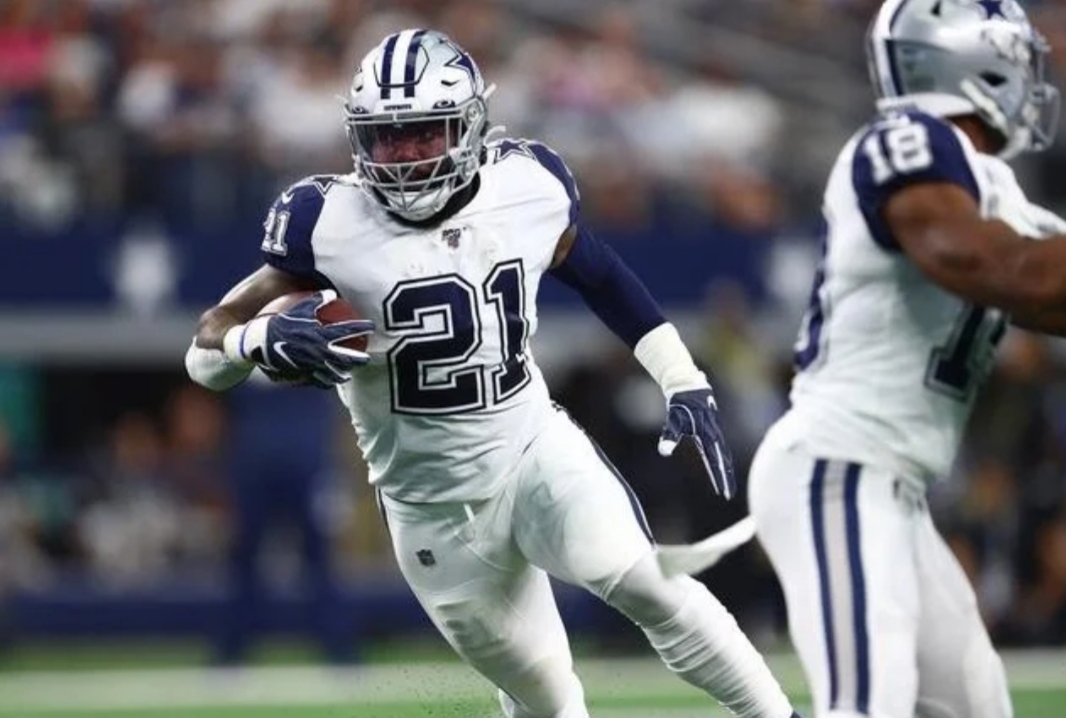 The Dallas Cowboys have played three games and won all three. Defensively, they rank 15th against the pass and in total defense, 10th versus the run and are only allowing 14.7 points per game. Dak Prescott is off to the best of his career, Amari Cooper is unguardable and Tony Pollard is proving he wasn’t just an offseason sensation. However, if you pay attention closely you’ll see that All-Pro Ezekiel Elliott is quietly picking up steam towards another rushing crown. With 289 yards in the first several weeks, he’s off to the best three-game start of his career.

Elliott simply knocked the dirt off the tires so to speak in week one with 53 yards on 13 carries against the New York Giants. Once the juices were flowing he would return to the home of the Washington Redskins, the site one of his best career rushing performances in 2017 with 150 yards. He would grind out tough runs all game, and as he sat on 84 yards late in the fourth quarter, he broke a 27-yard run that sealed the game and his first 100-yard rushing game of 2019.

The Cowboys came home week three to face the Miami Dolphins, and Elliott would establish himself early, to the tune of 86 yards on 13 carries in the first half in a tight 10-6 ball game. After the Cowboys went up 18 points in the third quarter, Elliott wasn’t needed much. His last carry came with just under the nine minutes to go in the fourth, but he still managed to finish with 125 yards on 19 carries.

Elliott now currently sits fourth in the NFL in rushing, averaging 96.3 yards per game, not far off from his career 101.2 yards per game average entering the 2019 season. This all with only a few practices under his belt due to his contract holdout, but as we have come to see, he hasn’t taken long to get back to the dominant rusher he’s been since 2016. 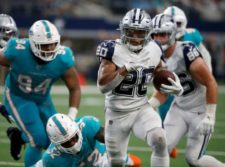 Another reason for this fast start is the continued growth of rookie running back Tony Pollard. Against the Dolphins he ran for 74 yards on eight carries in the fourth quarter, which included his first career touchdown run. In total, Pollard ran for 103 yards on 13 carries as he and Ezekiel Elliott became the first set of teammates to run for 100 yards in the same game for the Cowboys since 1998.

The All-Pro is embracing the rookie so far and his ability. With the Cowboys up big on the Dolphins, it allowed Pollard to close the show, as Elliott spoke on earlier this week: “I had a good amount of touches last game, we got up early, got to sit out the fourth quarter, Tony got his touches and he made the most of it,” Elliott said. “I think it’s great having Tony to spell me because there hasn’t been any fall off when he comes in there.”

The Cowboys top ball carrier also likes the style in which Pollard plays that game, as he also explained recently: “He’s just got juice. He’s physical. He’s fast. He runs angry. He runs with a chip on his shoulder.”

Not only is Ezekiel Elliott back to form, but he has Pollard, a capable backup to take some of the load off of him and keep him fresh, which will be vital late in the season when it’s time to wrap up playoff spots. 21 is back on his mojo and it doesn’t look like there’s any end coming soon.