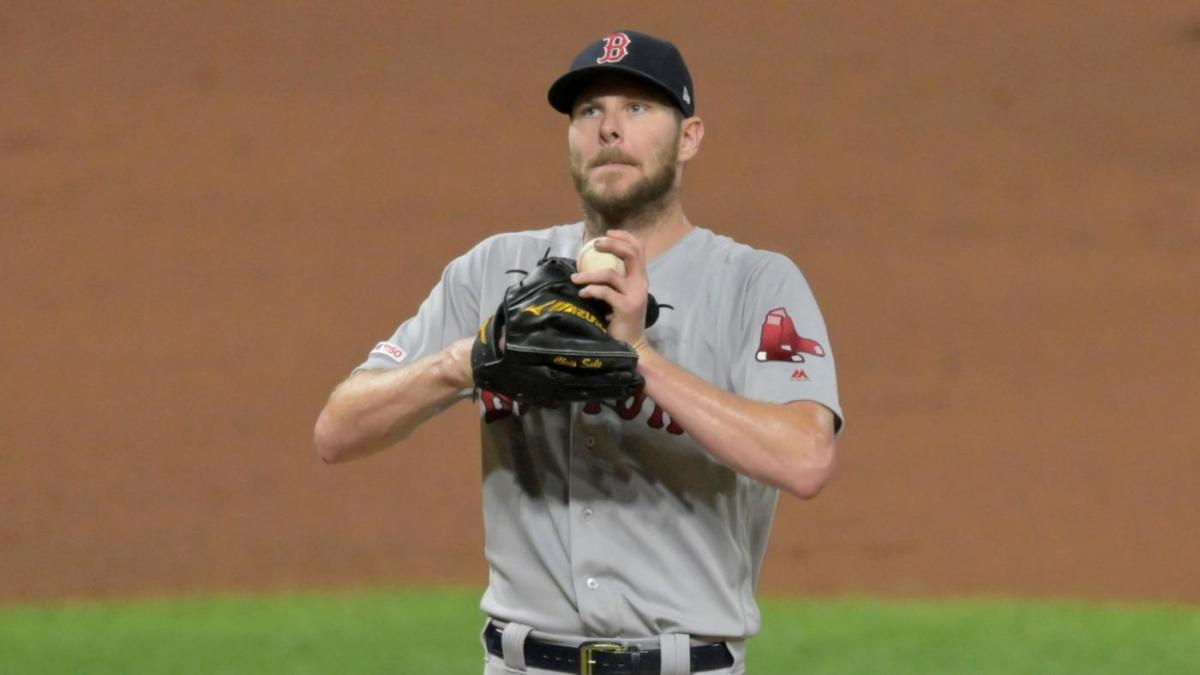 The previous week in MLB was about a starting pitcher in the American League being placed on the injured list, an outfielder in the National League will be sidelined several weeks, and a player makes history.

The Boston Red Sox might be without starting pitcher Chris Sale for the rest of the 2019 season, as they placed the left-handed pitcher on the injured list with elbow inflammation.

Red Sox general manager Dave Dombrowski spoke to the media a couple of days ago and mentioned Sale will seek a second opinion from renowned orthopedic surgeon Dr. James Andrews, per Bill Koch of the Providence Journal.

Dombrowski said Sale will be evaluated further. Club will seek additional opinions outside it's own medical staff, including Dr. James Andrews. Doesn't know when Sale will pitch again. #RedSox

The team is unsure if Sale will pitch again this season, per Steve Buckley of The Athletic.

“I don’t know where it’s going to take us at this point,” said Dombrowski of Sale going on IL with elbow inflammation. Does not know if he’ll pitch again this season.

The southpaw has struggled at times this season as indicated by his 4.40 ERA in 147 1/3 innings pitched (25 starts) with 24 home runs yielded 37 walks issued and 218 strikeouts.

Sale looks different on the mound this season for the Red Sox as he’s struggled to find consistency going from one outing to the next.

The Red Sox are probably going to miss the playoffs as they trail the Tampa Bay Rays by six-and-a-half games for the second Wild Card spot in the American League.

In normal circumstances, a team would hope a pitcher like Sale could come back in the final month of the season, but the best thing might be to shut him down for the year.

Sale did sign a five-year $145-million contract extension with the Red Sox in March, and they need him healthy in future seasons to have any chance of contending.

The Atlanta Braves will be without outfielder Ender Inciarte for several weeks as they placed him on the injured list with a right hamstring strain.

The #Braves today recalled OF Adam Duvall from Triple-A Gwinnett and placed OF Ender Inciarte on the 10-day injured list with a right hamstring strain.

Inciarte suffered in the injury as he rounded third base to score a run in the second inning of Friday’s game against the Los Angeles Dodgers.

He has a Grade two sprain which will sideline him for four to six weeks, per Gabe Burns of the Atlanta Journal-Constitution.

The timeline would presumably keep him injured until the end of the regular season, but Inciarte is determined to be ready for the postseason, per Mark Bowman of MLB.com.

Inciarte will miss 4-6 weeks. This means he might not return before the end of the regular season. But he says he’s determined to be ready for the postseason.

The loss of Inciarte is monumental for the Braves as he posted a .318 batting average and .991 OPS in his last 19 games.

He already missed two months earlier this season due to a back injury.

The Braves also have outfielders Nick Markakis and Austin Riley and infielder Dansby Swanson on the injured list.

The club is hopeful that Inciarte and the other injured players will be healthy when the playoffs begin.

Minnesota Twins outfielder Max Kepler made history a several days ago as he hit his 33rd home run of the season.

Kepler now owns the record for most homers in a season by a European-born player, per MLB Stats.

With Max Kepler’s 33rd homer of the season Friday night, he now owns the record for most HR by a European-born player (Bobby Thomson, 32 HR in 1951). pic.twitter.com/w7tgm6CsWj

The outfielder was born in Germany and broke the previous record of 32 home runs set in 1951 by Bobby Thomson from Scotland.