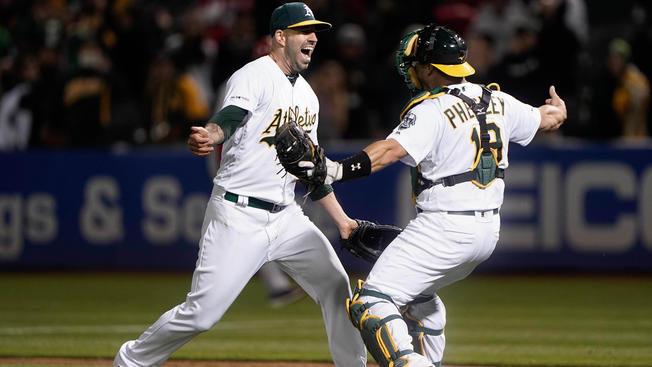 The prior week in MLB was about a starting pitcher in the American League accomplishing something special on the mound, another starting pitcher will be sidelined several weeks and an ace provides a list of teams he’ll veto trades.

Oakland Athletics starting pitcher Mike Fiers made history earlier in the week against the Cincinnati Reds as he tossed a no-hitter.

The no-hitter thrown by Fiers was the 300th in MLB history, including the postseason.

Mike Fiers is the owner of the 300th no-hitter in @MLB history (includes postseason).

The exciting part is that it almost didn’t happen.

The start of the game was delayed by more than 90 minutes due to a bank of lights which were only partially lit in left field.

The no-hitter by Fiers was preserved by two great defensive plays in the sixth inning, as infielder Jurickson Profar made a diving catch on a popup and outfielder Ramon Laureano robbed a home run from Joey Votto.

Fiers threw 131 pitches to complete his masterpiece on the mound.

This was the second no-hitter of his career as he threw one on Aug. 21, 2015, with the Houston Astros against the Los Angeles Dodgers, requiring 134 pitches, per MLB Stats.

Mike Fiers threw 131 pitches to complete the no-hitter. That’s the most since …

He’s the 35th pitcher to throw multiple no-hitters, per Sarah Langs of MLB.com.

There are 35 pitchers, including Mike Fiers, who have thrown at least 2 no-hitters in their careers (incl postseason).

Fiers is the only one whose ONLY career complete games have been his no-hitters.

The brilliance by Fiers on the mound was the 13th no-hitter in the Athletics franchise and the eighth since the team moved to Oakland in 1968.

The most surprising aspect regarding the no-hitter is Fiers began the game with a 6.81 ERA.

He showed when a starting pitcher has command of all of his pitches and receives a stellar defense that extraordinary things can happen on a baseball diamond. The Tampa Bay Rays will be without a critical member of their rotation for several weeks.

Tyler Glasnow has a mild right forearm strain, per Juan Toribio of MLB.com.

#Rays announce that Tyler Glasnow’s MRI revealed a mild right forearm strain. He will be shut down from throwing for 7-10. Expected to miss 4-6 weeks.

Glasnow will miss four-to-six weeks and will be shut down from throwing for seven-to-10 days.

The right-hander was having a breakout season for the Rays as he was leading the American League with a 1.86 ERA.

He exited his last start against the New York Yankees early as he was shaking his arm several times during the outing before signaling team trainers to meet him at the mound.

The loss of Glasnow is significant for the Rays as they’re in first place in the AL East.

The club is hopeful their young starter can return later in the season as they will need Glasnow healthy to have any chance of winning the AL East crown.

San Francisco Giants starting pitcher Madison Bumgarner will be a free agent at the end of the season and is expected to be dealt this July at the trade deadline.

Bumgarner has a clause in his contract which allows him to block trades to eight teams and he’s provided those clubs.

Bumgarner chose teams strategically; list comprised solely of contenders that might want to acquire him from #SFGiants, not teams he wants to avoid.

The one thing all these teams have in common is they’re all contenders.

This wasn’t an accident as one of these teams will probably acquire Bumgarner.

The list isn’t about teams he wants to avoid, but it’s a way of Bumgarner gaining leverage.

If one of these teams and Giants reach a deal, then Bumgarner and his new club would presumably work out an extension for him to waive his no-trade clause.

However, if I’m a general manager of one of these teams, I don’t see Bumgarner as a rental.

He’s someone I want to sign to a long-term deal as soon as possible, considering what he’s achieved in his career, especially the postseason.

Bumgarner providing this list early was a smart move as it will allow him to control somewhat where he may end up. 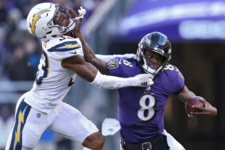