When the Baltimore Ravens selected Lamar Jackson with the 32nd pick of the 2018 NFL Draft, it was immediately thought of as a bad move. Most experts thought that Jackson would be a very effective running back or wide receiver because of his Michael Vick like speed. Jackson never really displayed much NFL quarterback traits at the time. Media personalities criticized Jackson and never really believed he would amount to anything at quarterback.

Jackson is set for the second year of his NFL career. While he doesn’t look as polished as he should be, he is an expert at throwing defenses off balance with his ability to run for 10 or more yards per attempt. The main issue is his ability to throw the ball with velocity as expected for any NFL starting quarterback. He does possess some arm strength as he can consistently pass the ball 50 or more yards with great lobs and touch passes. He needs to work on throwing the ball with more velocity. After all, would Ravens fans want Jackson throwing into double coverage with his velocity? He isn’t throwing with the ball with that much velocity. Browns quarterback Baker Mayfield can get away with throwing into double coverage but that isn’t Jackson’s strength. It was noted early on that Jackson usually throws the ball at 49 miles per hour. Mayfield throws the ball at roughly 59 miles per hour. Jackson does a great job when a receiver runs a vertical route and a lob pass is ideal. Jackson’s 58.2 completion percentage is alarming. He threw for 1,201 yards.

Throw velocity isn’t everything though. Buffalo Bills quarterback Josh Allen has slightly more throw velocity than Mayfield, as he threw it 60 miles per hour.

What does Jackson need to work on for his second year? He needs to increase his throw velocity to 64 miles per hour so he can devastate defenses with stronger throws when needed. His footwork was a concern as well, so he needs to improve that.  Jackson only started seven games since Joe Flacco was the starter. Jackson’s quarterback rating was terrible at 45.1. He threw six touchdown passes and rushed for five touchdowns. He rushed for 695 yards. Jackson’s longest rush was for 39 yards. 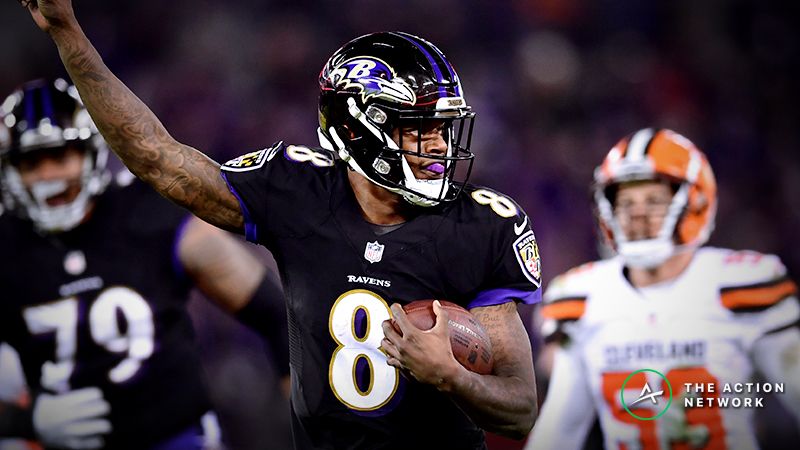 No one should expect Jackson to suddenly give receivers and tight ends the “Elway cross”. However, with increased throwing velocity, Jackson has the golden opportunity to be an elite quarterback. He is the same type of dual-threat that Vick was. Jackson is not a polished quarterback but he is far from terrible. He was selected to the Pro Bowl so that means something.

NFL News: Wilson to Denver, Wentz to Commanders is Just the Beginning