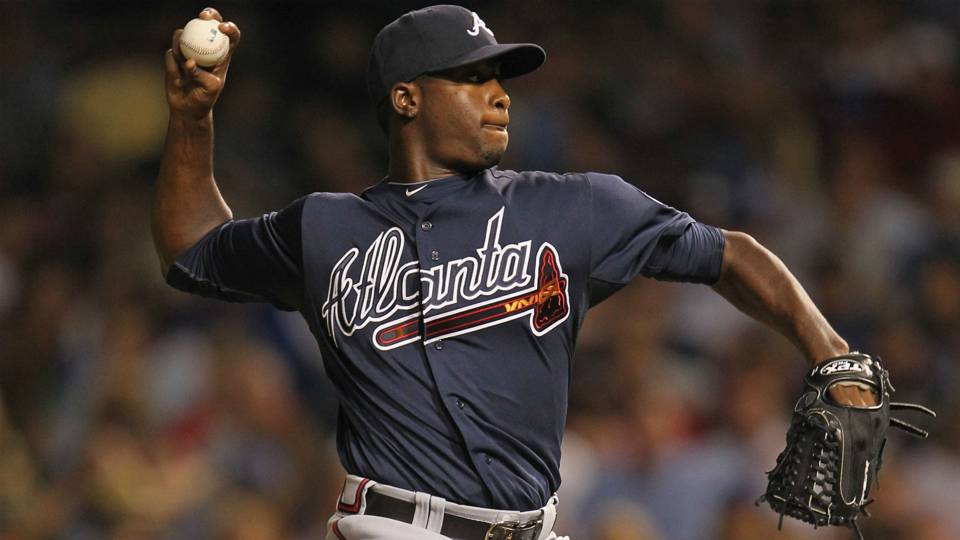 The last week in MLB was about a reliever in the National League undergoing surgery, a player signs a multi-year contract extension and a team in the American League could be without their best player moving forward.

The Atlanta Braves will be without a crucial member of their bullpen for the rest of the 2019 season as reliever Arodys Vizcaino underwent shoulder surgery a couple of days ago, per a club announcement.

Vizcaino was their closer when the season began and started the year off strong, by posting a 2.25 ERA in four appearances with one save.

The loss of a closer is a monumental blow for teams as it shuffles the bullpen and forces other relievers to occupy roles in which they may not find success.

The Braves will have left-hander pitcher A.J. Minter receive most of the save chances with Vizcaino out for the year.

The Braves have been linked to free-agent closer Craig Kimbrel as it would be logical for them to sign him since they’ve lost their closer for the year.

The significant aspect for the Braves as the season progresses is how well Minter pitches in save chances.

If he pitches effectively, they won’t have to spend money on Kimbrel and can utilize the money saved to address another possible need later in the year.

The Oakland Athletics have signed designated hitter Khris Davis to a two-year contract extension through 2021, per a team announcement.

Khris Davis agrees to contract extension with Oakland through the 2021 season.

“Oakland has been a special place for me since I arrived,” said Davis. “I love playing here in front of our fans, and my teammates make this feel, like a family.” pic.twitter.com/ty1TG3FkSl

Slugger Khris Davis and the Oakland A’s are in agreement on a two-year, $33.5 million deal, league sources tell ESPN.

Davis was set to become a free agent at the end of the season, and it was a smart move by the Athletics to sign him to an extension.

The designated hitter has started the 2019 campaign strong, by hitting 10 home runs and having 20 RBIs in 22 games.

He’s been one of the best sluggers in MLB the past three seasons, as indicated by him tallying at least 40 home runs and 100 RBIs in each year within that period.

Davis has also crushed the most home runs (146) in MLB since he was traded to the Athletics before the 2016 season, per MLB Stats.

Since being traded to Oakland before the 2016 season, Khris Davis leads @MLB with 143 HR.

The next closest player (Stanton) trails him by 19 dingers. pic.twitter.com/QyIwcoEUC6

Davis isn’t someone who will hit for a high batting average, considering his career average in seven seasons is .248 but does tremendous damage when he makes contact.

The New York Yankees will be without another key player for several weeks as they placed outfielder Aaron Judge on the injured list yesterday with a left oblique strain, per a team announcement.

Prior to today’s game, the Yankees placed RF Aaron Judge on the 10-day IL with left oblique strain and recalled INF Thairo Estrada (#30) from @swbrailriders.

Yankees manager Aaron Boone told Jack Curry of YES Network Judge has a “pretty significant” oblique strain, Boone wouldn’t give a timeframe on when Judge might return and mentioned the Yankees would re-evaluate the outfielder within two weeks.

Boone said Judge has a “pretty significant” oblique strain. He wouldn’t give a definitive timetable about when Judge might return. Said the Yanks need to get through the next 2 weeks and evaluate where Judge is at that point.

Judge suffered the injury during the sixth inning of Saturday’s game against the Kansas City Royals after a swing.

He grabbed his side after the swing, was in a considerable amount of pain and taken out of the game.

Judge has started the season stellar for the Yankees as indicated by his .288 batting average and .925 OPS in 20 games with 13 runs scored, two doubles, five home runs, and 11 RBIs.

The Yankees have several key players on the injured list, but the loss of Judge for an extended period is enormous.

He’s not only the Yankees best hitter but plays excellent defense in the outfield.

The club has dealt with several injuries during the first month of the season, but they’re still second in the American League East.

However, you to wonder how long they can remain in contention with all of these injuries.