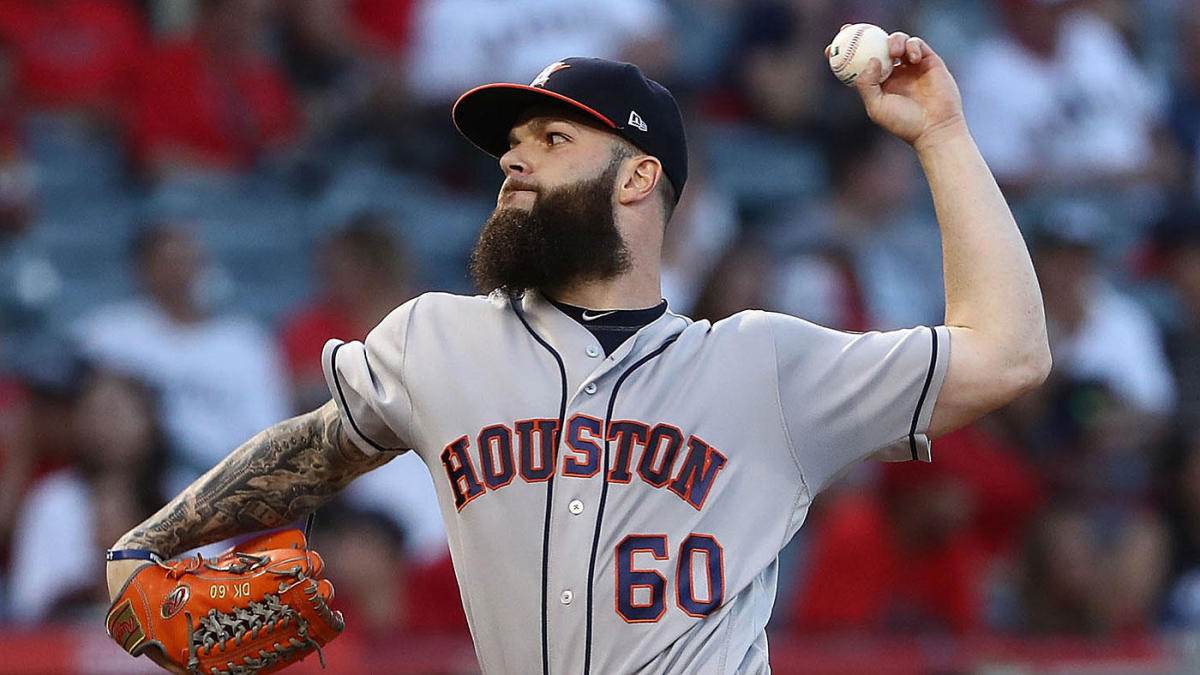 Dallas Keuchel remains a free agent, but it’s not for lack of offers. He has received one and two-year offers from the Houston Astros. The left-hander is seeking a bigger deal, but his terms are unknown, per Ken Rosenthal of The Athletic.

#Astros have made both one- and two-year offers to free-agent left-hander Dallas Keuchel, sources tell The Athletic. Offers not in range Keuchel is seeking. Desired terms not known.

The market for Keuchel hasn’t developed as he’s coming off a good but not great 2018 campaign.

Keuchel is just three years removed from winning the American League Cy Young Award in 2015 with the Astros.

He hasn’t been that same pitcher but is still a solid starter who can provide quality innings.

The important aspect regarding Keuchel moving forward is the respective team which signs him will have to wait several weeks before he appears in the regular season.

He’s already missed the start of spring training, and it’s crucial for starting pitchers to go through spring training to slowly build up their arm strength for the upcoming season.

The longer he waits to sign a deal, it will delay him from pitching in the regular season.

He underwent an MRI, which revealed rotator cuff inflammation and has been shut down for two weeks, said manager Aaron Boone, per Lindsey Adler of The Athletic.

Severino will receive an injection and anti-inflammatories, before resuming a throwing program, per Bryan Hoch of MLB.com.

Luis Severino’s MRI showed rotator cuff inflammation. He will be shut down for two weeks, receive an injection and anti-inflammatories, then resume his throwing program.

Severino won’t be available to start Opening Day for the team as Boone mentioned over the weekend that Masahiro Tanaka would start in place of him, per James Wagner of the New York Times.

Masahiro Tanaka will start opening day for the Yankees, per Aaron Boone, in place of Luis Severino (shoulder). He’ll be followed by James Paxton and J.A. Happ.

The good sign for the Yankees regarding Severino is the MRI showed just inflammation as it could’ve been worse.

The club has discussed signing free-agent starting pitcher Gio Gonzalez even before the injury to Severino, per Jon Heyman of MLB Network.

Gio Gonzalez has been discussed at least by some Yankees people, even before Luis Severino was scratched with shoulder “discomfort.” Rotation depth one of their only issues.

The possible addition of Gonzalez would allow the Yankees to have Severino’s injury heal properly.

The Texas Rangers have signed reliever Jose Leclerc to a four-year, $14.75 million contract extension, which includes two club options for 2023 and 2024, per Evan Grant of the Dallas Morning News.

If Leclerc builds on his impressive 2018 season, the Rangers will have a stellar reliever at a bargain.

The right-hander was already under team control for the next four years, and the extension ensures they won’t go through arbitration with Leclerc.