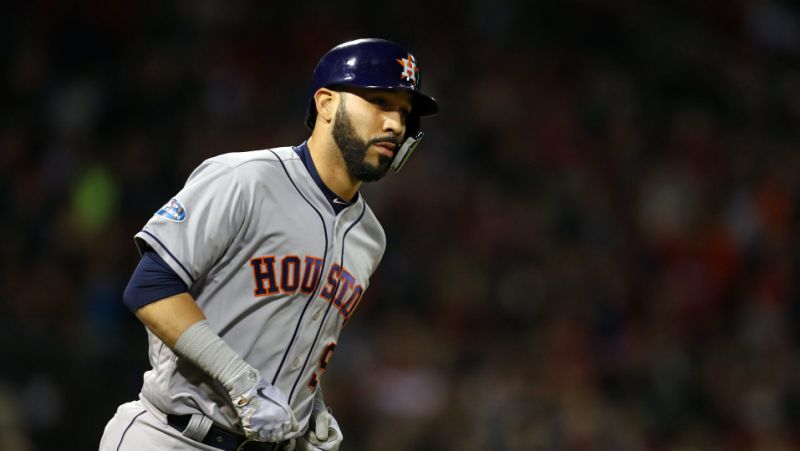 The last week in MLB was about a utility player signing a deal, a reliever may sit out the entire season, and the league introduces a new rule for spring training games.

The Minnesota Twins have signed utility player Marwin Gonzalez to a two-year, $21 million contract, per Jeff Passan of ESPN.

Utilityman Marwin Gonzalez is in agreement with the Minnesota Twins on a two-year, $21 million deal, league sources tell ESPN.

The Twins plan to play him at multiple positions including shortstop, per Jon Heyman of MLB Network.

Marwin deal with twins is pending physical. He’s driving from Miami to ft. Myers now. Plan is of course to play him all over the diamond, including ss.

The utility player brings versatility to the Twins as he’s played every position across the diamond except catcher and pitcher in seven seasons in the majors.

The addition of Gonzalez was a smart move by the Twins as he’s proven to be a solid hitter the past several seasons and his ability to play at multiple positions will be a massive bonus for them.

The other aspect Gonzalez would be providing is experience for a young Twins’ club as he played a critical role for the Astros winning the World Series in 2017.

Craig Kimbrel remains a free agent with spring training games underway, and he’s still on the market as he hasn’t received an offer which he believes is fair.

Kimbrel is considering sitting out the 2019 season if he doesn’t receive an offer that pays him what he’s worth, per Jim Bowden of The Athletic.

According to multiple GMs Craig Kimbrel asking price has still not come down and sources close to Kimbrel think he will consider sitting out the year if he doesn’t get close to his perceived value.

The right-handed reliever has been one of the best regular-season closers over the past couple of seasons.

Kimbrel has been an All-Star in each of the past three years and tallied at least 30 saves in each season within that timeframe.

The closer has been dominant in nine MLB seasons as indicated by saving 333 games (ranks 14th all-time) and owning a 90.7 save percentage.

The only negative for Kimbrel is he has struggled during the postseason. He has a career 3.92 ERA in the playoffs, and his ERA was 4.15 in the World Series with the Red Sox last year.

Kimbrel has been seeking a six-year, $100 million contract this offseason and it’s the main reason he’s still unsigned.

Kimbrel is worth that type of contract amount given his body of work, but teams aren’t willing to make to make a long-term commitment for a closer.

It would be surprising for Kimbrel to sit out the entire year as I expect him to sign with a club at some point during the regular season.

MLB announced a couple of days ago they will be using a pitch clock during spring training games.

More info from @MLB regarding the 20-second pitch timer that will be used during Spring Training games: pic.twitter.com/DfGsIisXxI

The utilization of a 20-second pitch timer will happen in three phases over spring training.

The first phase involves getting players and coaches familiar with the clock, the second phase to occur this week, umpires will inform pitchers and hitters who violate the rule, but no ball-strike penalties will happen.

The third phase, umpires will be allowed to issue ball-strike penalties for violations, which will depend on the status of negotiations with the Major League Baseball Players Association.

The reason for the pitch clock is to decrease the length of baseball games.

The average length of baseball games has been at least three hours in four of the last five years, per Baseball Reference.

The pitch clock if implemented during the regular season, might just shave a couple of minutes off games.

The possibly new rule would only impact pitchers who take their time throwing the ball.

There is one player who’s against having a pitch clock, and that’s Washington Nationals starting pitcher Max Scherzer.

According to ESPN.com, Scherzer discussed why he’s against forcing pitchers to throw the ball within a specified number of seconds:

Scherzer’s response speaks volumes as he’s not only one of the best pitchers in MLB but is a member of the MLBPA executive board, which gives him a seat at the table for negotiations.

I’m not in favor of the pitch clock either as it might force pitchers to throw the ball quicker than usual.

Also, pitchers have enough to worry about on the mound ranging from repeating their mechanics, remembering scouting reports for the opposing team and remaining in sync with their catcher.

The last thing they should have to focus is on a clock counting down for them to throw a pitch.