River Hawks’ Rally Halted in 6-2 Loss at No. 9 Georgia 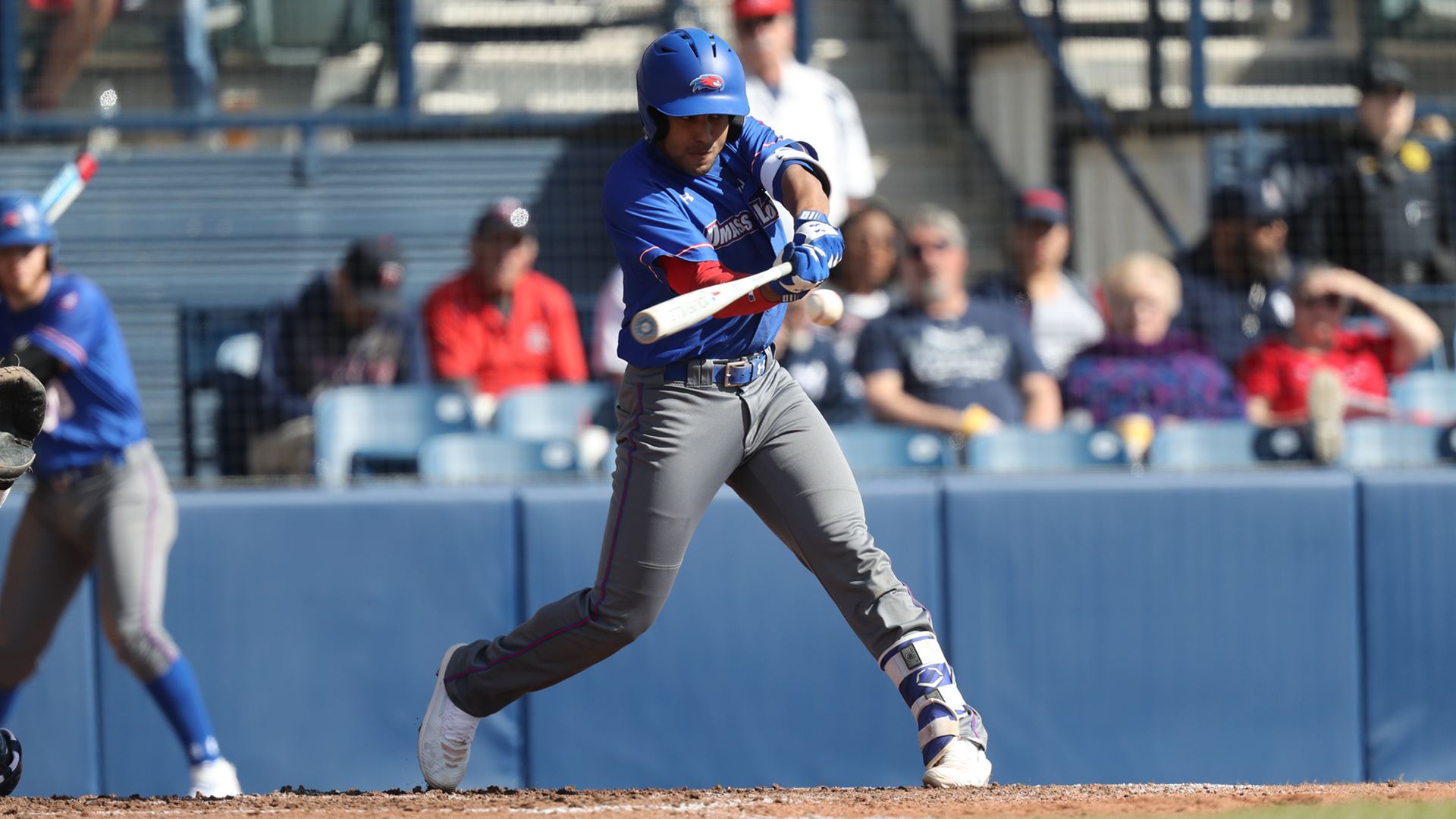 ATHENS, Ga. – After pulling within one run with a late-inning rally, the UMass Lowell baseball team dropped the series opener, 6-2, against No. 9 Georgia. Trailing 3-0 for most of the contest, the River Hawks (0-5) threatened to pull off the upset when Oscar Marchena (Miami, Fla.) doubled home Mark Tumosa (Willington, Conn.) and Joey Castellanos (Nutley, N.J.) in the eighth inning. The Bulldogs’ (4-0) extended the lead with three runs in the bottom of the frame on a pair of run-scoring singles to regain their three-run cushion at 6-2.“Nick Rand was really good out there today, and he gave us a chance to win,” remarked Head Coach Ken Harring. “Their second baseman saved two runs on a great play in the fifth, or things could have been different. We need to continue to get better each time out and we will. We look forward to getting back to the ballpark tomorrow morning.” After allowing three runs in the first two innings, Nick Rand (Hyde Park, N.Y.) settled down to strike out five in six innings, while scattering six hits. Georgia jumped out to a 2-0 lead in the first on a two-out, two-run single and added its third run in the second on another single. The UMass Lowell hitters were silenced until the fifth frame when Austin Young (Millbury, Mass.) recorded the team’s first hit following a Vinnie Martin (Lodi, N.J.) walk. Marchena’s big hit came with two outs in the frame, following consecutive singles from Castellanos and Tumosa. Cam Shepard drove in three for the hosts on three hits and scored twice, while Mason Meadows recorded two RBI. Emerson Hancock earned the win allowing one hit and striking out 10 in 6.1 innings. Both teams wrap up the series tomorrow with a doubleheader starting at 11 a.m.