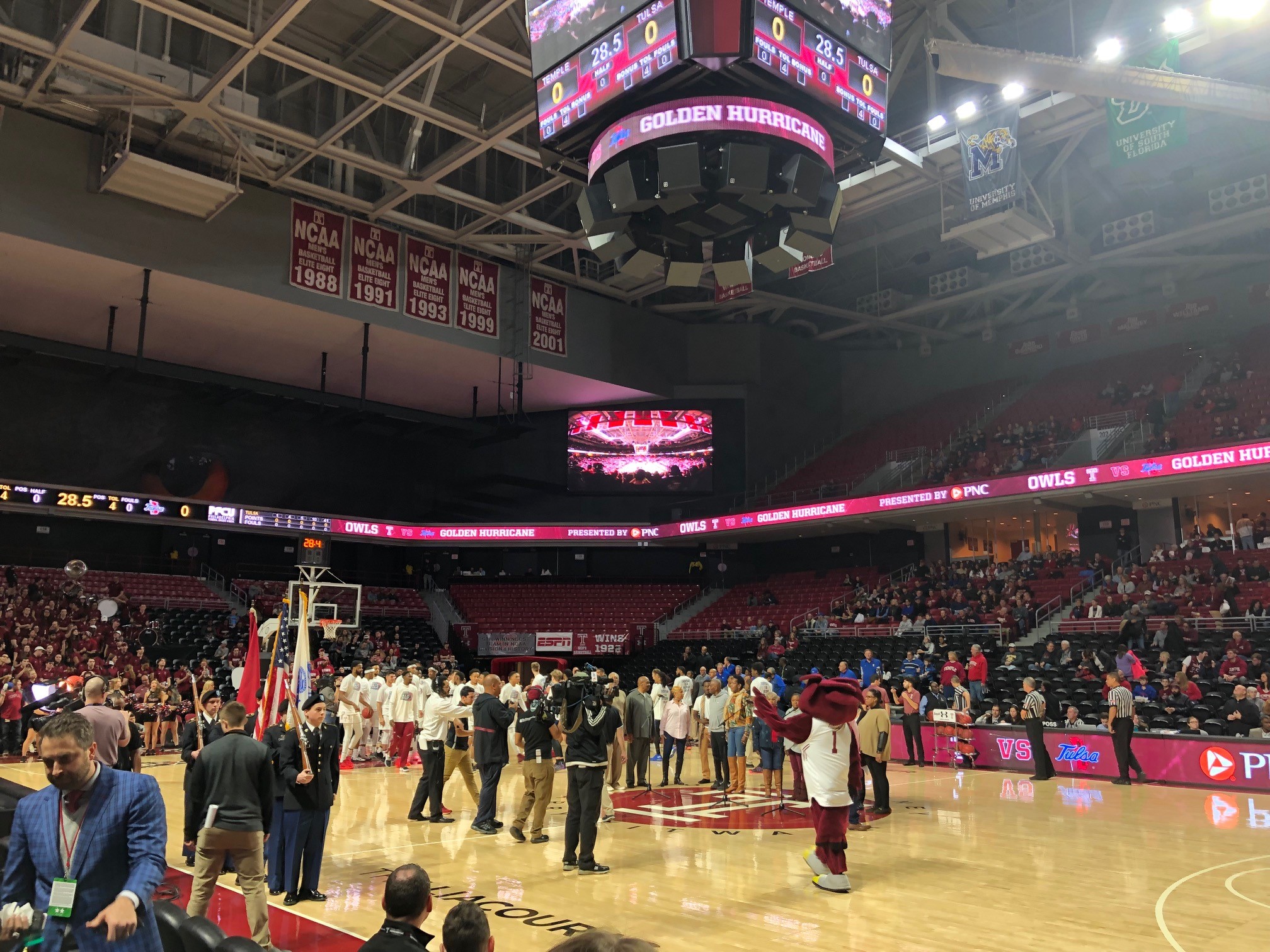 A late foul was called on Nate-Pierre Louis with under 30 seconds left in the game, giving Tulsa an opportunity to shoot one and one from the line. The crowd was not happy, and the Owls looked fed up with the constant whistles. Temple committed a total of 20 fouls on Saturday against Tulsa. However, their abundance of fouls had no effect on the outcome of the game, as they were able to pull out an 84-73 win at the Liacouras Center.

The Owls started to pull ahead with 10 minutes left, as they got a few open lanes that lead to Quinton Rose having three huge dunks to shift the momentum for the Owls. The Tulsa Golden Hurricanes were able to cut the Owls lead to five, 60-55 with 9:58 left. The Rose dunks opened it up, but the Owls were able to stay ahead due to their team play. Shizz Alston Jr. hit a few buckets late, including a few threes in the second half. Alston was also able to find Pierre-Louis for a nice lob pass that Pierre-Louis was able to convert into a layup.

The Owls were finally able to find the lane better in the second half getting 26 of their 53 second-half points in the paint. Rose was a huge part in that, as he ended with 23 points on the night while going 7-7 from the line.

Head Coach Fran Dunphy was very pleased with their ability to score inside in the second half and he especially liked what he saw from Rose.

“He took it, ripped through and threw a dunk down, that’s what we are asking him to do more of,” said Dunphy.

Temple also shot the ball better in the second, shooting a nice 58.8% from the field, compared to their 40.7% in the first half. A big part of that shooting increase came from Alston, who finished with 24 and went 4-9 from three.

In the first half, the Owls got out to a great lead, 20-8, but quickly let Tulsa creep back into things. The team got lazy and started to commit fouls that certainly did not help their case. At the half, the Owls looked out of it, yet still led 31-30. Luckily for the Owls, they came out of the half ready to play which led to their strong second half.

With the win over Tulsa, the Owls avenged their loss against them a few weeks back and tie the season series 1-1. Temple increases their season record to 20-7, while they are 10-4 in the conference. This win brings them one step closer to the NCAA March Madness tournament, which is the number one goal for the Owls, especially Senior, Shizz Alston.

When Alston was asked about how much he looks at the bracket predictions, he did not shy away from the question.

This is the ninth time that the Owls have reached 20 wins under Fran Dunphy, but the Owls certainly want to win even more, with their last few games approaching. The Owls will be on the road next, taking on a Memphis team that they have already beaten.