River Hawks Battle But Drop Twin bill at No. 9 Georgia 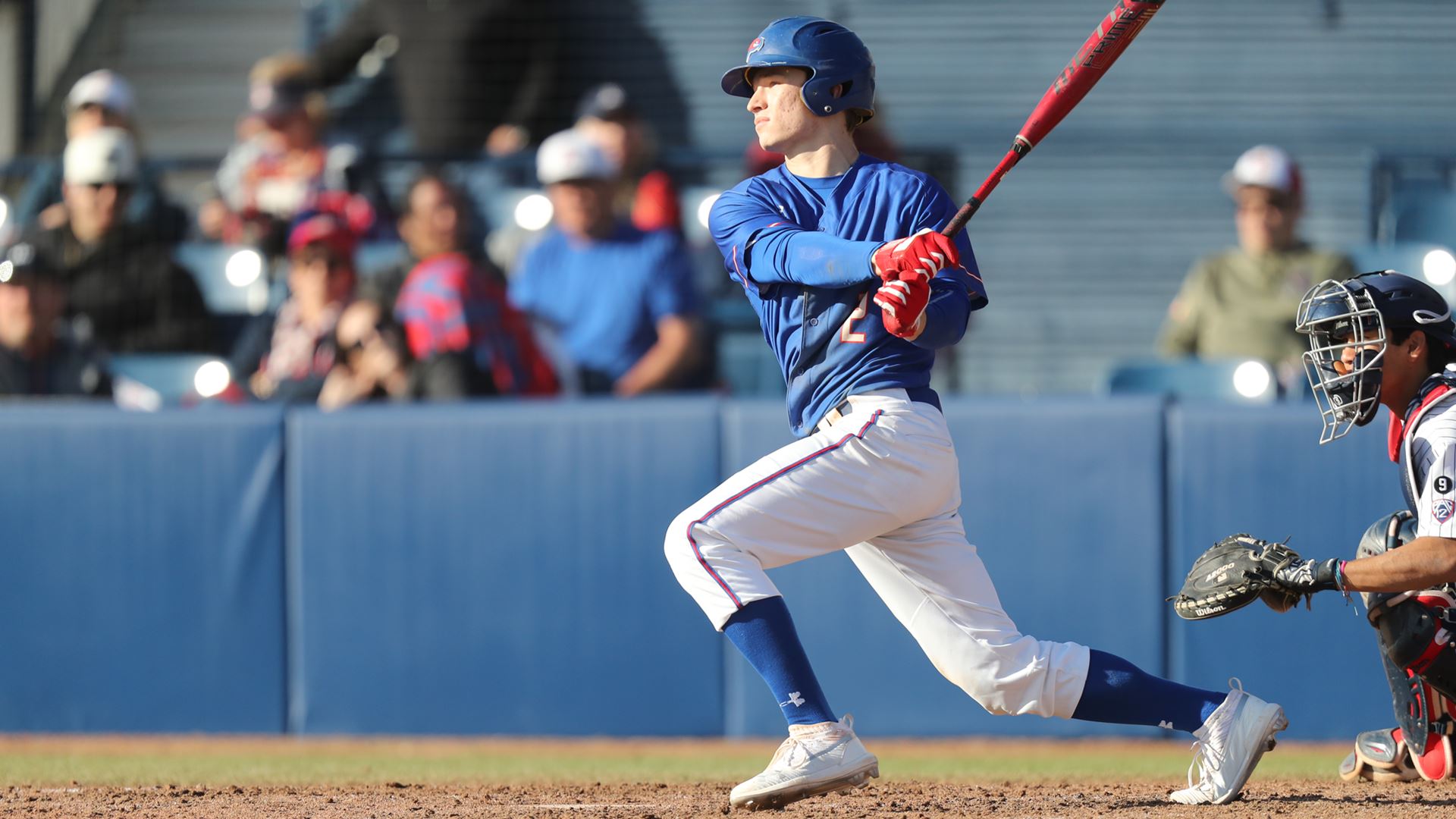 ATHENS, Ga. — The UMass Lowell baseball team fought hard throughout the day but dropped both games of the doubleheader at No. 9 Georgia on Sunday.

“We played a very good Georgia team,” said Head Coach Ken Harring. “It was a great experience for our program to compete in an environment like that. These games will make us better in May.”

Oscar Marchena (Miami, Fla.) concluded his impressive weekend with three RBI, while both Steve Passatempo (Medford, Mass.) and Mark Tumosa (Willington, Conn.) both homered for the River Hawks (0-7). Passatempo and Trip McCaffrey(Mullica Hill, N.J.) drove in a pair of runs, as well.

GAME 1
Georgia took control of the contest with eight runs in the first inning, including three before an out was recorded.

Tumosa led off the third with his first home run of the season to get UMass Lowell on the board. Following a pair of walks, Vinnie Martin (Lodi, N.J.) produced a two-out single to score Passatempo.

After four unanswered Bulldog runs, the River Hawks put up three in the sixth, highlighted by a Marchena two-run single. Prior to the base knock, UMass Lowell was able to load the bases with one out and Robert Gallagher (Mullica Hill, N.J.) drew a walk to record his first career RBI.

In 2.2 innings of relief, Joshua Becker (Burlington, Mass.) scattered four hits and struck out three, while only allowing one unearned run

GAME 2
Passatempo began the series finale with a solo shot in the first inning to give the visitors their first lead of the series.

The Bulldogs plated two in the bottom of the frame to jump in front and extended the advantage with a grand slam in the third.

McCaffrey brought the River Hawks within three with his two-run single in the fifth, after Martin and Michael Young(Chester, N.J.) reached to begin the frame. In the eighth inning, Marchena recorded an RBI groundout and Passatempo doubled home Tumosa to cap off the scoring for the visitors.

Passatempo (3-4) and McCaffrey (2-5) combined for five of the River Hawks’ six hits in the finale.

UMass Lowell returns to action next weekend with a three-game series at No. 6 North Carolina.