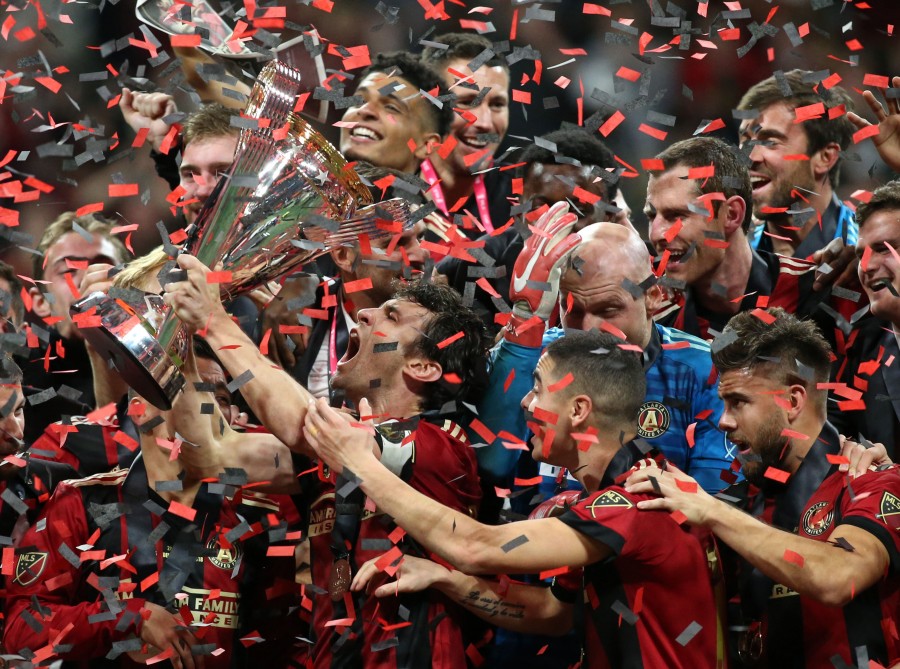 The conclusion of the MLS season was finished off Saturday night as there is a new champion this season. In front of a record crowd, over 70,000 at Mercedes-Benz stadium, Atlanta United have lifted the cup. While being in the league only two seasons, there was little doubt that they couldn’t lift the cup.

While Portland looked alive in the first half, Josef Martinez ends things when he calmly scored in the 39th minute. Jeff Attinella had no chance after falling to the ground. Franco Escobar later doubled the score and the Timbers just couldn’t recover. In fact, Martinez became the third player in MLS history to score and assist in the finale.

Meanwhile, the Timbers magical run to the final ends bitterly. However, these boys from the ATL sure made some noise this season during the MLS season. Martinez and his 31 league goals were quite simply, unstoppable. The beautiful midfield/wing play of Miguel Almiron added another dimension to this squad that was matched by no one in the league.

Overall, this season was filled with a raucous crowd of over 73,000, an MLS Cup final record. This is the first title Atlanta has claimed since 1995 when the Braves won it all in the World Series. As a matter of fact, the ATL really has waited a long time. However, it was worth the wait.

Unfortunately, Portland’s defense suffered immensely. Injuries and inconsistent play led to their defense not playing better. However, regardless of was out there, it wasn’t enough.

Truthfully, the MLS Playoffs as a whole proved to be entertaining. But, Atlanta had too much class on their squad to not win it all. Simply put, it was pure magic.

Until next season, Atlanta United are the cup holders. Will they repeat? Or will there be a new champ once more? As long as they have the MVP and coach Tata Martino, things will be fine.

Congratulations Atlanta. Congrats AUFC, and thank you to the fans. Another MLS season in the books. On to the next season. Once again, congrats to the ATL.

Until then, good night and see you all next season.