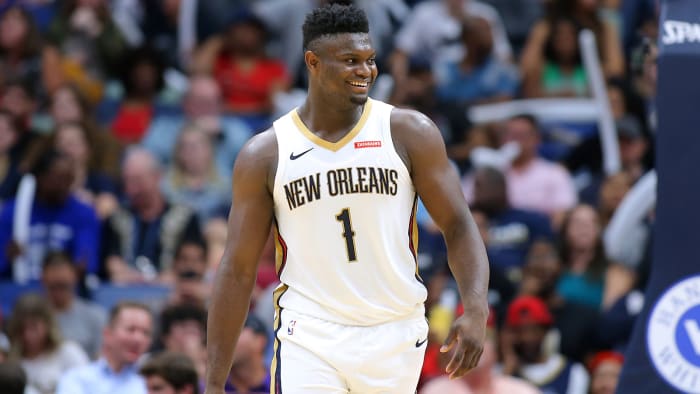 Despite playing limited games this season, Zion Williamson looks every bit like a number one overall pick. Just how good has he been for New Orleans?

The year of Zion is now in full effect. While the young rookie phenom started life in the NBA late, his presence has not gone unnoticed. In fact, just 15 games in and Zion is already giving voters something to think about for rookie of the year. So for those of you looking to put your money where your mouth is, take a look at the most profitable NBA betting odds.

Here are some of Williamson’s numbers through his first 15 games:

This is not a mirage. These are Zion Williamson’s actual numbers right now. To compare it to another rookie of the year candidate, here are the numbers for Ja Morant:

However, the key difference here is that Morant has played in 55 games this season while keeping the Memphis Grizzlies in the eighth spot. But watch out. Because the New Orleans Pelicans, and Zion, are coming for that spot.

In their first matchup, the Rookies Zion and Morant went at it, with the Pels coming out on top 139-111. Morant scored 16 points while shooting 7 of 12 from the field. Meanwhile, Williamson scored 24 points on 9 of 15 shooting. The biggest difference was while Ja was a minus 25 on the floor, Zion was a plus 25 on the court.

Despite the small sample size, both rookies are the real deal. In fact, in some ways, they can’t be compared. Both play different positions, and again, Ja has been healthy all season.

So, what makes Zion so special to New Orleans playoff hopes and future hopes? Is it the fact that he is 6-foot-6 with 285 pounds of pure strength and muscle? Or perhaps it is beautiful footwork? Or, maybe it is the fact that for a 19-year-old kid, he plays with an aura that hasn’t been seen since a young LeBron James?

My answer is all of the above. This kid is the real deal. How about the two times he has faced James? Here are their numbers:

How about the second rodeo?

Despite the loss, Zion managed to impress LeBron and earn some praise from the living legend. Now as the season moves to the last full month until the playoffs, the Pelicans sit 3.5 games back of the eighth place. However, it’s going to take more than Zion for New Orleans to make the playoffs.

This team has a very good chance of making the postseason. But, they are going to need help from Lonzo Ball, J.J. Redick, Derrick Favors, and the rest of the Pelicans.

Teams with the easiest schedules out West:

While that is important to keep track of, do keep in mind that Memphis also has one less game scheduled than New Orleans. Memphis has 21 games remaining, and the Pelicans have 22.

With Alvin Gentry at the helm, a decent team around him, and a favorable schedule, the Pelicans look more likely to make the last spot out West than the Grizzlies. However, don’t sleep on Memphis because Ja is also the real deal.

Despite the late return, Zion came back at the right time to help push this New Orleans team to better fortunes. It is an uphill battle, but doable. Maybe he doesn’t win rookie of the year, but if he can steer this team towards the playoffs, that would set one hell of a first-round matchup against LeBron James and the Los Angeles Lakers

Whatever the case may be, let’s hope Zion’s health remains great throughout his career because this kid is a marvel and a sight to see.

For more news on the NBA and the playoff race, stay tuned to NGSC Sports. Where we never stop. 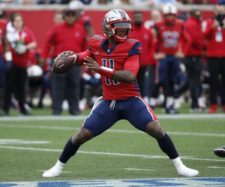 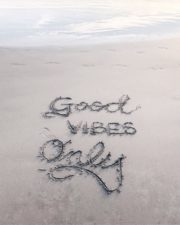 This season has not been an easy season for the Los Angeles Lakers so far. In most seasons, a LeBron...

With the holidays and the end of the year coming soon, the league is in full swing, with most teams...