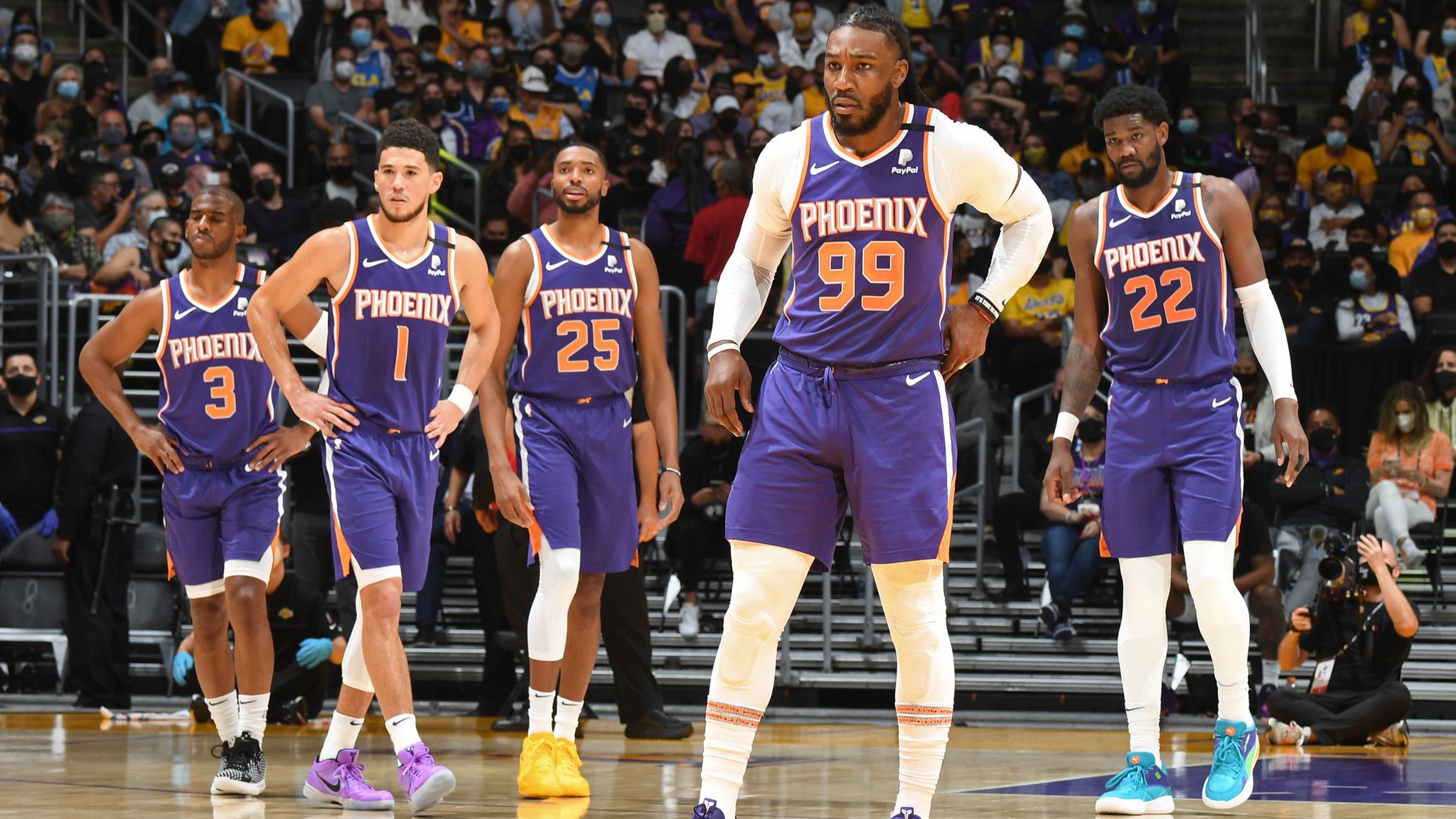 As of January 12, 2022, most teams have played between 39 and 42 games (with several being postponed due to a lack of players), meaning the NBA has reached the halfway point of the 2021-22 season. Over the last 40+ games, we have seen shocks, surprises, and more, all while the NBA battles Covid-19 and league protocols hammering teams. At this time, we take a look at some of the winners and losers of the 2021-22 NBA season at the halfway mark.

When the Phoenix Suns went to the NBA Finals after eliminating the 2020 Champion Los Angeles Lakers, Denver Nuggets, and Los Angeles Clippers, many thought they were a team that got lucky because of injuries. Halfway through the 2021-22 season, the Suns have shut up all the haters. As of this writing, Phoenix is 31-9, holding the best record in the NBA. They have an 18-win streak earlier this season, Chris Paul making the big men look great, and Devin Booker showing off as usual. In the last month, the Suns have had impressive double-digit wins over the Celtics, Lakers, Clippers, and two blowout wins over the Hornets, just to name a few. In the season series against their biggest threat in the west, the Golden State Warriors, the Suns are down 2-1, even though two of the games were within 10 points. Looking towards the rest of the month, Phoenix has a relatively easy schedule, with the only true threat being the Jazz two games in a row. Phoenix still has to play some of the East’s best in Brooklyn and Chicago, as well as the final game of their series against the Warriors (for now). There is no doubt that if they keep playing at the rate they are now, we will be seeing the Suns on the court into late May and possibly June in the NBA Finals.

The Los Angeles Lakers are still having a rough time halfway through the season. Anthony Davis is still out following his injury in mid-December, the odds of Russell Westbrook being a Laker by the end of this season are low, and everything is left on LeBron’s shoulders. In the last 12 games, the Lakers are 5-7. In those last 12 games, they’ve lost by 18 to the Timberwolves, 18 to the Suns, and by 28 to the Spurs. In the last couple of weeks, Russell Westbrook has been heavily criticized for his play, with many seeing what the Lakers could get back for him in a trade. The main problem with that is that there are not many teams wanting Westbrook. That was something the basketball world saw prior to the 2020-21 NBA season before he was traded for John Wall. Following their loss to the Memphis Grizzlies on Sunday night, Westbrook couldn’t help but laugh when a reporter started his question with “from a point guard’s perspective”. Westbrook has not seemed like the point guard of the Lakers in recent times, while many have also pointed out others not wanting to give him the ball in clutch situations. All is not bad for the Lakers though, as Malik Monk has been a standout in the Lakers’ last 10 games, averaging 20.0 PPG. Currently sitting in the 7th seed in the West, it may be do or die at the NBA trade deadline for the team’s playoff hopes.

Everyone in the basketball world already knows the story. “Worst free agency move”, “The Bulls are looking at the 7th seed in the East at best”, etc. DeMar has proved all of the haters and doubters wrong. He has been on fire so far this season and should be one of the main names in the MVP conversation. DeMar is currently averaging splits of 26.2 PPG (7th in the league), 5.2 RPG, and 4.8 APG. He hit back-to-back game-winners two nights in a row and has quickly become one-half of one of the best backcourts in the East alongside Zach Lavine. He’s currently one of the top vote-getters for Eastern conference guards for next month’s All-Star Game. If he keeps playing at his current rate, DeMar should be one of the finalists for MVP and the Bulls should be going deep into the playoffs. With the DeMar signed for the next couple of seasons, it would be crazy if Zach Lavine did not sign an extension in Chicago.

The basketball world is pretty much tired of hearing about Ben Simmons and the Philadelphia 76ers. Simmons is not playing another game for the Sixers, Daryl Morey is playing the long game in this entire Saga, and the Philly fans have proven why are they are typically seen as one of the more disliked fanbases in the league. The current rumor going around is that the Sixers are not only looking to move Simmons but Tobias Harris as well in a package. It would be very hard for the Sixers to move over $60 million at once. With Morey playing the long game in this entire saga, the odds of Simmons and Harris being moved by the deadline are low. That’s not good when you cannot tell for sure how long Joel Embiid will be in his prime or if he could get injured the next time Philly plays. While the team currently has the 5th best record in the East and is on a seven-game win streak at the time of this writing, it’s going to be difficult for the Sixers to get home advantage in the playoffs. The entire basketball world would agree that Simmons just needs to be traded already. That’s the only way Philly and Simmons will get past this entire saga.

Nobody expected the Cleveland Cavaliers to be in the position they are currently in. For the first time in a long time (post-Lebron era) the Cavs are looking like a serious team that can compete alongside the league’s best. Darius Garland is looking like a young star in the making while Evan Mobley is looking like he has the best odds to be Rookie of the Year. Kevin Love and Ricky Rubio (pre-injury) both look rejuvenated, and the team has several role players that have been pivotal to the Cavs’ success. The team had already lost Collin Sexton (who will most likely be moved), but losing Rubio has a big hit for the team. They immediately went out and got another veteran guard in Rajon Rondo. In the few games he’s played with the team so far, he’s averaging over 10.0 PPG, so he’s almost matching Rubio’s scoring. Currently sitting in the 6th seed in the East, the Cavs are holding on to the final playoff spot at the moment. With win’s over Chicago, Milwaukee, and Miami in the last month, the Cavs could easily take a game or two in the playoffs. No matter how the Cavs’ season ends, this season should be seen as a win.

The Atlanta Hawks had a surprising second half to their season last season after firing their head coach Lloyd Pierce and Nate McMillan took over. They eliminated the Sixers in the playoffs and took two games off the Milwaukee Bucks in the Eastern Conference Finals. So far this season, the Hawks have looked far from the Hawks that reached the ECF. Atlanta is currently 12th in the East with a 17-23 record, 3-7 in their last 10 games. Trae Young has looked like the superstar he is and there’s no doubt about that. John Collins has looked good here and there as well. Other than that, there haven’t been many other highlights for the team. Several players have come and gone through 10-day contracts as health and safety protocols hit the team hard. Players like Danilo Gallinari have underperformed this season, leaving the Hawks to look at what their options could be towards the deadline. In the last week, rumors have gone around that the Hawks could be interested in Ben Simmons, which is ironic given they’re one of the main reasons Simmons is in his current situation. While it could be beneficial for the Hawks on the defensive end, there’s no guarantee Simmons would be a good fit and that Philly would make the move. Atlanta should be on red alert right now. If they don’t make a move at the deadline, the odds of the Hawks making the play-in tournament are very low.

It had been over 940 days since basketball fans last saw Klay Thompson on the basketball court. A lot changed in the league during Klay’s time out. The Warriors roster saw significant changes while superstars went to new teams and the pandemic had its own impact on the league. Over two and a half years later, the league final saw Thompson return. In the two games he has played so far, Thompson has averaged 20 minutes and 15.5 PPG. He can still shoot from the three-point line and has fit right back in on the Warriors’ roster. Many have said it best; the league hasn’t been the same without Klay Thompson on the court. It’s obviously going to take some time for Klay to improve his conditioning. It’s good not only for the Warriors, but the NBA to have Klay Thompson back.

At the time of this writing, it was announced that Lillard will undergo abdominal surgery. While it is not expected to be season-ending, he is going to be out for 6-8 weeks minimum. The entire Portland Trailblazers’ season has been a mess so far. Damian Lillard has been out for a long time this season, CJ McCollum has spent time out this season, most recently with a collapsed lung, and the team has looked nothing like it has the last handful of seasons, which is ironic because the roster itself has been almost the same in that time period. Chauncey Billups brought drama to the team after his signing in the offseason alongside the summer saga of if Lillard wanted or did not want to be traded and the Neil Olshey investigation brought even more drama before he was fired. Jusuf Nurkic has expressed his own frustrations with the team. With the Blazers being the 10th seed and Lillard most likely being out until late March at the earliest, it’s time for Portland to blow it up. A blowup has been avoided for years, but Portland is not going to get any better in their current situation. Although he’s said he’s loyal and doesn’t want to be traded, Lillard needs a new team. The same could be said for McCollum and Nurkic. It’s likely the Blazers could end up in the lottery come the draft. 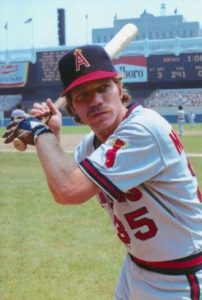 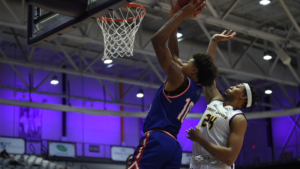