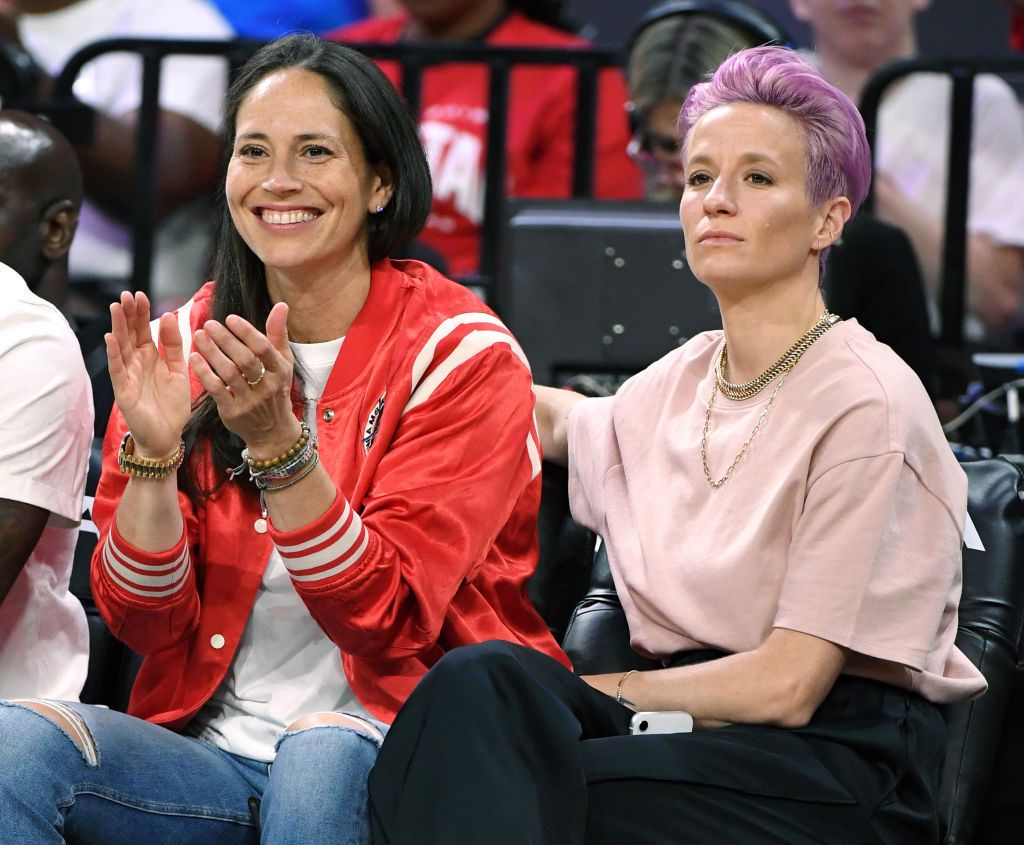 We have all heard of power couples, so here is one in sports. Usually, when you think of them it would be politics or in Hollywood. Most of them are straight couples. The one that I am going to talk about is a lesbian power couple. It features two of the best female athletes on the planet. One plays basketball in the WNBA the other is a forward playing for the USWNT. The couple I am referring to is Sue Bird and Megan Rapinoe. They just recently announced their engagement. Bird and Rapinoe could become the first known married couple of the same sex of US athletes to compete in the Olympics. Ashlyn Harris and Ali Krieger each made the USWNT for the Rio games but Harris was a backup goalie and did not play in a match. This was an awesome event to see. It was huge for sports.

Sue Bird is 40 and is considered one of the greats of the WNBA. Bird has won four WNBA championships and four gold medals. She has also won two national championships at UConn and four FIBA World Cups. Bird is one of only 11 women to attain all four accolades in sports. She is coming off her fourth title with the Seattle Storm. The Storm swept the Las Vegas Aces in the WNBA Finals which took place in Bradenton, Florida. Bird started her WNBA career in 2002 and has played all 14 years with the Storm. She has played in 519 games and started in all of them. Amongst all her accolades, she is an 11x All-Star. Being a four-time champion, she has played in 53 playoff games. Bird is an overall player as she can score and passes the ball. This is why her teammates love her.

Megan Rapinoe is 35 and is a United States soccer player. She is one of the best players ever to be on the pitch. In 2019, she was the best FIFA women’s player. Rapinoe has been on both of the United States’ most recent world cups. She went to the University of Portland. Rapinoe won a gold medal in 2012 at the London games. Most people do not consider women sports important. It is and Rapinoe is one that shines. It shows that women are great athletes. In the United States, women’s soccer has been more successful than men’s soccer. I would rather watch women’s soccer than men’s. I am going to be frank and say the reason why is because they win, and the men do not. The women’s team will continue to win more and more with players like Rapinoe.

I think that these two being engaged is great! I am not telling anyone to change their beliefs. It was great to see them both win a gold medal in the Olympics in 2021. I do not mind them both being female either. I know that some people do not like that. Both are great athletes in their respective sport. They both should be role models for young women to look up to. I also know that Rapinoe has not stood for the national anthem and done things to the American flag. We all have the right to do what we want I do not agree with somethings that people do. The future seems bright for both of them and now they are a power couple in the world of sports.

Albert Pujols Ends His Career in Final Game With the St. Louis Cardinals